Where to Stream Shazam? 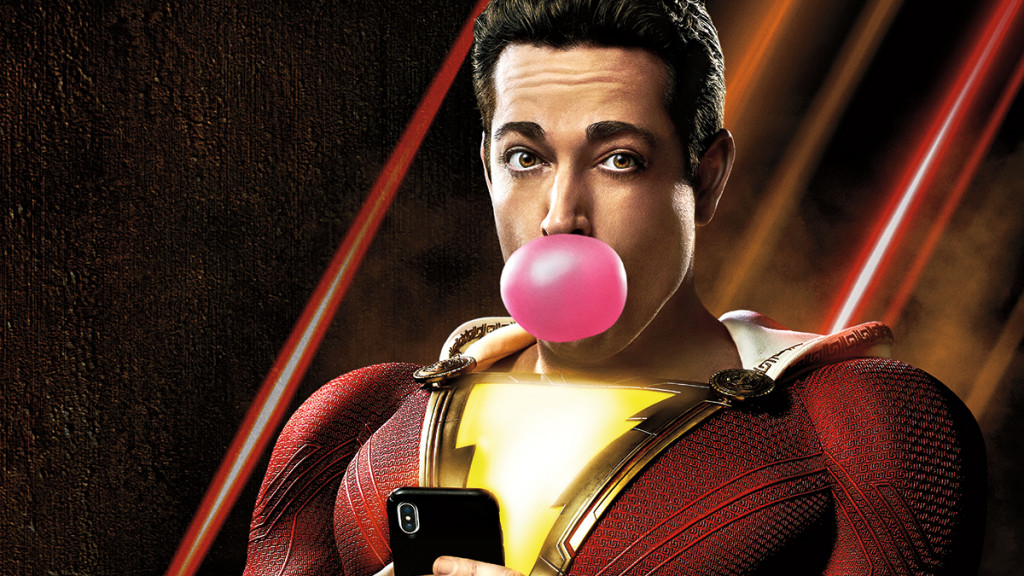 If you thought DCEU only made dark and brooding movies, you should check out ‘Shazam!’. The superhero film, which came out in 2019, is based on the DC character of the same name and is quite funny. One has to admit, it seems like DCEU is turning things around in terms of the tone of their movies.

It is no secret that DCEU has struggled to strike a balance between the light tone and the dark matter, and has oscillated to either extreme, resulting in previous projects that have not been too good. However, ‘Shazam!’ is proof that they can pull off light-hearted and fun as well as Marvel’s movies can. Although it has been one of the lowest-grossing movies of DCEU, the film has become a commercial success, with the tone of the movie being praised, as well as the performances.

In all honesty, I have always enjoyed DC comics more, and it really gladdens me to think that the movies might have finally found the right tone to churn out successful superhero films just like the MCU does. While a sequel to ‘Shazam!’ is being made, let us tell you about where you can watch the movie. However, before that, let us quickly walk you through the plot of ‘Shazam!’.

What is Shazam About?

‘Shazam!’ is actually the story of a teenage boy who can transform into an adult superhero with the help of magical powers. However, the film starts by showing us a scene in upstate New York in 1976, as a young Thaddeus Sivana (Mark Strong) is shown arguing with his father and brother about his belief in magic. He gets transported to the Rock of Eternity, which is a magical temple in another dimension. There he comes across the ancient wizard, Shazam (Djimon Hounsou), who is the last of the Council of Wizards. The wizard’s task is to find someone who is pure of heart and make him a champion by transferring all the powers. However, this potential champion has to be vetted, because the last champion was tempted by revenge and released all the Seven Deadly Sins upon the world. It turns out Sivana is not the right person, after all, because he is tempted by the Sins, and thus deemed unworthy and returned back to earth.

The story then moves to the present day and we see our hero Billy Batson, running afoul of the law, trying to track down his birth mother, who he lost at a fair. His string of troubles lands him in yet another foster home, where the people try to welcome him with open arms. He begins to bond most with Freddy Freeman (Jack Dylan Grazer), a superhero enthusiast. In the meanwhile, we see Sivana manage to return to the magical temple and steal the Eye of Sin, freeing the Deadly Sins, besting Shazam and returning to earth to kill his brother and his father.

Billy, meanwhile, shows his potential heroism, by standing up for his foster siblings in front of the school bullies. When chased into the subway, Billy is brought to this magic temple as well, and the wizard uses the last of his powers to transfer the power of Shazam to Billy. All Billy has to do to turn into the adult superhero, is utter the wizard’s name.

Back home, Freddy helps Billy explore his various superpowers, which include superspeed, electricity manipulation, super strength, near invulnerability, and as Billy later discovers, flight as well. Just like any kid, Billy is too drunk on these newfound powers to consider the responsibility that comes with them. He begins to skip school for money and fame, and his antics soon become viral online. Unfortunately, this captures Sivana’s attention, and he immediately challenges Billy to a battle.

Sivana’s aim is to eradicate Shazam since he is the only threat to the Seven Deadly Sins completely overruling the world. Billy as Shazam (Zachary Levi) has no idea about all this and is terribly underprepared. He is easily bested and barely escapes by turning back to Billy and using the crowd as camouflage. Sivana, however, deduces Billy’s identity and kidnaps Freddy as leverage. Billy’s identity as a superhero seems like a poorly guarded secret because his siblings deduce it too, and they help him.

First off, they help him track down his birth mother, and it turns out the separation at the fair was not as much accidental as it was intentional as his mother felt unqualified. Dejected, Billy returns to his real family, the ones who stuck up for him. Sivana decides to up the leverage and takes his entire foster family hostage, so Billy is forced to trade his powers for their safety. However, the siblings gang up on Sivana in the temple, and they realize that when all the sins leave Sivana, he is vulnerable to an attack.

This knowledge comes in handy when Sivana follows them to a winter carnival. This is where the final showdown takes place. ‘Shazam!’ is a tale of unity and family, be it in terms of Billy’s powers, or in terms of his character arc. It is all about strength in unity. Thus Billy shares the powers of Shazam with his siblings, using the wizard’s staff, and the siblings tackle the Deadly Sins. Billy as Shazam draws out the last sin, Envy, out of Sivana, and traps them all in the Eye of Sin. Naturally, Billy and his siblings are all hailed as heroes. They return the eye to the temple and realize that this could be a cool superhero lair for them. The movie ends with Billy showing up as Shazam to his school, as a promise to Freddy, and he invites Superman along with him as well.

In the mid-credits scene, we see the fictional supervillain Mister Mind approaching an imprisoned Sivana, while the end credit pokes fun at Aquaman, as Shazam tries to telepathically communicate with fishes. All this sounds fascinating, right? It is even more enjoyable to watch, as the film strikes a balance between heroism and humor. Thus, let us tell you where to watch ‘Shazam!’.

Is Shazam on Netflix?

Netflix has a ton of superhero content, some good, some bad. However, to be a premier content provider, you have to pick movies that work better with audiences. Unfortunately, in the near past, that has been Marvel movies and not DC movies. Thus the platform has more Marvel than DC content. While ‘Shazam!’ is not on Netflix, you can watch many of the Marvel movies that are, like ‘Avengers: Infinity War‘ and ‘Black Panther‘.

Is Shazam on Hulu?

Hulu is a quickly growing platform and they are making some smart additions to their content to become an enviable competitor among streamers. While ‘Shazam!’ is not available on Hulu, it has some exciting DC content to set the tone and fill the void that the movie’s absence might cause. Tune into ‘Teen Titans Go! to the Movies‘ or ‘Suicide Squad: Hell to Pay‘ and enjoy how being heroes can be funny at times.

Is Shazam on Amazon Prime?

Amazon Prime has a wonderful content library which is bested only by Netflix perhaps. While ‘Shazam!’ is not directly available to the Prime subscribers, you can rent or buy the movie and watch it on their platform. It costs $5.99 to rent and $19.99 to buy. Unless you are bent on keeping the movie in your library, we recommend that you rent it and save some money. Check out ‘Shazam!’ here.

Can I Stream Shazam Online?

No subscription to any of the major platforms? No worries. You can still stream ‘Shazam!’. All you have to do is head to Vudu, YouTube, or FandangoNow, to rent or buy the movie. All the sites charge $5.99 to rent it and $19.99 to buy it, with FandangoNow and Vudu offering ‘Shazam!’ in Ultra HD as well.

Is Shazam Out on BluRay and DVD?

Where Can I Watch Shazam Online For Free?

Look I know a lot of you might be skeptical about a DC movie that performed well suddenly, especially since DCEU has let us down numerous times. You might want to watch the movie before making a financial commitment. While you would be justified in your demand, unfortunately, you cannot view ‘Shazam!’ for free yet. You have to wait until it comes to one of the streaming platforms with a free trial period before you can see it.

However, we urge you to pay for all the art you consume, especially, when it is making an effort to deliver good content, like ‘Shazam!’.