8 TV Shows You Must Watch if You Love Genius 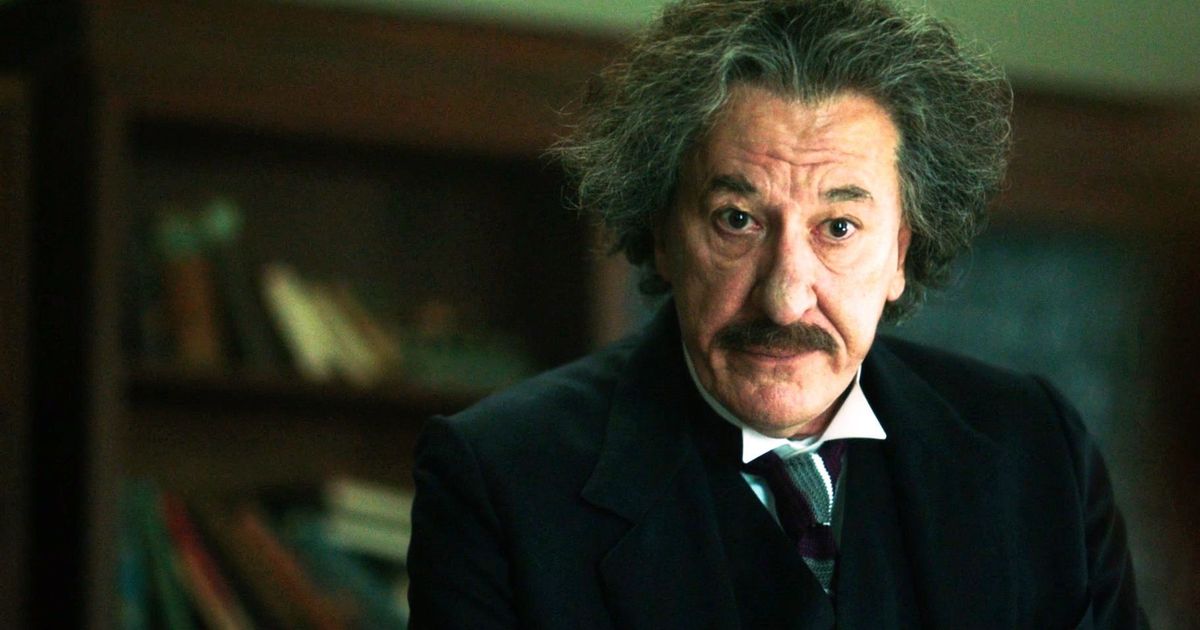 The National Geographic Channel has always made unique shows, but most of their shows have been unscripted, mainly focusing on nature, animals, people and the likes. Their shows have mainly been in the docuseries format. There is only one show from National Geographic which is entirely dramatized. The series I’m talking about is ‘Genius’. Two seasons of ‘Genius’ have been released, and each season covers a bonafide genius’ life in its entirety. While the first season focuses on the life of theoretical physicist Albert Einstein (played by Australian actor Geoffrey Rush), the second season is based on the life of Cubist painter Pablo Picasso (played by the famous Antonio Banderas).

Reports suggest that the makers of ‘Genius’ are coming out with the third season in 2020. And this season focuses on the life of the famous American singer Aretha Franklin. Such a docudrama series helps bring us closer to people or events that have left deep impressions on human history. If you love watching such docudramas, then we have some recommendations for you. Here’s the list of best shows similar to ‘Genius’ that are our recommendations. You can watch several of these series like ‘Genius’ on Netflix, Hulu or Amazon Prime. 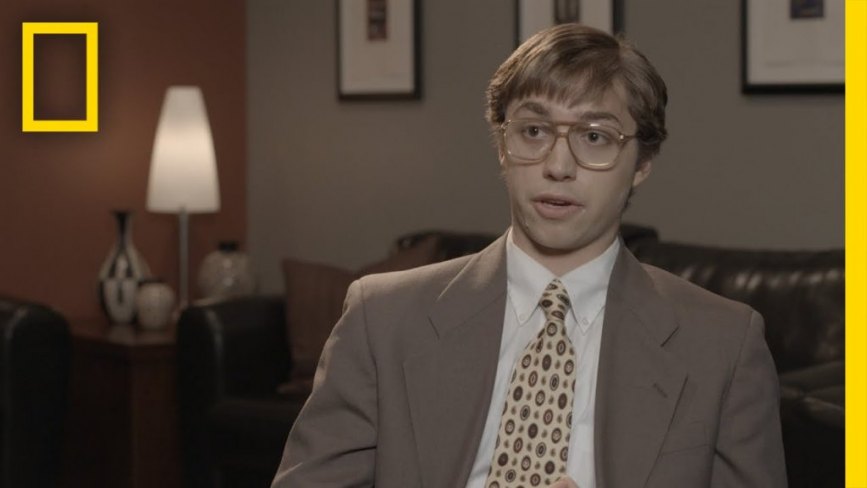 ‘American Genius’ focuses on the lives and works of famous scientists and innovators who have changed the course of human history. This miniseries consists of a total of eight episodes. Each episode usually pits two geniuses of the same era, both of whom are innovators and equally influential, but had some sort of a rivalry going on between them. The first episode deals with two people solely responsible for the digital age — Bill Gates and Steve Jobs. In this episode, we see how Jobs and Gates both started off building the first personal computers and later took the world by storm. The next episode shows us the lives of the Wright Brothers (airplane inventors) and Glenn Curtis, another pioneer of aviation. Besides the personal computer and aircraft, the other fields covered are: television, newspaper, space travel, gun, nuclear power, and electricity. The series has received widespread acclaim, but some have commented that the use of the word ‘versus’ in the titles of all the episodes is not justified. 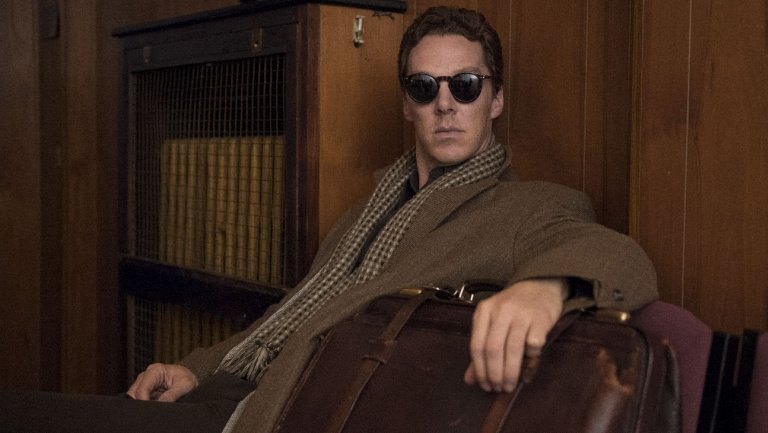 ‘Patrick Melrose’ is a five-part miniseries based on the series of novels written by British author Edward St Aubyn. The lead character is played by Benedict Cumberbatch, and here, the ‘Sherlock’ actor has proved his mettle once again. The series follows the eponymous character, who, despite being born into a rich family, was abused throughout his life by his father. His mother, too, was very negligent about her son. Struggling to deal with such devastating circumstances and with a lot of money in his pockets, Melrose takes to drugs and we see him battling his demons and addictions in the series. ‘Patrick Melrose’ is partially autobiographical, as Aubyn, in his books, portrays his life and the depravity he has seen in the British high society. The series was met with critical acclaim, and Cumberbatch was hailed for his performance in the lead role. 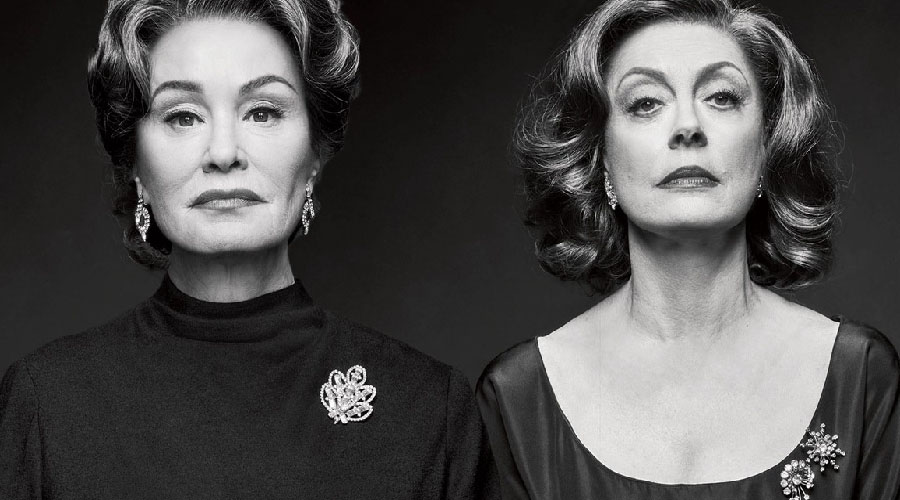 Fans who love Hollywood news and gossip will surely love this show. ‘Feud’ chronicles the backstage rivalry between two of the most iconic Hollywood divas of their time — Bette Davis and Joan Crawford. Their rivalry peaked during the production of the 1962 psychological horror film ‘What Ever Happened To Baby Jane?’ The two Hollywood stars had a rivalry going on between them throughout their careers, beginning in the 1930s. They indirectly dealt blows at each other whenever a chance came by, and finally worked together in the aforementioned film.

In the series, Davis’ character Baby Jane tortures her sister because of jealousy, and none other than Crawford plays the role of this sister. Some believe Davis won the feud between them because she got to torture Crawford in front of the camera. Most of the reviews ‘Feud’ received were positive and critics hailed the performances of lead actresses Jessica Lang (Crawford) and Susan Sarandon (Davis). The makers of ‘Feud’ had earlier announced that they were planning a second season on the lives of Prince Charles and Princess Diana, but as of now, the series stands canceled. 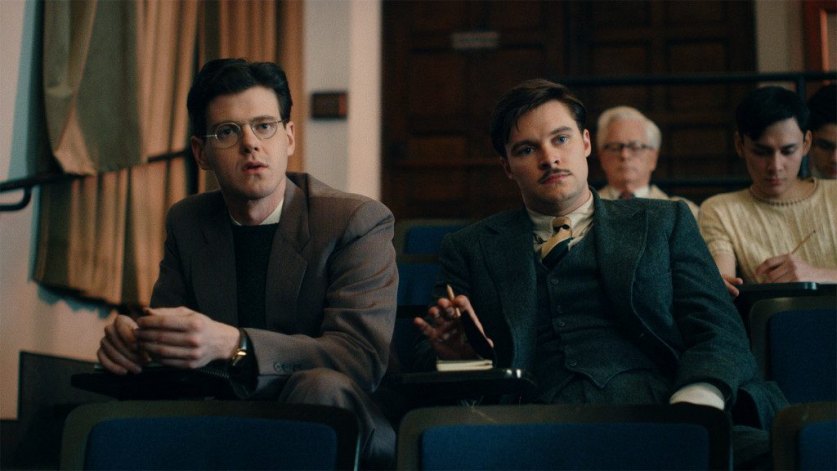 How can a rocket scientist and pioneer in the field of rockets get involved in black magic rituals and the occult? If you want answers, ‘Strange Angel’ is absolutely the right show for you. This series is based on the book ‘Strange Angel: The Otherworldly Life of Rocket Scientist John Whiteside Parsons’ by George Pendle. John Parsons was also known as Jack among his friends, and hence the character is mostly called Jack throughout the series. Parsons starts his career as a janitor and then goes on to become one of the pioneers of rocket science.

Despite being so successful in his field, Parsons joins the group of followers of the English occultist Aleister Crowley, and becomes one of his staunch disciples. His association with dark magic also leads him to be fired from the organizations he co-founded. His life is one that is filled with scientific achievements, supernatural events, occultist sex practices, and many such interesting aspects. All of this add on to become an intriguing portrayal of an enigmatic individual in this series. ‘Strange Angel’ has received positive to mixed reviews from critics, some of whom have called it a bit too self-indulgent. 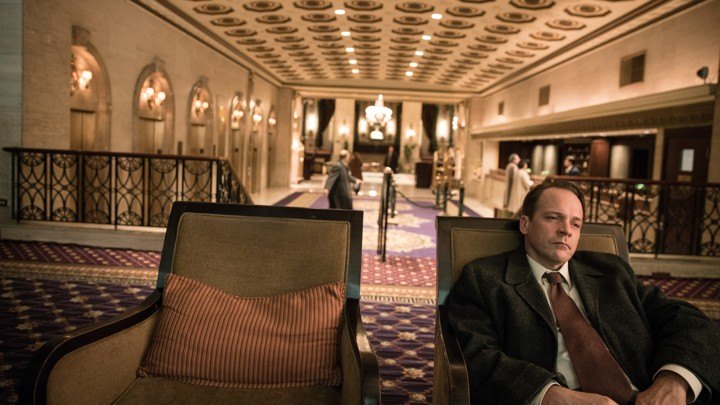 This series documents the life and the events leading up to the death of CIA’s biological warfare scientist, Frank Olson. Olson’s death in 1953 was shrouded in mystery. Though the American government first claimed it was suicide and later kept changing their statement, here we see Olson’s son, Eric, trying to find out the real reasons behind his father’s death. Olson’s death involved the extremely secret CIA project called Operation MKULTRA. This was a series of research and experiments conducted by the CIA to understand how they should use and practice mind control. The secret service even used human subjects, albeit illegally, for their experiments. It was later reported that Olson was actually dosed with LSD as a part of the project, and he was not at all aware that he had consumed the drug. Nine days after this, Crawford jumped out of a hotel window to his death.

In the series, Peter Sarsgaard plays the role of Olson. Stephen DeRosa plays the character of Eric Olson, and it is through Eric’s eyes that we see the entire series. We follow Eric as he tries to discover who actually is responsible for his father’s death. The series has widely been praised by many publications for its brilliant storytelling and direction. 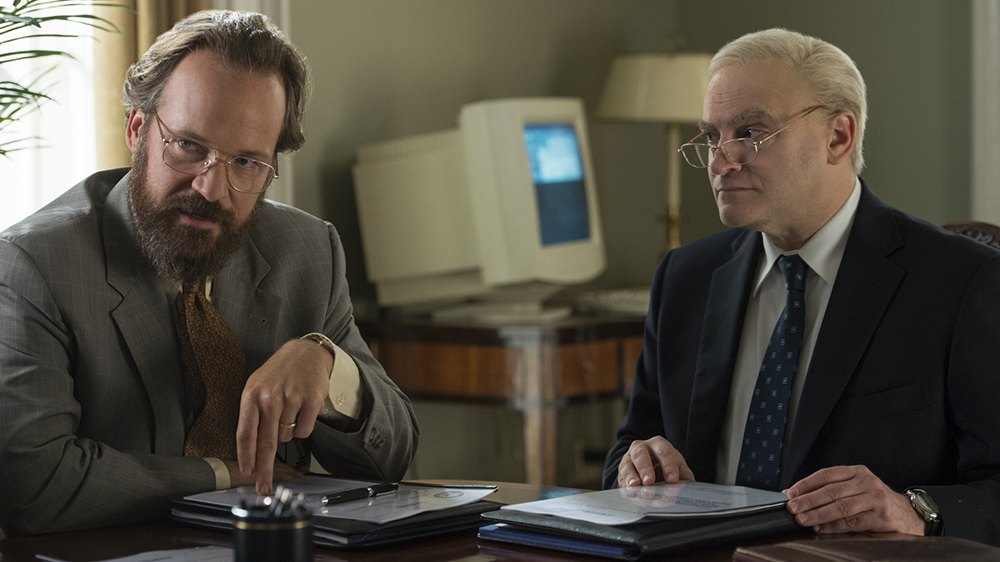 ‘The Looming Tower’ is based on a book written by Lawrence Wright. This series is a dramatized account of the real-life situation in America during the 1990s when radical Islamist groups and their leaders were becoming increasing threats to the security of America and its citizens. We get to see the tension and rivalry between the two premiere security organizations in America — the FBI and the CIA. The series has been nominated for several awards and was also positively received by critics when it first came out. The critics consensus of Rotten Tomatoes states, “Well-acted and powerfully written, The Looming Tower delivers gripping counter-terrorism drama rendered even more soberingly effective through its roots in real-life events.” 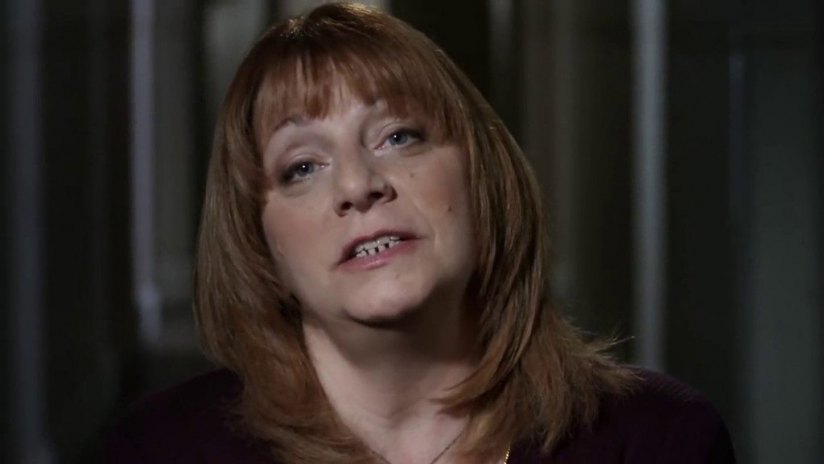 Stalking can be extremely scary for the victim and there are many people in this world who daily go through this horrendous experience. In this series, we get to know about the many women who have suffered stalking and how it has affected their lives in several ways. The series dramatizes the story of women who have been victims of stalking, along with interviews with the victims interspersed in between. Each episode deals with one victim as we follow her life during the period of stalking and we later find out how she has managed to recover from the entire episode. It must be added here that such shows are very important in highlighting and bringing out to the public the many ways in which women are made to feel threatened in society. Because stalking does not directly cause physical harm, such incidents barely come to our notice. But it must be realized that the mental trauma it causes can be devastating. 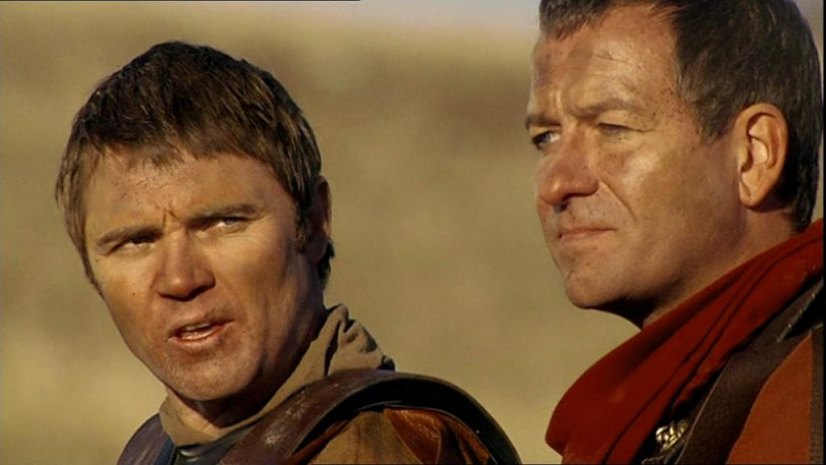 The ancient western civilization reached its zenith during the mighty Roman Empire. During this period, the art, architecture, literature, language of the Romans flourished and provided a great foundation rock for the western culture and philosophy that we know today. In this BBC miniseries spread across six episodes, we get to see the dramatized versions of some of the most important events that happened during the Roman Empire.

The first episode chronicles the rule of Julius Caesar and we see why he is regarded as the greatest among all ancient Romans. In the second episode, we see how Emperor Nero loses his mind and plans to empty the royal treasury to build a city entirely made of marble. The next two episodes deal with insurgencies and the revolutions developing in the areas controlled by the Roman Empire. The fifth episode deals with the rule of Constantine as he tries to hold back the Roman Empire from falling apart. And finally, in the last episode, we witness the fall of the mighty Roman Empire.