Sleeping With Danger: Guide to Cast and Filming Locations 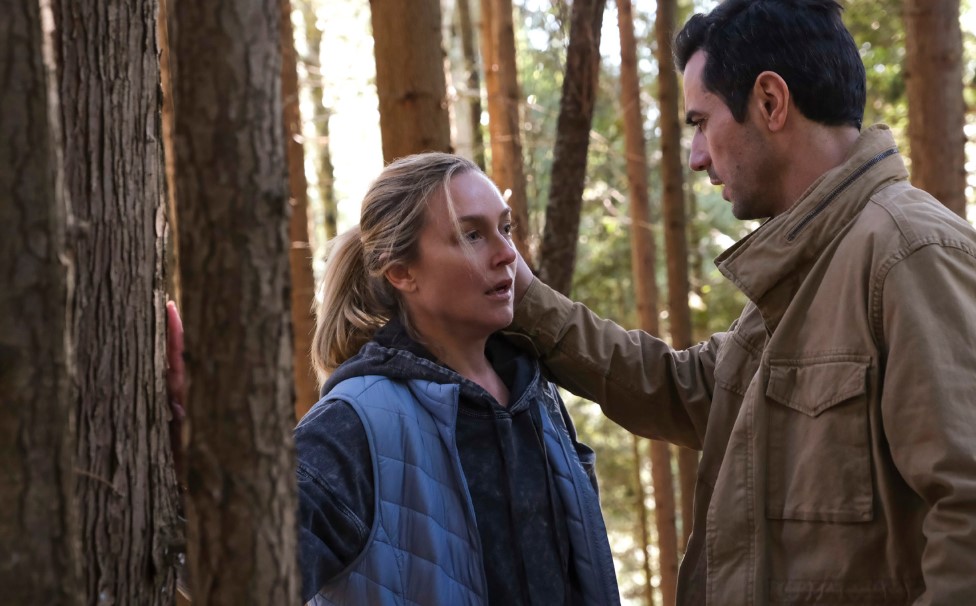 ‘Sleeping With Danger’ is one of the latest additions to Lifetime’s collection of true-crime movies. Inspired by one of the stories documented in Ann Rule’s true-crime collection, ‘Mortal Danger,’ the film is a tale about a seemingly perfect romance gone wrong. It follows the story of Grace Tanner, who falls in love with a man named Paul Carter, believing him to be her knight in shining armor.

However, her joy soon turns to horror when Paul, in a violent outbreak, abuses her and tries to murder her. Despite impossible odds, Grace manages to survive Paul’s onslaught and goes into hiding fearing for her life. Yet, she soon realizes the threat Paul poses to other women and comes out of hiding to help law enforcement track down Paul and bring him to justice.

Grace’s traumatic but inspiring story is told artfully, aided by the solid performances of the cast members and its visual setting. In this article, we walk you through the cast of the movie and give you details about filming locations.

Where Was Sleeping With Danger Filmed?

‘Sleeping With Danger’ was filmed in Canada, albeit in various locales across the country. Part of the movie was shot in the western city of Vancouver, located in the province of British Columbia. Meanwhile, other parts were filmed in the Thornhill, the community in Ontario, in central Canada. Here’s a picture of from the set at Thornhill.

Canada has always been known for its picturesque natural settings and its beautiful cities. Besides, filmmakers get access to a variety of tax incentives for filming in Canada, and this helps movies stay within their budget. This is particularly important for low-budget television movies. The presence of local skilled professionals to aid in the post-production process is the cherry on the cake. Here’s a picture from the first day in Vancouver.

The plot of ‘Sleeping With Danger’ revolves around the two main characters of Grace Tanner and Paul Carter, played by Elisabeth Röhm and Antonio Cupo, respectively.

Elisabeth Röhm was born in 1978 in Düsseldorf, Germany, but her family moved to New York City before her first birthday. While Elisabeth’s German father was a lawyer, her American mother was involved in the film industry and worked as a scriptwriter. Although Elisabeth studied writing and European history in college, she entered the film industry in 1997, receiving her first acting role in the American soap opera ‘One Life to Live.’

She has since been involved in several American television series, such as ‘Law and Order,’ ‘Angel,’ and ‘Stalker.’ By the 2010s, Elisabeth already had a vibrant career, but that did not stop her from aspiring for greater things. Elisabeth’s efforts finally paid off when, in 2013, she starred alongside Christian Bale and Amy Adams in ‘American Hustle,’ receiving critical acclaim in the process. Here’s a picture of Elisabeth on set.

Antonio Cupo, meanwhile, is a Canadian actor who was born in Vancouver in 1978. Being of Italian descent, Cupo has starred in several Italian films by director Renzo Martinelli, such as ‘Carnera – The Walking Mountain,’ ‘Barbarossa,’ and ‘September Eleven 1683’. He has also had a successful career on television and has featured on dozens of television movies and television series, including in one season of the immensely popular ‘Supernatural.’ Here’s Antonio promoting the film.

Read More: Is Sleeping With Danger a True Story?