The ninth installment of the ‘Sniper’ series, ‘Sniper Rogue Mission’ is a direct-to-video movie, directed by Oliver Thompson. The action thriller movie continues the story narrated in the previous ‘Sniper’ movies. Starring Ryan Robbins, Chad Michael Collins, and Sayaka Akimoto, the movie follows a CIA agent Brandon Beckett, who goes rogue to prove the crimes of a federal agent. The ensuing plotting and action with more rogue allies make for an entertaining watch. Furthermore, the ending of ‘Sniper Rogue Mission’ is rather gratifying. Let’s dive into the intricacies. SPOILERS AHEAD!

CIA Agent Brandon Beckett keeps an eye on Deputy Chief of US Border Patrol Harvey Cusamano, as a fellow agent in Homeland Security thinks that Harvey is a shady official. Agent Ezekiel Rosenberg aka Zero, and Harvey are working collectively to take down a sex trafficking cartel run by Laura Lake, the CEO of Sigma Oasis Innovation. Zero’s suspicion is proven to be real. Harvey does not arrest Laura but instead helps her escape. 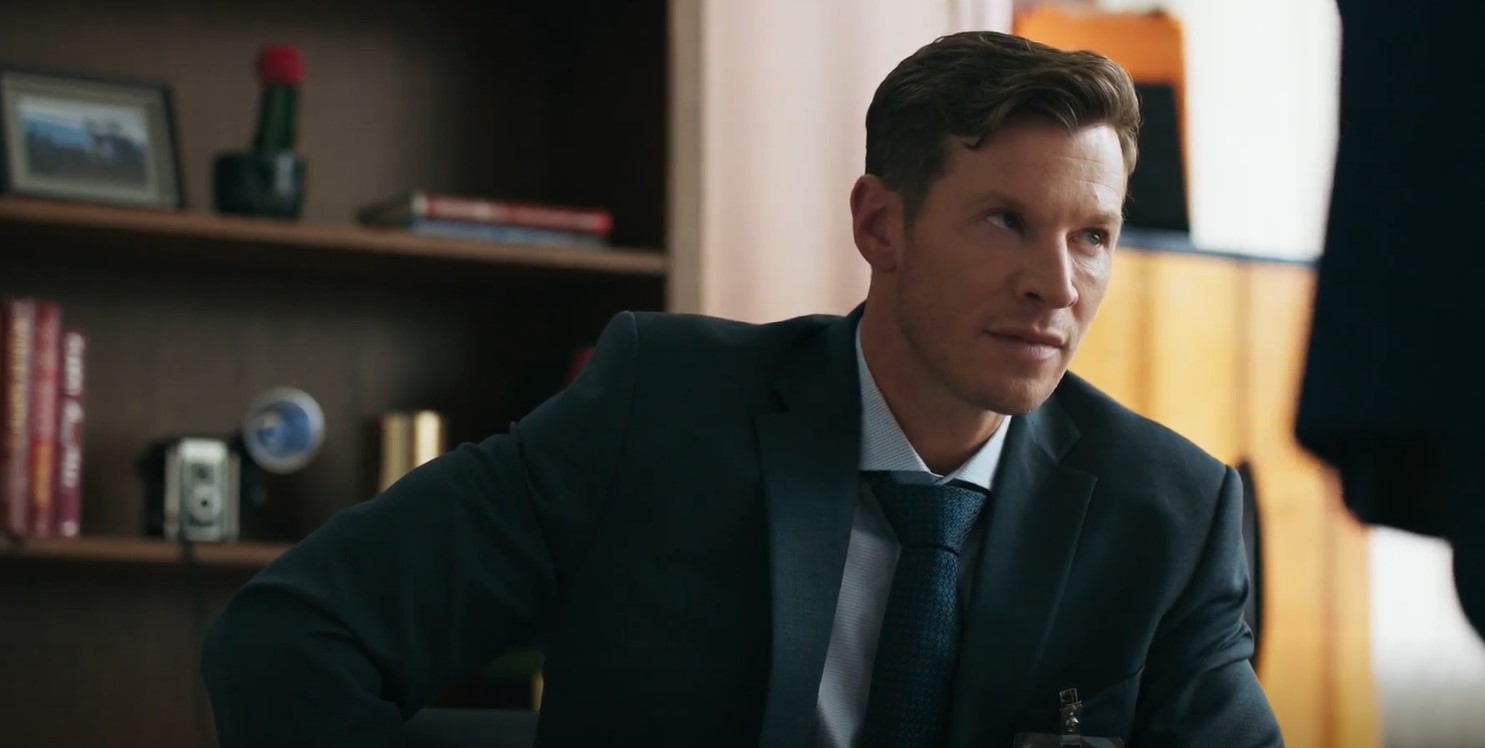 Consequently, Colonel Gabriel Stone suspends Brandon for arresting a federal agent. Even though Stone knows Harvey is dirty, he claims his hands are tied. Meanwhile, Zero raids the compound where girls are kept illegally. They are made to do sex work on the internet. However, at the last second, someone tips off the thugs at the compound. They shoot all the girls to get rid of any evidence against them and clear out the place. Simon, one of the tech guys, finds a little sympathy in him and asks one of the girls to run away. Thus, saving her life.

The girl who escapes, Mary Jane, goes straight to a police station. After learning the same, Zero goes to the station to get Mary Jane into custody. But, the head of the criminal group, Dax, orders his fellows to find Mary Jane and kill her. Brothers Rosie and Gildie go after Mary Jane and plan to kill her before the Feds can reach her. They fail to shoot her but kill a police officer instead. On the other hand, Brandon and Zero come together for this mission and resolve to bring justice to the murdered girls and Mary Jane. The duo goes to Lady Death for help. She is an assassin and lives undercover as a waitress.

The lethal trio hunt for the escaped criminals. Mary Jane reveals that Simon gave her a number to contact after she reaches somewhere safe. Brandon, Zero, and Lady Death plan to call Simon and set up a trap. Intelligence Pete helps them make the call without getting traced. On the other hand, Dax and the gang discover that Simon helped Mary Jane. They get to the meeting spot and kill Simon. The plan goes haywire for both parties, and Zero ends up killing Dax.

In the meanwhile, Stone breaks into Harvey’s house to find evidence. He finds a package with Laura’s fake passports and IDs. After a brief scuffle, Stone arrests Harvey. Again, with Pete’s help, the rogue agents hack Dax’s phone. They find a new delivery cargo listed with an address to the docks. Brandon, Zero, and Lady Death head to the docks to free the smuggled girls and kill the remaining thugs. This sequence of events forms the exciting climax of the movie.

Mary Jane is the sole survivor of Laura’s sex trafficking compound. As Simon likes her and would do anything for her, he saves her from the killing spree conducted by the criminals who run the illegal ring. She later reveals how she was abducted and smuggled under the pretense of meeting her real parents. Mary Jane is a foster child and was transferred to many homes in her childhood. She felt overjoyed to know that she can meet her real parents.

In reality, the people at the compound made the girls’ lives miserable. They were not allowed to leave or have any kind of social interaction. They were treated horribly. The girls worked as cam girls, who offer sexual pleasure to people over the internet. This plot arc depicts the harrowing reality of today’s sex work. Girls are kidnapped and smuggled from their homes to unknown places and are made to work in worse conditions. They don’t have a say in it and are threatened with death if they don’t comply. Girls are stripped of not only their clothes but also of their dignity and will to live freely.

Zero and Brandon protect Mary Jane from the thugs. Even in the operation where they lure Simon to meet, Lady Death always remains close to Mary Jane. She does not let any harm befall her. When the assassin and the rogue agents head to the docks, Mary Jane is kept safe with Pete. She sneaks out of there and steals Pete’s car. She drives off freely, but not before avenging her horrible experiences. Mary Jane gets to kill the person responsible for her life’s ugly turn of events.

After that, she goes on to live a life of freedom, where nobody tells her what to do. Mary Jane’s real name is actually Isabella, as she tells Pete on his Puzzles Podcast. We believe she returns to Pete because she found a sweet friend in him. In all probability, she also would have wanted to catch up with the people who freed her – Brandon, Zero, and Lady Death.

Who Is Laura Lake? Does She Die?

The movie opens with the arrest operation of Laura Lake. The police and Feds have substantial evidence that the CEO of Sigma Oasis Innovation is secretly a sex trafficking kingpin. With the help of a few local thugs, she makes money by forcing girls into pornographic modeling. Furthermore, she smuggles girls illegally into the country and makes them stay in horrific conditions. 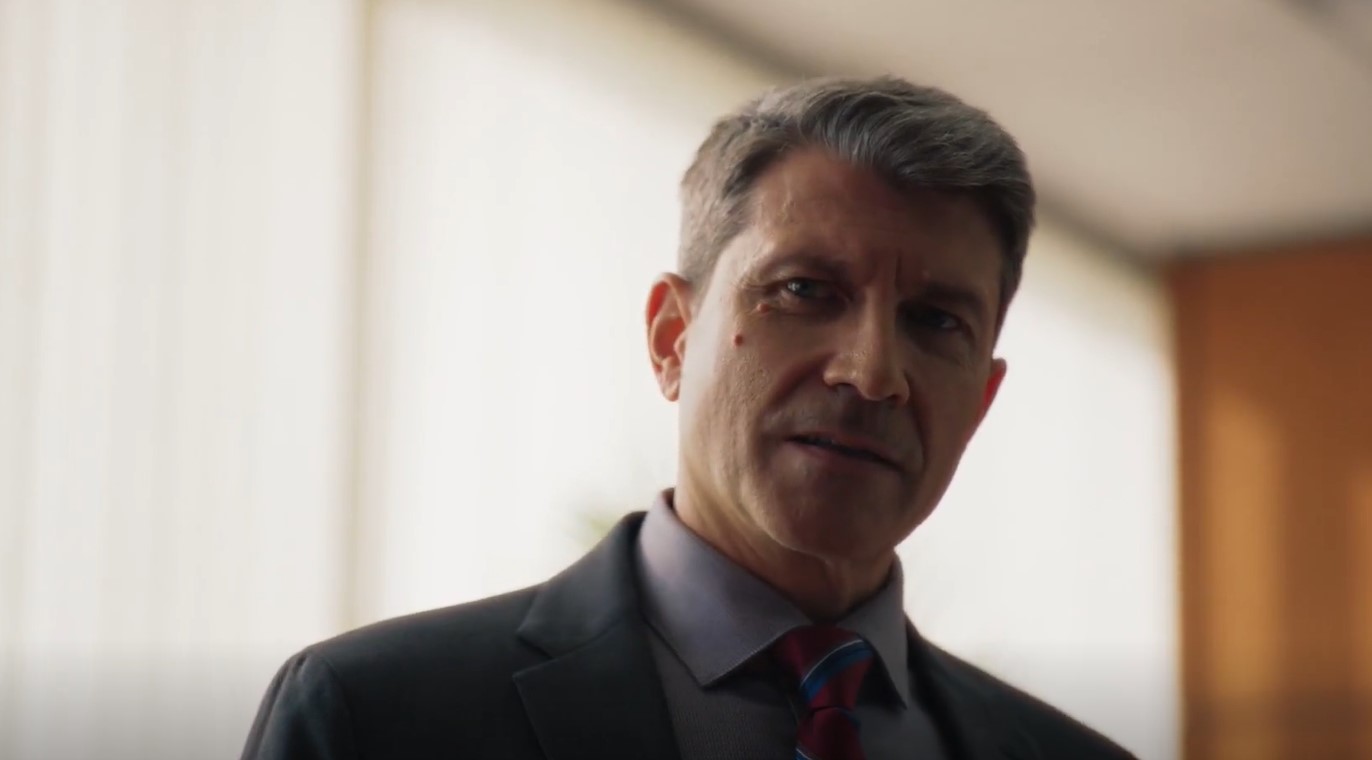 Laura has Deputy Chief Harvey in her pocket, who seems to make money off of her crime. Harvey lets Laura smuggle girls through cargo ships and takes a cut of the profits. He personifies corruption and the ‘look the other way’ policy, where people in charge don’t take the necessary action. He foreshadows the downfall of such people and ultimately, of agencies with more corrupt officers than innocent ones. No country’s public will ever trust an organization that harbors corrupt officers. Harvey helps Laura fake her death so that a report can be submitted to get the Feds off her tail. Stone catches on to their plan and busts Harvey.

There would be numerous people like Laura out there, who don’t have an ounce of empathy toward other people. Despite being a woman, she forced other girls into sex slavery without a second thought. Nevertheless, she gets what she deserves. She smuggles herself into the USA through her own facility. She turns out to be one of the girls saved by the rogue agents. Laura murders the ambulance workers and escapes.

However, the only survivor of her torment, Mary Jane, picks her up. Laura does not recognize her and goes on to make up a story. Without wasting much time, Mary Jane stabs Laura and kills her instantly. Mary Jane then throws the dead body on the road and drives off into the sunset.

Do Brandon And Zero Get Back On The Force?

At the beginning of the movie, Brandon gets suspended for arresting Harvey, while Zero gets erased from the official database. This happens as Harvey is trying to protect his role in Laura’s case. It gives us a glimpse into the deep-rooted corruption even in the higher ranks of security organizations. The hard-working agents have to go rogue to punish an actual criminal. They get stripped of their titles because a deceitful superior is covering his tracks.

As they say, all’s well that ends well. The operation led by Brandon, Zero, and Lady Death is successful, and hence, justice is served. Colonel Stone’s plans after the operation were to retire and live peacefully. But Brandon’s words impact Stone as he takes up a new task force. The Global Response and Intelligence Team is Stone’s confidential initiative to deal with issues where superior officers can be too demanding. GRIT will operate on Stone’s terms and with people of his choice. The last shot reveals the well-deserved people on the team – Brendon Beckett, Ezekiel Rosenberg, and Yuki Mifune aka Lady Death.