Solace Ending, Explained: How Does the Serial Killer Die?

With the exceptional Brazilian director Afonso Poyart at the helm, ‘Solace’ is a mystery thriller film that explores the mentality of a serial killer. Featuring Anthony Hopkins, Colin Farrell, Jeffrey Dean Morgan, and Abbie Cornish as protagonists, the movie splendidly dissects the thoughts of a killer and the wit it takes to catch him. The film is written by Ted Griffin and Sean Bailey, with a few changes made by James Vanderbilt and Peter Morgan, who remain uncredited. ‘Solace’ tells the story of a series of murders committed while exploring the visions that John Clancy has. All these elements are bound to leave viewers perplexed. So, let’s dive into the intricacies and straighten out the plot. SPOILERS AHEAD!

The movie opens with another murder committed in a fashion similar to a few previous killings. The FBI searches for clues but finds none. The investigation is led by Agents Joseph Merriweather and Katherine Cowles. Fearing the growing terror of the murderer on his way to becoming a serial killer, Joe suggests they should enlist John Clancy’s help. Clancy is a doctor/scientist and a psychic who can see into people’s lives. Albeit in disarray, he sees visions of people’s past traumas and future incidents that help him get clues other people can’t.

Clancy initially disagrees to help, but the agents persuade him to come on board. Three murders have already happened with the same method and with no evidence left behind. While all this is happening, we get a few glimpses and remarks of Clancy’s past life that made him reclusive. After the death of his daughter, his relationship with his wife also suffered, leaving him all alone.

Meanwhile, Clancy keeps getting flashes of information and incidents that might happen in the future, leaving him tormented as to what he should do next. He even sees the deaths of Joe and Katherine in his visions. Thus, making him more alert and cautious regarding his next steps. Soon after, they get an anonymous call that describes a murder. As the team heads to the location, Clancy finds clues that point to the fact that the killer also has psychic abilities. He knew the exact time the FBI reached the location. Furthermore, he left a note at one of the murders with a few lines of the song that Clancy was listening to when he read the case files.

This horrific realization leaves Clancy stunned and scared of how well the killer uses his abilities and deductive reasoning. The last murder acts as a breakthrough for Clancy as he makes the precious connection between the victims and establishes a pattern. He informs the team that all the victims of the serial killer are terminally ill patients. They had been battling with some or the other illness that could have ultimately and painfully taken their lives. Clancy argues that the killer even killed a person who was not yet diagnosed. He sends a fax to Clancy at the exact moment the team has the victim’s autopsy performed. The fax points Clancy in the direction of where to look for the illness and is written clearly and accurately. This shows how good he is at what he does.

After another murder happens, the team gets new leads, and they pursue the same. In a confrontation with one of the suspects, Joe gets shot and reveals to Clancy that he, too, is ill with cancer. Following his death, Clancy sits at a bar to think and get his head straight. Out of nowhere, a man sits across from him named Charles Ambrose, who takes full responsibility for the murders and reveals his plans to Clancy. He reveals how he has been killing ill people to spare them pain and offer mercy to them. At the same time, the FBI also traces a gun to Ambrose, eventually ending up on a subway train.

Solace Ending: Why Did Clancy Kill His Daughter Emma?

As the murders and the serial killings advance, we are offered a glimpse into Clancy’s past and the life experiences that brought him to where he was. We get to know that Clancy had a loving wife, Elizabeth, and a beautiful daughter Emma, who gets diagnosed with leukemia at the age of 26. She goes through multiple painful treatments to get better, but nothing works, and she dies in a hospital bed. Clancy reminisces of all the wonderful moments of her life, including her 6th birthday when he first got a hint of something bad lurking in her future.

The illness of their daughter also ends up being the reason behind Clancy and his wife Elizabeth’s separation. Her death, coupled with Clancy’s psychic abilities that get triggered when he touches people, might be the reasons that led to the couple drifting apart. This could also be the cause of Clancy staying away from investigations and using his abilities. It must bring up a lot of hurtful past for him.

The startling turning point is when, in the end, we see Clancy administering an unknown dose to his daughter when she is in the hospital. The contents of the bottle or the injection are not shown, but soon after it enters Emma’s bloodstream, we see her slowly passing away. Clancy is devastated after doing this and even regrets it for a split second. He does so out of love and his inability to see his only daughter in excruciating pain.

Clancy could not see Emma in agony and decided to take matters into his own hands, which is what Ambrose was doing despite not being related to the victims. He was killing them with kindness. As it turns out, the story’s hero and supposed villain were not all that different because they made the same use of their abilities and became killers. The truth remains the same— no matter how noble their intentions are or how clearly they see the pain in other people’s futures, they have no right to take away their lives.

Do Clancy and Elizabeth Get Back Together?

After much thought and agony, Clancy keeps his promise to Joe and reaches out to Elizabeth. Things seem fine as they meet amicably and exchange pleasantries. They talk about Clancy’s letter and how they are happy to meet again. When Clancy hugs her, we see him get a flashback that shows him injecting an unknown substance into Emma’s drip, which eventually kills her and relieves her of her relentless pain.

The couple goes for a walk after the conversation and seems to talk through their pain. Losing a child can be traumatic for couples. They tend to behave differently to the incident, and one never knows what the future holds for their relationship afterward. But it was good to see them back together after everything they went through. They worked through their issues and eventually got back together again.

How Does the Serial Killer Die?

Leading up to the movie’s end, Clancy sees many abstract elements and things that make no sense at first. But as we go further into the story, we see everything adding up and making sense. He sees milk spilling, a couple walking into a sunset, along with a Christian cross, and the whole setting of the confrontation seems to be a train station, with the outcome being Katherine’s death. To this result, Clancy resolves that he will not let Katherine die. Meanwhile, Ambrose convinces Clancy to carry on his work for him and offer mercy to people who need it. He encourages Clancy to explore his full potential and see things he cannot do otherwise. He asks him to concentrate so that a clear vision can materialize in his brain. 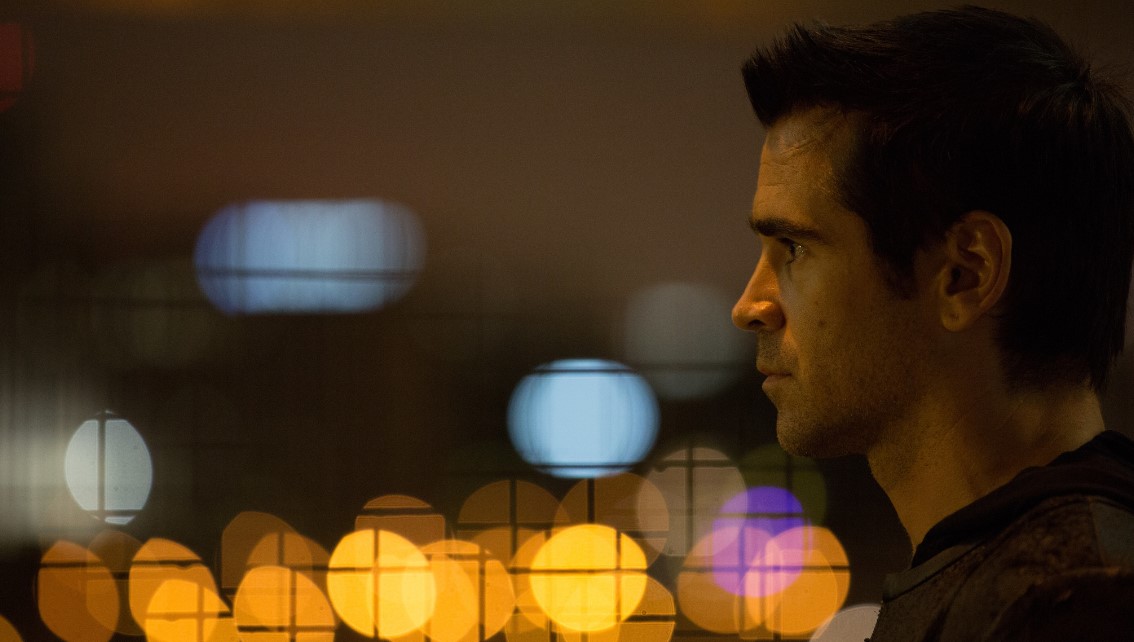 As expected, the climax witnesses Clancy and Ambrose coming face to face in a tension-filled situation. The former is in a do-or-die situation where Clancy can either kill Ambrose or let Katherine die, as he has seen numerous times in his visions. This is corroborated as Ambrose claims to have seen all possible outcomes to the situation, and these seem the most plausible. He has seen his death and knows that he was to die in that instance. Clancy chooses the former option and fires a bullet while jumping to protect Katherine. This lets the bullet brush past him while Ambrose dies on the spot with Clancy’s bullet.