Is Something From Tiffany’s Based on a True Story or a Book? 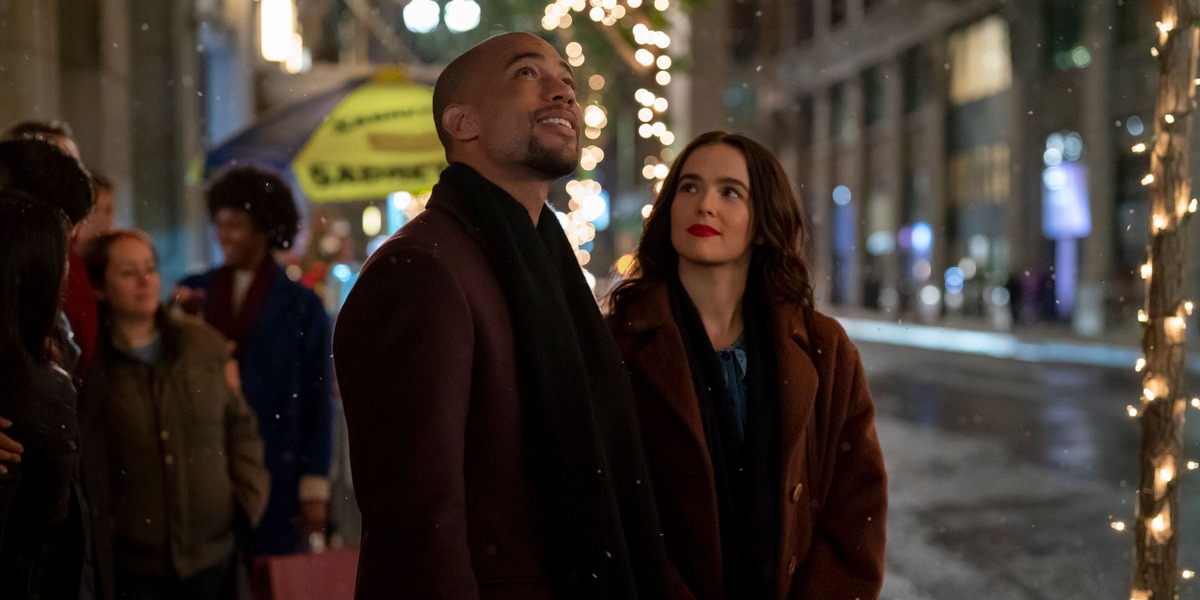 Amazon Prime’s ‘Something from Tiffany’s’ is a romantic comedy movie directed by Daryl Wein. It follows Ethan (Kendrick Sampson), a single father who is about to propose to his girlfriend for marriage. However, when he buys an engagement ring from the titular jewelry store, fate intervenes to lead him to Rachel (Zoey Deutch), the woman he is meant to be with.

The film has a Christmas vibe and explores relationships’ fragility and strengths. Given the combination of fairytale-like romance and the reality of relationships, viewers must wonder if a book or real events inspire the movie. If you wish to find out whether ‘Something from Tiffany’s’ is based on a true story, here is everything you need to know!

Is Something From Tiffany’s a True Story?

No, ‘Something from Tiffany’s’ is not based on a true story. The film is based on author Melissa Hill’s best-selling fiction novel of the same name. The book was first published in 2011 and adapted into a motion picture screenplay by writer Tamara Chestna. The book revolves around Rachel, a young woman who is led to the man she is meant to be with through a gift-bag mix-up. The film adaptation retains the basic premise of Hill’s original novel.

Hill is known for writing several best-selling books, and her mind-blowing plot twists have earned her acclaim. In an interview, the author explained that when creating stories, she focuses on writing something she would like to read. However, Hill did not state any real-life influences on her books, especially ‘Something from Tiffany’s.’ However, the book’s title refers to an actual jewelry store chain known as Tiffany & Co. The jewelry store plays an integral part in the novel’s story, and its influence is retained in the film adaptation.

The Amazon Prime adaptation of Hill’s book, helmed by Daryl Wein, makes some subtle changes to the source material. For example, in the book Rachel and her boyfriend, Greg, are visiting New York on a trip. However, in the film, they are settled in New York City, and Rachel also owns a restaurant in the city.

However, the movie is primarily a faithful adaptation of the novel. Moreover, like the book, the film also captures the holiday spirit and magic of feel-good romance stories set during Christmas. In an interview, actress Zoey Deutch who plays Rachel in the movie explained that she was attracted to the project because of its feel-good nature. Although the film is rooted in New York City, it gains a semblance of reality through its relatable protagonists, Rachel and Ethan.

Both characters face internal struggles and are forced to confront the reality of their existing relationships before uniting. “I think she’s somebody who gives a lot and does a lot for everybody else and feels very uncomfortable taking care of herself and doing things for herself,” Detuch told Metro Philadelphia about her character’s personality. On the other hand, Rachel’s love interest, Ethan, is a people pleaser and struggles to recognize his own desires. However, when Rachel and Ethan meet, they gradually realize they must follow their hearts, leading them to each other.

Ultimately, ‘Something from Tiffany’s’ is not a true story. It is a holiday-themed, feel-good movie that tells a fictional story to charm the viewers. It is an adaptation of Melissa Hill’s novel of the same name and remains faithful to her original work. The characters add a layer of emotional relatability as they overcome resonant personal struggles to find love. Hence, the seemingly fairytale-like love story of Rachel and Ethan feels grounded in reality.

Read More: Where Was Something From Tiffany’s Filmed?