Where Was Something From Tiffany’s Filmed? 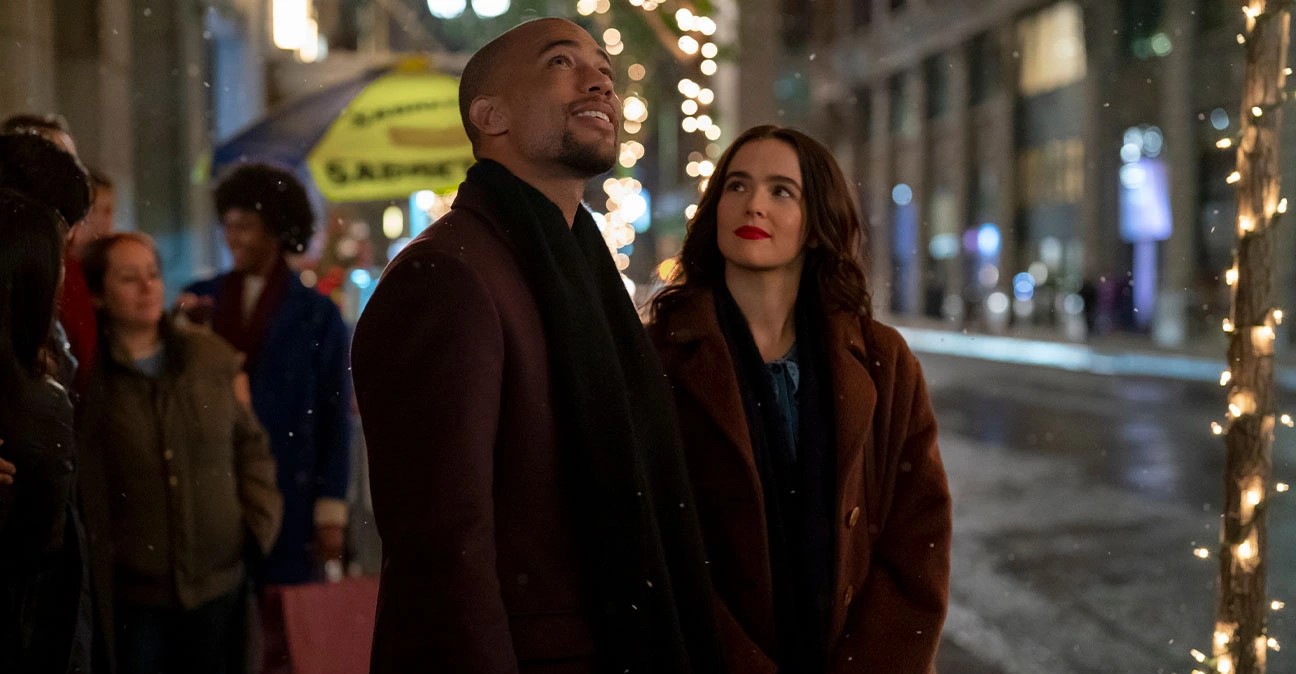 Based on the eponymous novel by Melissa Hill and directed by Daryl Wein, Amazon Prime’s ‘Something From Tiffany’s’ is a romantic comedy movie that revolves around a young woman named Rachel Meyer who is unsure of her relationship with her boyfriend, Gary Wilson. In the meanwhile, Ethan Greene purchases a ring to propose to her girlfriend, Vanessa. However, Ethan and Gary somehow mix up each other’s identical shopping bags at the same store. This confusion results in Vanessa receiving a pair of earrings meant for Rachel and Rachel getting an engagement ring meant for Vanessa.

Due to this mix-up, Rachel meets Ethan; hence, they understand what it’s like to be in true love as they fall for each other. The chance meeting of the two protagonists and the budding romance between them makes for a heartwarming love story, keeping the viewers invested throughout the film. Moreover, the bustling and crowded streets of New York City in the movie make one wonder if it was actually shot in the Big Apple or not. Well, we are here to clear all your doubts regarding the same!

Something From Tiffany’s Filming Locations

‘Something From Tiffany’s’ was filmed in New York and California, specifically in New York City and Los Angeles. As per reports, the principal photography for the romantic film commenced in December 2021 and wrapped up in late February 2022. Interestingly enough, at the movie’s premiere, Shay Mitchell (Vanessa) revealed that she was pregnant during the rom-com’s shooting. She added, “It was definitely very fun. I was also very pregnant. So, it was fun. The ever-expanding costume pants I was wearing; it was a great time.” Now, let’s traverse all the specific sites that appear in the Amazon Prime film!

Many pivotal sequences for ‘Something From Tiffany’s’ were lensed in New York City, the most populous city in the United States. During many stages of production, the cast and crew members were spotted taping several scenes, exterior as well as interior, at various sites across NYC. Central Park on the Upper East Side and Bryant Park are a couple of primary locations that served as filming sites for this romantic comedy movie.

Located at New York State’s southern tip, New York City has a significant amount of influence on several sectors, such as art, fashion, sports, technology, entertainment, tourism, education, politics, and dining, to name a few. Moreover, there are many districts and monuments across the Big Apple that are considered major tourist attractions. Some of them are Times Square, the Empire State Building, the Statue of Liberty, the United Nations Headquarters, and the Rockefeller Center.

For shooting purposes, the filming unit of ‘Something From Tiffany’s’ also set up camp in Los Angeles, the largest city in California and the second most populous city in the United States. The production team supposedly utilized various sites and locales across the city to tape different portions against suitable backdrops.

For instance, in early February 2022, Zoey Deutch and the rest of the crew members were spotted recording some key scenes around Clifton’s Republic at 648 South Broadway in Los Angeles. Over the years, LA has hosted the production of many movies and TV shows besides ‘Something From Tiffany’s.’ Some of the notable ones are ‘The Holiday,’ ‘Licorice Pizza,’ ‘Modern Family,’ and ‘Friends.’