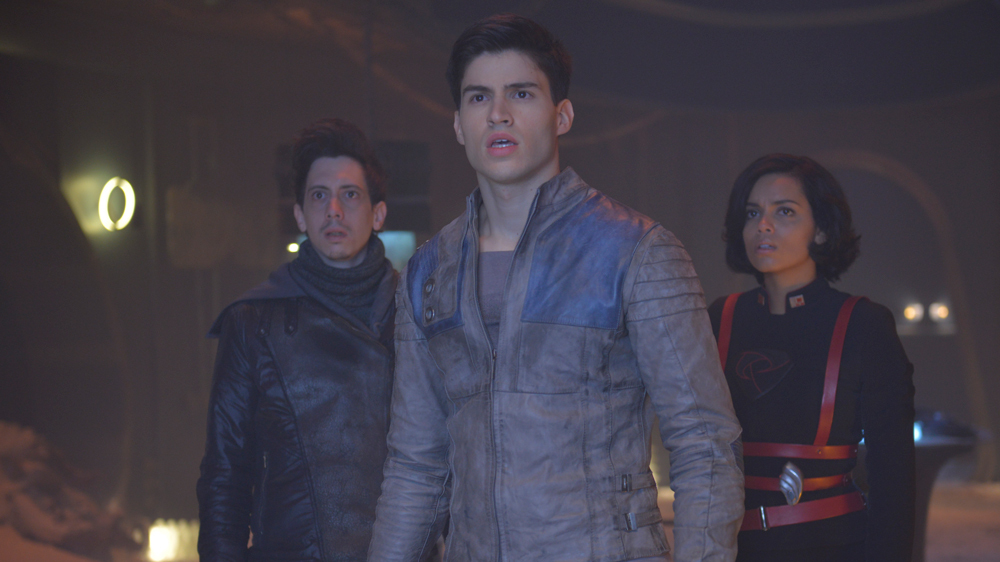 Syfy has decided to cancel ‘Krypton’, a thrilling show about Superman’s grandfather, after two seasons. The decision comes a few days after the series, which stars Cameron Cuffe and is produced by David Goyer, wrapped up its sophomore season. The reason for cancellation is reportedly the low viewership that the show received in season 2. The numbers indicate that the finale drew merely 350,000 same-day viewers, while Season 2’s average was around 408,000. Compared to this, Season 1 had 1.8 million viewers. Notably, Syfy had renewed ‘Krypton’ for a second season, in May 2018, after it ranked as the network’s best series premiere in over three years and also the most-watched debut series in four years.

Season 1 of ‘Krypton’ is now streaming on DC Universe. Season 2 is expected to be available on the platform in 2020.

For those unaware, the plot of ‘Krypton’ revolves around Superman’s titular home planet but follows his grandfather, Seg-El, in his youth. The young man has to be up to the task of saving his home planet or allowing it to be destroyed in order to restore the fate of his future grandson, Kal-El. All the characters in the show are based on the creations of Jerry Siegel and Joe Shuster. ‘Krypton’ stars Georgina Campbell, Elliot Cowan, Ann Ogbomo, Aaron Pierre, Rasmus Hardiker, Wallis Day, Blake Ritson, Ian McElhinney, Shaun Sipos, and Colin Salmon.

Apart from ‘Krypton’, the spinoff show, ‘Lobo’, produced by DC Entertainment has also been passed over at Syfy, the Chris McCumber led platform. Lobo was introduced in ‘Krypton’ itself and has been played by Emmett J. Scanlan, who has a recurring role. The spinoff would have been overseen by Cameron Welsh, the showrunner of ‘Krypton’, who was set to write and executive produce ‘Lobo’. The plan to make ‘Lobo’ was first announced in June. Producers Warner Horizon will be shopping the project based on the DC comic character to other outlets.

Coming to Syfy, the network has been canceling its shows for some time and ‘Krypton’ is its latest casualty. Other shows which have been canceled, include ‘Deadly Class‘ and ‘Happy!‘. The former was canceled after one season, while ‘Happy!’ was canceled after two seasons. Currently, Syfy’s scripted roster consists of shows like ‘The Magicians‘, ‘Wynonna Earp‘, ‘Van Helsing‘ and ‘The Purge‘. ‘Resident Alien’ is an upcoming show, waiting for a premiere date from Syfy. As far as projects in the pipelines are concerned, ‘Cipher’ and ‘(Future) Cult Classic’ are coming up soon. There has also been a script order for a ‘Chucky‘ update from the network.