Survivor’s Tiffany Seely: Everything We Know 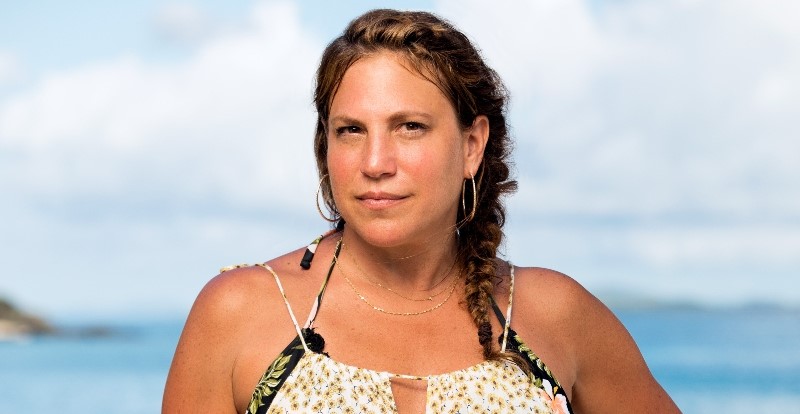 ‘Survivor’ is a long-running reality show that tests the mental, physical, and social skills of its contestants who are stranded in a remote location. It is considered to be a classic survival show and is extremely popular across the world. The series is known for bringing interesting personalities into the limelight. In particular, Tiffany Seely from ‘Survivor’ season 41 quickly become a fan favorite due to her emotionally-charged backstory and great rapport with fellow contestants.

A school teacher, a Jewish mother and wife, and an extremely vocal supporter of the BRCA gene test, Seely delighted everyone with her free-spirited nature and incredible social skills. Unsurprisingly, many are curious to know more about her. So, here’s everything we’ve gathered on Tiffany Seely from season 41 of the unscripted show.

Born on December 8, 1973, Seely hails from Forest Hills in Queens, New York. Currently residing in Plainview, New York, the 47-year-old enjoys running, considers herself to be a natural leader, and is extremely social. Seely has two sons with her ex-husband – Lucas and Sean. Her older son, Lucas, is in college whilst Sean is in high school. She is a proud mother and very supportive of her children. “I am most proud of raising my two boys to be fine young men. They’re loving, open and honest!” she stated.

Seely was also extremely close to her mother but tragically lost her at a young age. “My mother died of ovarian cancer, which happened to have come from a genetic pattern called the BRCA gene,” revealed Seely. “And I was one of the youngest people in the U.S. to have a prophylactic double mastectomy and oophorectomy, meaning that I chose preemptively to take everything off and out so that I wouldn’t die at the same age as my mom.”

Thus, at the age of 32, Seely decided to go through proactive surgeries to avoid the same fate as her mother. “Had I waited until the recommended age they wanted me to start monitoring for breast cancer, I probably would not be sitting here right now,” she pointed out, talking about how the doctors learned that she had stage zero breast cancer or ductal carcinoma in situ (DCIS) right before her surgery.

Thus, Seely continues to be vocal about the BRCA gene test and works hard to raise awareness about it. Additionally, Seely considers her late grandmother to be her hero. “She was blind to top it all off, yet the smartest and funniest person in the world. She always made me feel loved and she laughed with me all the time,” she stated. The reality TV personality is close to her father as well.

Seely received her Bachelor of Science in Elementary Education and Teaching from the State University of New York (SUNY) College at Cortland in 1995. She then went on to receive her Master’s degree in Educational Leadership and Administration from the Massachusetts College of Liberal Arts in 2003. Furthermore, Seely holds other impressive certifications in the field of teaching and education.

An English Language Arts teacher at the Jamaica Academy in New York City, Seely is used to interacting with diverse individuals. Her job involves teaching students who have been suspended from various schools in the city. “You need to really be able to understand what’s going on in order to deal with these children that need so much love and direction,” she shared in her August 2021 interview with Parade. Additionally, during the pandemic, she taught third-graders remotely. Besides teaching, Seely also runs an online boutique called Reiss Pieces Clothing.

Seely got remarried in 2009 and often shares pictures with her husband on social media. Interestingly, she and her current husband bonded over watching ‘Survivor’ episodes together around 12 years ago. “It would be our thing; we’d order Chinese food, sit in front of the TV, and watch ‘Survivor.’ And one lovely evening with spare rib in hand, I turned to my husband, and he’s got this ring in his hand,” Seely explained. “And all I could think was, ‘Oh my god, what is happening? I have spare rib in my mouth.’ This is not how you picture this happening. And it was just pretty fitting and sort of prophetic.”

Seely and her husband certainly seem to be in a happy and stable relationship, and she clearly receives a world of support from him and her two sons. It’s understandable why she’s so perceptive, understanding, and sociable! “I relate to little people; I relate to big people. I was married; I was divorced. I’m a professional; I also own an online boutique. I really find it easy to relate to just about everybody,” she declared. So, we see why she has an advantage in a competition that demands socializing and team-building skills.