Survivor’s Tori Meehan: Everything We Know 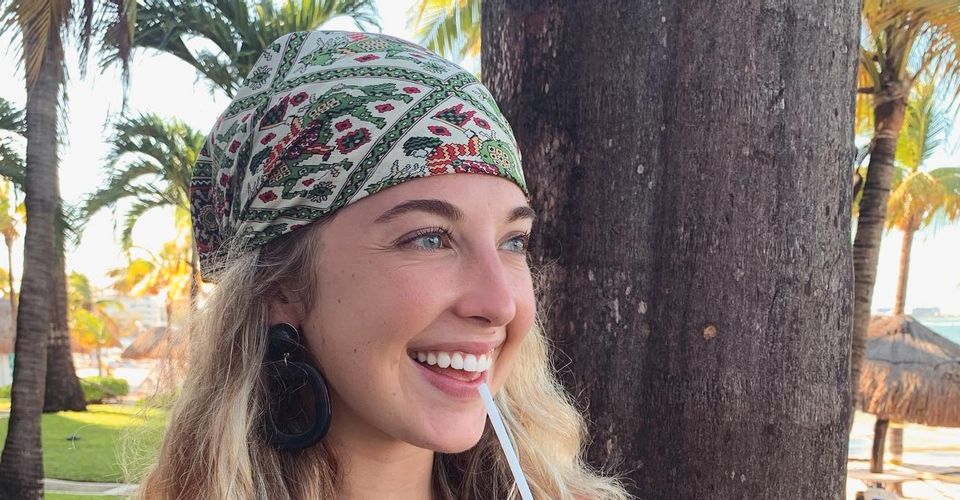 ‘Survivor’ is a long-running survivalist reality show that leaves its contestants stranded in an isolated location. The players have to look after their survival needs and participate in competitions that test their mental and physical abilities. The series is beloved worldwide due to the thrilling challenges, gorgeous settings, and unadulterated drama produced by the entertaining contestants. Season 42 of the CBS show features several interesting personalities deserted on the Mamanuca Islands in Fiji, one among which is Tori Meehan.

Interestingly, this isn’t Tori’s first stint in reality television; she has been a participant in season 3 of the reality competition web series ‘Sequester.’ While some viewers tend to stereotype this quirky contestant as a mean girl, her admirers know she is a warm and caring person. However, don’t let her personality fool you because Tori is clearly in for the win! In case you’re curious to know more about Tori, we have got you covered. Here is everything you need to know about the ‘Survivor’ season 42 cast member!

Tori Meehan was born in 1996 in Tulsa, Oklahoma as a middle child of five children. She has two sisters named Allie and Macy, while her brothers are James and Daniel. She loves to spend time with her family and adores her siblings very much. In an interview, Tori talked about how she would sit with her four siblings and watch ‘Survivor’ as kids. She added how the young Meehans would try to mimic the food eaten by the contestants using rice and oranges. In fact, her mother also auditioned for a chance to appear on the show about 16 years ago. Thus, Tori’s selection was nothing short of a dream come true!

The 25-year-old grew up in a Christian family and is quite faithful to her religion. On multiple occasions, Tori has accredited God for her happiness. According to her CBS interview, she considers Jesus to be her hero. Tori is also a huge Harry Potter fan and played on a Muggle Quidditch Team.

She also loves dystopian novels and even dressed as Katniss Everdeen from ‘The Hunger Games’ for three years in a row for Halloween while in college. Tori has also written a science fiction novella and has been in a marching band. Her talents include playing flute, which she has been doing for over 12 years. Furthermore, the talented reality star likes to play board games and can be seen regularly at CrossFit.

Tori Meehan is a therapist by profession. She is an Oral Roberts University graduate with a Bachelor’s degree in Counseling and Psychology. Tori also holds a Master’s degree in Professional Counseling with a Concentration in Addictions Counseling from the Graduate School of Theology and Ministry. She further plans on getting a Ph.D. in Clinical Psychology. According to Tori, her job as a therapist is to create a safe and warm environment for people, even if they are strangers.

Tori has been trained in the “art of trust” for six years, a skill that is essential if you want to be the last person standing in a show like ‘Survival.’ She is a certified Life Coach focusing on empowering a person as a whole — in mind, spirit, and body. Her professional mission is to help women in the fight against eating disorders. She spoke about it at length at the Tedx Tulsa in 2018. Tori hopes to make therapy relatable and practical while retaining the coolness factor. In her professional setting, she values love, authenticity, sacrifice, leadership, encouragement, and unconditional positive regard as qualities to be cherished.

Apart from noble goals in the field of mental health, Tori Meehan is also an active participant in the Pageant world. Meehan won her first title in 2016 when she was crowned Miss Tulsa State Fair. The award for Miss Keystone Lake in 2017 also went to Meehan, who then competed for the Miss Oklahoma crown. In 2018, she won the title of Miss Tulsa and went back to the Miss Oklahoma stage. She won the preliminary swimsuit competition round but did not win a place. However, she did receive the MOA Scholar Award. Meehan came back in 2019 and placed 7th in the pageant’s Top 11.

At present, Tori Meehan resides in Rogers, Arkansas, along with her husband, Zach Stanley. After dating for a long time, the adorable couple got engaged in March 2021. Naturally appearing quite excited about her engagement, Tori called her ring “the biggest and most beautiful and shiniest ring I could have ever dreamed of.” Stanley proposed to Meehan in a surprise proposal in Mayo hotel, located in Tulsa, Oklahoma. The proposal was planned with the help of the couple’s family. Tori went to the hotel with her younger sister and a friend to what she thought was a photoshoot.

Just a few months following their engagement, Tori and Zach took their relationship to another level and tied the knot on October 16, 2021, in the presence of their family and friends. Zach is a Real Estate agent based in Northwest Arkansas. According to Meehan, her husband rekindled her faith in relationships and love after an unhealthy relationship she was in before meeting Zach. The happy couple moved into a home of their own in 2021. From what we can tell, Tori Meehan is currently enjoying marital bliss with “the best man” she has ever met. Well, we wish happiness and peace never elude the lovely pair in the years to come.

Read More: Where Was Survivor 42 Filmed?