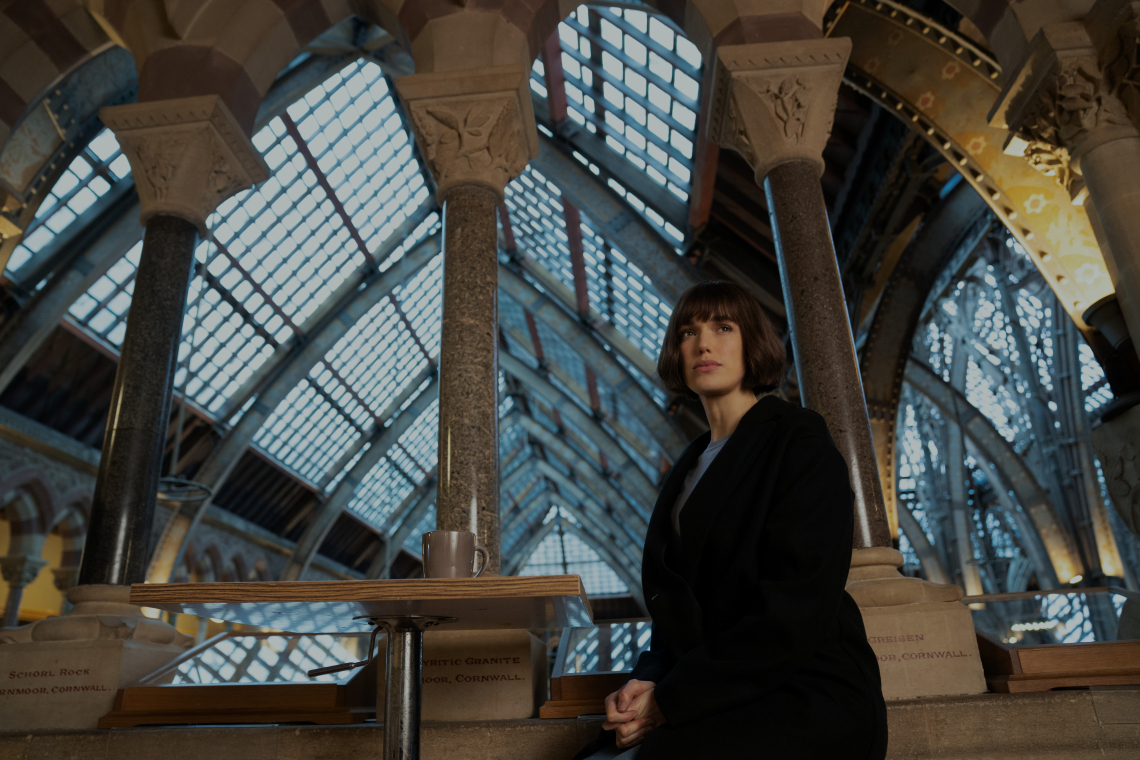 The sixth episode of Apple TV+’s thriller series ‘Suspicion’ centers around Sean’s attempts to lead the group that includes Aadesh, Tara, Natalie, and Eddie to New York City to meet Martin Copeland. Vanessa and Anderson encounter the death of Monique, which makes them question their approaches.

The group of suspects tries to meet their loved ones one last time before stepping into a suicide mission. The engrossing episode offers one startling revelation after another as the mystery behind Leo Newman and his kidnappers thickens. If you are looking forward to a detailed look at the episode’s ending, let us be your guide after a quick recap! SPOILERS AHEAD.

The sixth episode, titled ‘Be the Gray Man,’ begins with Katherine and Martin discussing the growing ill repute of their company. Back in London, Vanessa and Anderson examine Monique’s body and the grounds. They deduce that the suspects are trying to leave the country. Sean, as the de facto leader of the group, instructs Aadesh, Tara, Natalie, and Eddie to prepare to leave for New York City. He asks Eddie to accompany him as he meets an Iranian fraudster to obtain five fake passports to leave England. Aadesh uses his tech proficiency to transfer the money Natalie transferred from her former company for Sean to buy the fake passports.

Tara does a makeover and goes to meet her daughter Daisy. She ensures her that she will come back soon after an important journey. After completing the transfer, Aadesh goes to meet his wife Sonia, only for the latter to dismiss him. Natalie contacts Joe to meet her mother but Joe tells about Natalie’s call to Vanessa and Anderson. They try to stage a meeting with Lydia but Natalie realizes that the authorities have come to know about her call.

After the visits, the five of them meet at a park and go separate ways to board different flights to New York City. In New York City, Katherine meets Amy, who runs a company named IOP Energy. The first client of Katherine, Amy warns Katherine about the repercussions of the truth behind Eric Cresswell. Katherine tries to convince Amy that everything is under control.

Through surveillance cameras, Vanessa and Anderson find out that Aadesh and the others are trying to leave the UK. As they arrive at a position to choose an action, Vanessa reveals to Anderson that Eddie Walker is an undercover agent named Liam McKenna who works for her. When initial questioning of Aadesh, Natalie, and Tara arrive at a dead-end, without producing any leads or evidence to find Leo Newman or his kidnappers, Vanessa directs Liam to infiltrate the gang of suspects to find out the whereabouts of Leo. She fakes Eddie/Liam’s arrest and interrogation and releases him to find a pathway to get into the gang.

The abduction of Aadesh, Tara, Natalie, and himself give Liam a chance to team up the suspects together. Sean’s successful attempt to save them completes the group Eddie needs to follow. Using a hidden device, Liam continues to update the developments of the gang to Vanessa. When the three suspects resist every question and lead Vanessa put forward to them, the officer realizes that the only way to extract the truth from them is to have someone among them, leading her to use Liam.

Why Do Vanessa and Anderson Let Sean, Aadesh, Tara, and Natalie Go to New York?

When Vanessa realizes that Sean is leading Aadesh, Tara, Natalie, and Liam to New York, she proposes a plan to Anderson. Vanessa thinks that allowing them to leave for New York may help them find Leo. She deduces that the suspects will not go all the way back to the scene of the crime without any reason and their intentions may help the authorities to find the whereabouts of Leo.

Since the NCA doesn’t have jurisdiction in the United States, she asks Anderson to make the call regarding her plan. Anderson understands that keeping them in London isn’t going to help them in any way. Anderson talks to his superior to track the group in case they lead them to Leo Newman. Since Liam is already in the group to direct them, Vanessa expresses her confidence that together she and Anderson can find Leo by letting them flee to New York.

Why Does Sean Meet Martin?

After arriving in New York City, Sean directs Aadesh and Natalie to stay differently. He accompanies Tara and Eddie/Liam to a hotel, waits for them to sleep, and leaves the hotel to meet Martin Copeland, indicating that Sean was employed by Martin to bring the group of suspects to him. Martin may be using Sean to retrieve information about Leo from the suspects. Understanding the incompetency of the FBI and NCA, Martin may have decided to find Leo for Katherine on his own. Rather than waiting for the authorities, he may deal with the suspects to know the whereabouts of Leo.

On the other hand, there is a possibility that Martin is using Sean to frame Aadesh, Tara, and Natalie for the kidnapping of Leo. Martin can be the real kidnapper, possibly aiming to bring down Katherine to establish himself as the sole authority of Cooper Newman PR, and he may be taking advantage of the fact that the group of suspects is vulnerable enough to frame them as the kidnappers.