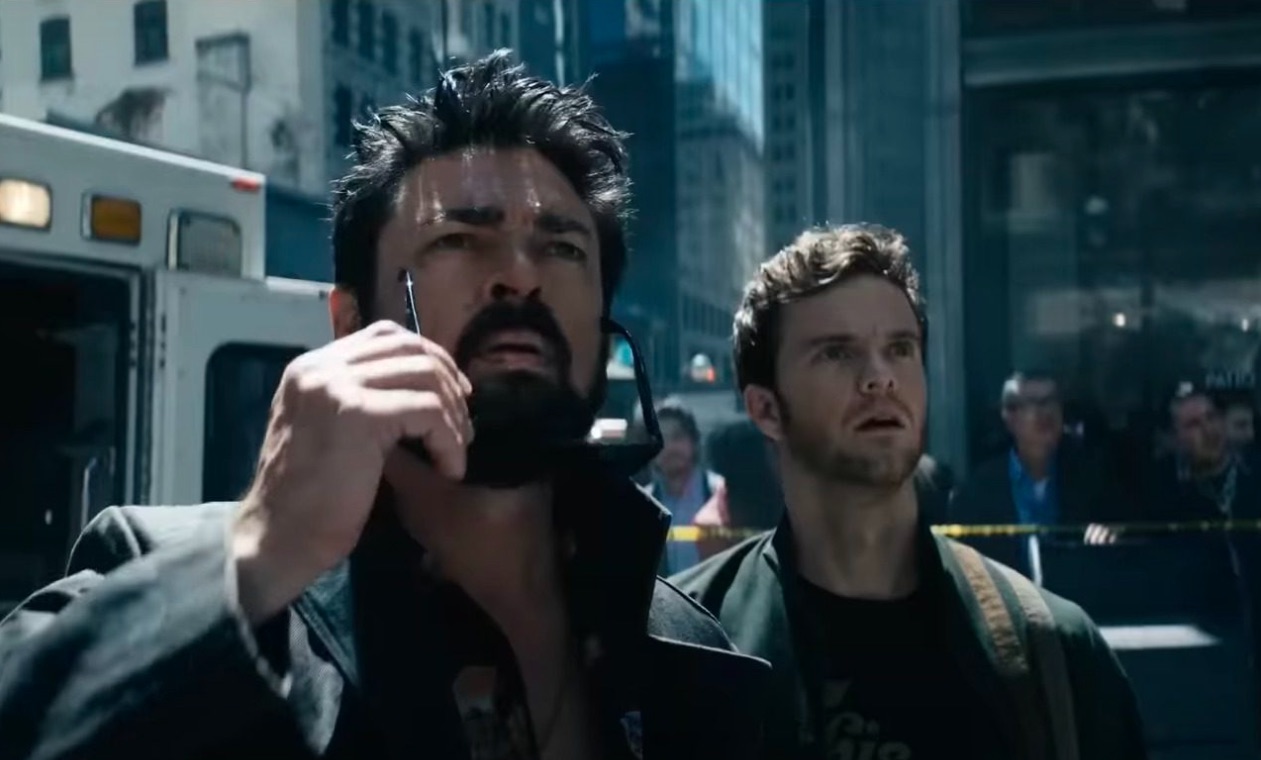 The fifth episode of ‘The Boys’ Season 3 blurs the line between heroes and villains by giving a dark turn to its characters. With the return of Soldier Boy, things get more complicated as the Boys have to carefully decide their next course of action. The events in Russia already divided them, so any decision going further needs to be well thought out. However, desperate times call for desperate measures, and Butcher makes some very questionable choices, all in the name of the greater good. The ending of the episode further drives a wedge between the Boys, and all the while, Homelander becomes more and more powerful. Here is what it all means for the future of the Boys as well as the Supes.

The Boys return from Russia empty-handed. With no weapon to kill Homelander with, they are back at square one. Meanwhile, Soldier Boy finds his way back to America and accidentally causes a devastating explosion. Knowing that he is back home, the Boys decide to find him before he does any more damage. While hesitant at first, MM finds it better to not go it alone. Their search leads them to the Legend, who used to work at Vought while Soldier Boy was still considered alive. He tells them that Soldier Boy went looking for his girlfriend.

The death of Supersonic is twisted by Vought, who calls it a drug overdose. Starlight is devastated by it, but what Hughie tells her shocks her even more. Knowing that Soldier Boy is alive, there is no BCL Red, and that Hughie took temporary V leaves Starlight all the more worried. However, it seems that Hughie loves the powers that V-24 gives him, and readily takes it again, even when he had promised Starlight that he wouldn’t.

At Vought, Homelander assumes command, and Ashley is made CEO. The news of a supervillain leaves Homelander more worried about the shares and image of the company. Starlight decides to take matters into her own hands but discovers that The Deep fired most of the staff of the crime department of the company. A-Train tries to get Blue Hawk to apologize to the people he had been deliberately targeting due to his racist leanings. However, Blue Hawk turns the situation even worse, leaving a lot of people injured, including A-Train’s brother.

Maeve talks with Butcher about the failure of their mission and ends up sleeping with him. Back at Vought, Homelander confronts her about conspiring against him. Black Noir attacks her and she goes missing. When Starlight asks Ashley to intervene, she faces dejection. Kimiko recovers from her injuries, but it looks like she doesn’t have powers anymore. Nina visits Frenchie, claiming that after the Russia debacle, he owes her. She tells him to kill a man and his daughter, but when he refuses, she abducts him.

As expected, Soldier Boy shows up at Crimson Countess’s door, and Butcher is ready to welcome him. Before that, he roofies MM, who would certainly oppose his actions. Hughie has already been made privy to the actual plan, but things go awry when Starlight shows up. It turns out that Butcher has planned to use Soldier Boy as the weapon to kill Homelander. Having witnessed his powers firsthand, Butcher knows that Soldier Boy is the only one strong enough to stand against and maybe even kill Homelander. He knows that MM would never approve of it, so he decides to drug him and deal with it later.

When Soldier Boy arrives, Butcher tells him that he has gift-wrapped Crimson Countess for him. In return, he wants Soldier Boy to help him kill Homelander. Countess had betrayed Soldier Boy and let the Russians take him from Nicaragua. Worse, she didn’t even get paid for it. She did it out of sheer spite for him. She also tells him that it wasn’t just her. The entire team hated him, so they all conspired to get him out of the way. Soldier Boy kills her on the spot and he and Butcher walk away together.

When Annie realizes what is happening, she asks Hughie not to go down that road. Soldier Boy is no better than Homelander, and she insists they find another way to deal with him. However, Hughie has already made his decision. He admits to Starlight that he loved the power that Compound V gave him and he doesn’t want to be the frail and weak Hughie that everyone needs to save. He has developed a savior complex of his own and is convinced that this is the right way to go about it.

Clearly, he has fallen into Butcher’s pattern of making morally wrong decisions and justifying them by the ends they desire. After discovering Neuman’s secret, he realized that he had always been wrong, thinking that they could win this the right way. But when things are so biased towards the enemy, it only seems right to bend the rules on your end as well. This is why he doesn’t show more opposition to Butcher’s use of V-24, neither does he question his decision to ally with Soldier Boy.

This change in his character is very depressing for Starlight who has become utterly alone. Supersonic is dead, Maeve is gone, and now Hughie is on a different path as well. She doesn’t have anyone she can rely on. While we hope that Hughie comes to his senses and repairs his relationship with Starlight, for now, it looks like the end for them. No matter what Butcher and Hughie think, MM and Starlight are right in their moral policing. Collaborating with Soldier Boy might look like a good prospect for now, but it only spells trouble for them in the future. Only the next episode will show who turns out to be right about it.

Read More: Why Does Homelander Kill Supersonic (Alex) in The Boys, Explained