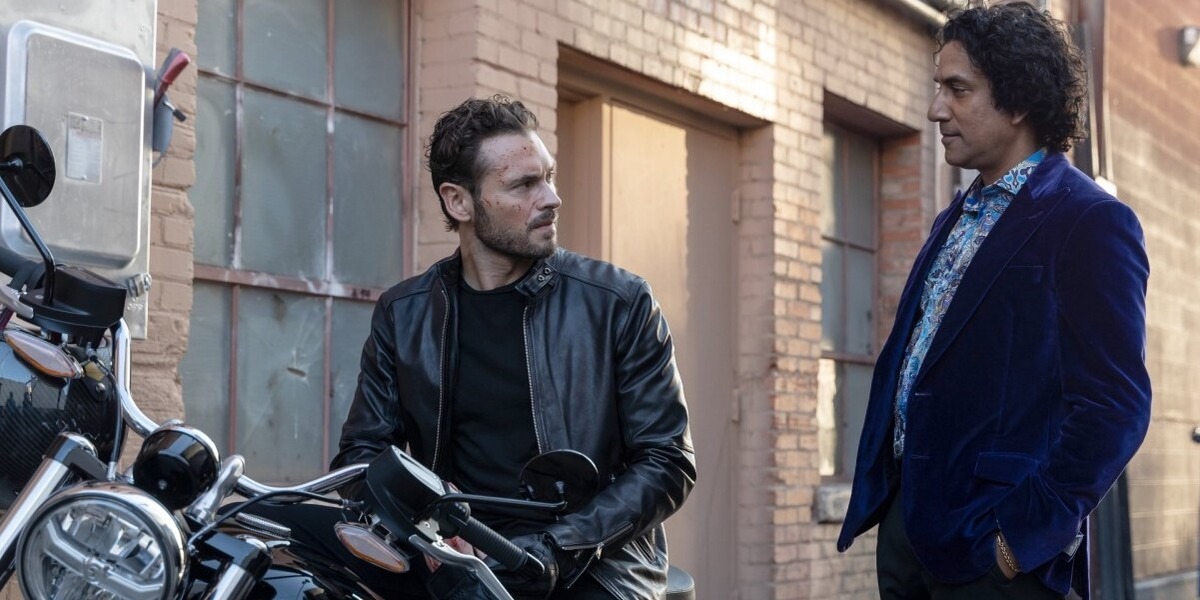 Fox’s ‘The Cleaning Lady‘ season 2 sees Thony trying to forge a new path by no longer being limited by the influence of Arman and Garrett on her life. However, she runs into a string of troubles, and the fifth episode continues this trend. In the episode titled ‘The Brit,’ Thony and Arman work together so that Arman can pay off his debt sooner. Meanwhile, Garrett hunts down a criminal known as “The Brit.” As a result, Thony, Arman, and Garrett’s paths inadvertently collide, resulting in some pulsating drama. If you wish to catch up on the episode’s events and ending, here is everything you need to know about ‘The Cleaning Lady’ season 2 episode 5! SPOILERS AHEAD!

The episode, titled ‘The Brit,’ opens with Thony and Fiona working on their own cleaning service business. However, they are struggling to get new clients. Fiona worries about Chirs’ mental health, and Jaz returns from a trip with her dad. Fiona desperately searches for cleaning contracts and receives a call from a dancer named Ginger. Meanwhile, Arman and Nadia debate over repaying the debt they owe Robert Kamdar. However, Thony’s slow approach to dealing drugs makes them impatient. As a result, Arman decides to take matters into his own hands. He wants to move a large consignment to make $200,000, but Thony disagrees as it is against her principles. Therefore, Arman and Thony part ways.

Elsewhere, FBI Special Agent Garrett Miller meets Special Agent Tyler Jefferson while investigating Cortez. Through Maya’s phone, Garrett discovers “The Brit,” a mysterious drug supplier operating in Las Vegas. He finds that The Brit will move a large consignment of drugs soon and instructs his network of intel providers to be on the lookout for The Brit. Robert insults Arman by using him as a hired muscle, enraging him. After Arman beats up one of Robert’s business partners, Robert asks him to call Thony to clean the mess.

Meanwhile, Thony and Fiona work on a job given to them by Ginger. However, Thony is forced to leave after Arman calls her in desperate need of help. After realizing Arman’s condition, Thony decides to help him navigate the difficult situation. However, Arman and Thony working together make Nadia jealous, leading to an argument between her and Arman. With help from her family, Fiona completes the job and impresses Ginger. Therefore, Ginger gives Fiona a long-term contract. Thony completes the task Robert gave her and leaves to complete the drug deal with Arman.

Arman and Thony agree to move the drugs consignment to street dealers so that they can earn quick cash and Arman can repay Robert Kamdar. The duo completes the deal and receives their payment. Meanwhile, Garrett’s informant tips him off about the drug handover. As a result, Garrett decides to foil the drug deal in hopes of reaching The Brit. However, the deal is done when Garrett arrives on the scene, and the dealers are escaping in a truck. Garrett catches up to the truck and manages to stop it.

Garrett realizes that the dealers are Arman and Thony. He holds them at gunpoint and demands an explanation. While Garrett intends to arrest Arman, he gives Thony a chance to clear her name. However, Thony takes up the blame for dealing drugs and tries to protect Arman. Nonetheless, Garrett does not believe Thony’s cover story. After Thony and Arman fail to provide Garrett with any reason to set them free, he decides to arrest them. However, Thony decides to strike a deal with Garrett.

Thony reveals that Cortez is working for Robert Kamdar. Garrett is tracking Cortez and wants to catch the criminal so that he can free Maya. Therefore, Thony offers to help Garrett catch Robert, who is a bigger criminal in her eyes and technically Cortez’s boss. Thony explains that Robert is a loan shark who invests in nearly every criminal business in Las Vegas.

Thony’s words make Garrett realize that Robert Kamdar is the mysterious Brit he is searching for. Therefore, Thony pleads with Garrett to let her and Arman off the hook. In exchange, Thony agrees to work as an informant for Garrett. Ultimately, Garrett does not arrest Thony and Arman. He accepts Thony’s deal, landing him, Arman, and Thony in the same uneasy alliance they were forced to form in the season 1 finale.