Is The Great Giveback Scripted? Is it Real or Fake? 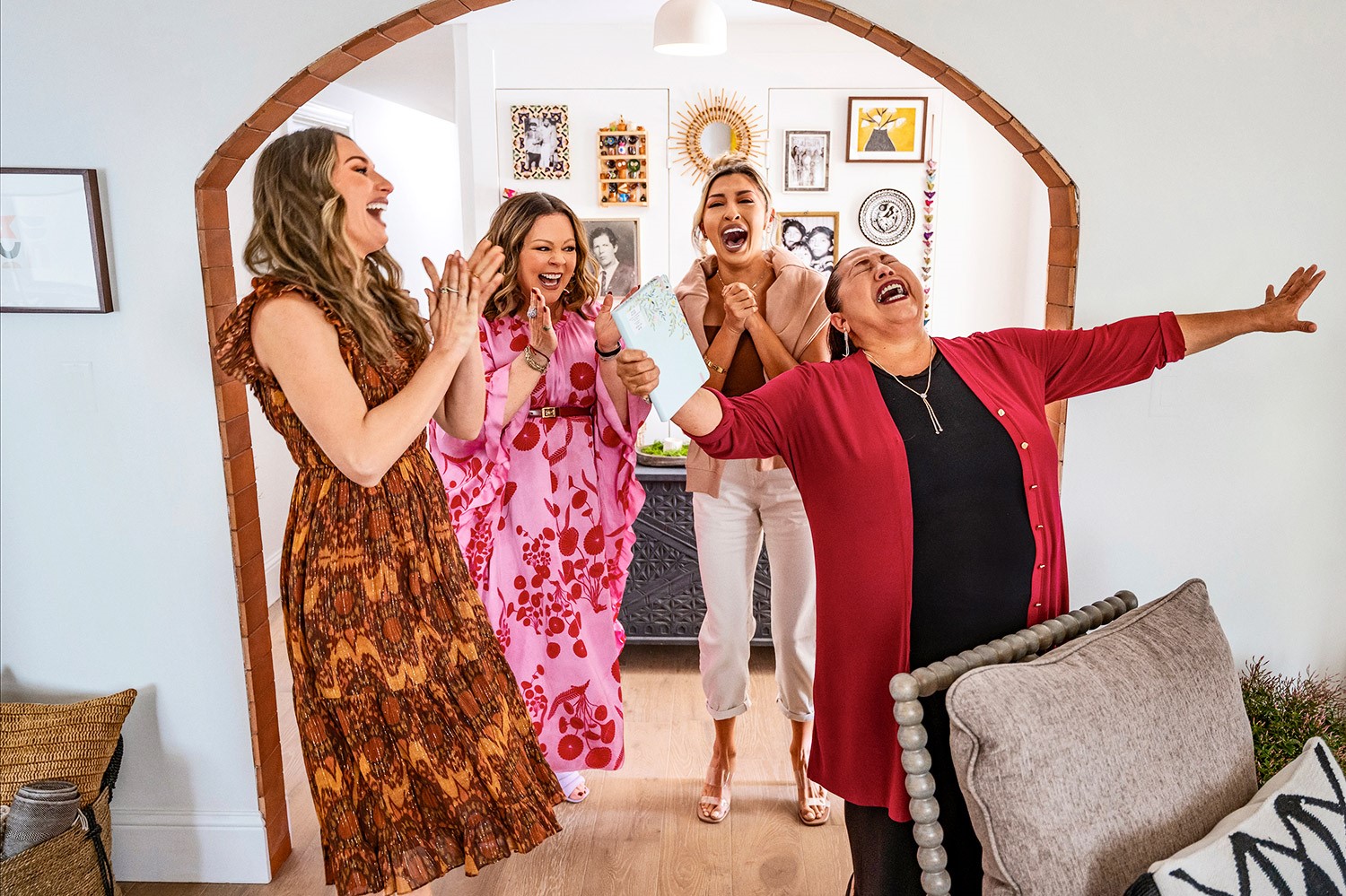 ‘The Great Giveback With Melissa McCarthy and Jenna Perusich’ is a home renovation series with talented Melissa McCarthy and Jenna Perusich as hosts. The cousin duo provides home renovation services to different families across the country. However, the homeowners for the show are chosen from a process, wherein people could submit names of their loved ones or someone they admire for the transformation services, along with why they think the people deserve the services. Both Melissa and Jenna arrive at the homes of the people who have inspired them the most and offer their services.

The vision of the hosts is turned into reality, thanks to their skills, a team of talented workers, and on some occasions, a bit of outside help. The show is as feel-good as one can hope for with a heart-touching story of helping those who have, in turn, helped society as a whole. However, many viewers cannot help but question the show’s authenticity and have questions of their own. We decided to look into the same questions ourselves and find the answers.

Is The Great Giveback With Melissa McCarthy and Jenna Perusich Scripted?

No, ‘The Great Giveback With Melissa McCarthy and Jenna Perusich’ is not scripted. To understand how the show came about, we must go back to Melissa and Jenna’s first appearance on the HGTV network, specifically on ‘Celebrity IOU.’ As a part of the episode, the cousin duo worked alongside the Property Brothers, Jonathan Scott and Drew Scott, to renovate Jenna’s parents’ home. The couple is retired police officers who were quite happy with how their house turned out. The experience motivated the two to do more of the same with others.

“We really got to see how changing someone’s home, the space they live in, it just affects every day. It can lighten the load emotionally, and physically. It brightens the day,” Jenna shared with Channel Guide. “I saw that firsthand with my parents. … When where you live feels good, you feel good. And so getting to extend that also into this project, that’s really what it’s all about.” Soon the duo bagged their own show titled ‘The Great Giveback With Melissa McCarthy and Jenna Perusich.’

However, due to the nature of the show, some parts might seem theatrical to the audience at face value. In particular, the reaction of homeowners on seeing Melissa and Jenna might seem a bit too much at times. Surely it can’t be a surprise since they know there are cameras around them, right? 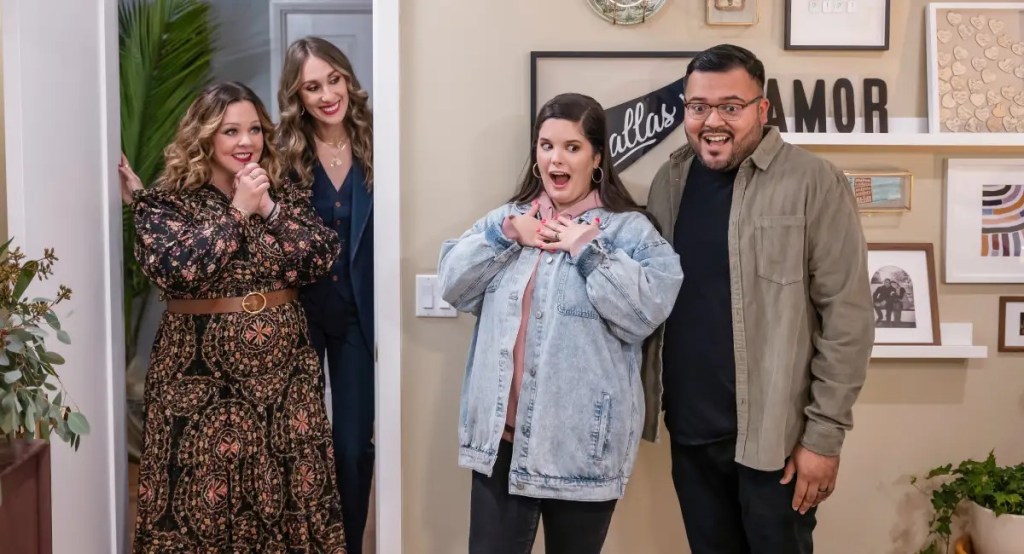 Well, as it turns out, these lucky people really had no idea about what was going on when they met the show hosts. The producers apparently go to the families and set up under the pretense of an interview. They are told that they are being considered for a potential renovation since they were nominated for the same by a loved one. Apparently, while the unsuspecting families are doing their small interviews, hoping they will be selected, Melissa and Jenna simply turn up and ambush them. We don’t know about our readers but a celebrity suddenly turning up in our homes is sure to gain a loud response from us.

Before appearing on the HGTV show, Melissa and Jenna had worked on some renovation projects, but it was generally for someone they knew. So, the reality series is a novel experience for them. “With the show, we get to meet them and really listen to what they need, and all of these people have just been so endearing and so inspiring and funny,” Melissa explained. “Like everybody else, they’re juggling a million things in their lives. And it’s nice to see that we’re all kind of spinning the same plates. It makes me feel kind of like we’re all in it together.” 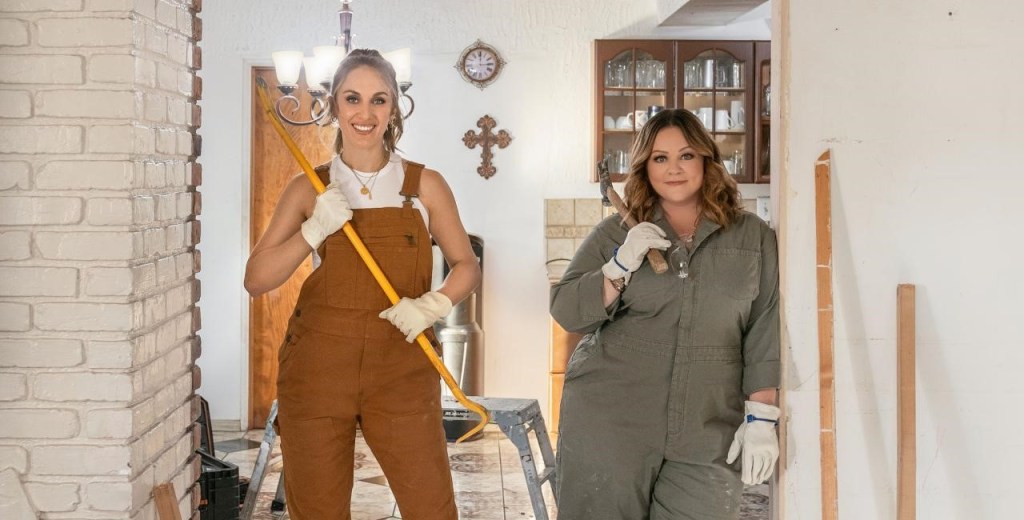 Having said that, we admit that some post-production magic, especially in regards to editing, is likely involved in the making process to present an entertaining narration. After all, it is reality television. However, despite the added flair, the work done on the houses and the stories on the show are real. Whether it’s a combat veteran nominated by their fiancée or a long-time and beloved law enforcement officer, the people involved in ‘The Great Giveback With Melissa McCarthy and Jenna Perusich’ are rewarded for the good they have done for the community, which is undeniably heartwarming.