The Man Who Fell to Earth Episode 3 Recap and Ending, Explained

‘The Man Who Fell to Earth‘ episode 3 follows Faraday and Justin as they head to the mysterious tech firm called Origin. En route, they join forces with the company’s ousted risk assessor, Hatch Flood, and Faraday’s alien-powered antics get increasingly impressive. Titled ‘New Angels of Promise,’ this episode of the sci-fi series is a dizzying chapter that also reveals some intriguing details about the connected fates of Earth and Antheon. Let’s dive in and take a closer look at ‘The Man Who Fell to Earth’ episode 3. SPOILERS AHEAD.

The Man Who Fell to Earth Episode 3 Recap

The episode opens with Faraday still struggling from the effects of absorbing Justin’s father’s ailments. Finally, a black mass emanates from him and dissipates into the air, leaving Faraday as well as Justin’s father, Josiah Falls, completely healthy. Initially stunned by the transformation of her father, Justin finally agrees to take Faraday to Seattle. On the way, the alien shows Justin the tiny yet powerful quantum engine that powered his ship when he came to Earth. However, the quantum engine is almost out of power and seemingly has just enough juice for a few impressive demonstrations.

Meanwhile, at the Origin headquarters, Edie Flood, who inherited a controlling stake in the company from her father, fires her brother, Hatch. Though he denies it, Edie is convinced that Hatch has tried to sell one of the company’s nine crucial patents, which are the source of all their revenue. Following Newton’s orders, Faraday tracks Hatch down and convinces the disgruntled former-Origin risk assessor to pull some strings so the quantum engine’s power can be demonstrated in front of Edie.

In Alaska, CIA agent Spencer Clay finds a recording in Dr. Gregory Papel’s cabin depicting Newton getting tortured. The agent steals the film and burns down the cabin with the late doctor’s body still inside. He then informs his superior, Drew Finch, about his findings, and the two realize that potential alien forces are at play.

The Man Who Fell to Earth Episode 3 Ending: What is Faraday’s Quantum Fusion Engine?

Arriving at a tech meetup in London where Edie Flood is in attendance, Justin and Hatch try to keep Faraday as inconspicuous as possible. Soon enough, however, the genius alien cannot contain himself and barges onto the stage. Even as the audience protests, Faraday pulls out a tiny device from his pocket, making all the lights in the room glow brighter. The shocked audience, including Edie Flood, then looks out of the window to see that the lights of the entire city block have become significantly brighter.

The episode ends on a surreal note, with Faraday making the first public display of his wide-ranging powers. Unlike his other powers, however, what Faraday displays at the end of episode 3 has potentially world-altering repercussions. The tiny quantum fusion engine that he removes from his pocket has the energy to power an entire city block and possibly much more. Earlier, Faraday powers an oil rig by simply placing the engine inside.

When Justin asks whether the engine uses cold fission, Faraday says that the device actually uses quantum fusion, a technology that is centuries ahead of human science. The quantum fusion engine, which sits in the palm of Faraday’s hand and which he earlier regurgitates (like the gold rings in episode 1), actually powered his space flight all the way from the planet Antheon to Earth. Though it still has enough power to light up a city block, Faraday reveals that it is running low on energy.

Interestingly, the alien also reveals that Justin, during her days as a scientist, got closer than anyone before her to creating a quantum fusion engine. However, her research was then abandoned for being unviable. Seeing an actual working quantum engine brings tears to Justin’s eyes and also leaves the powerful tech experts at the meeting — Edie Flood included — completely speechless.

Episode 3 reveals that Thomas Newton became exceedingly well known and wealthy on the basis of 9 patents that he introduced. Each contained a revolutionary technology that hadn’t been in use before then. The government subsequently deemed him dangerous and seized the patents, giving them to a company called Origin. Thus, Origin came to own and profit immensely from Newton’s patents. 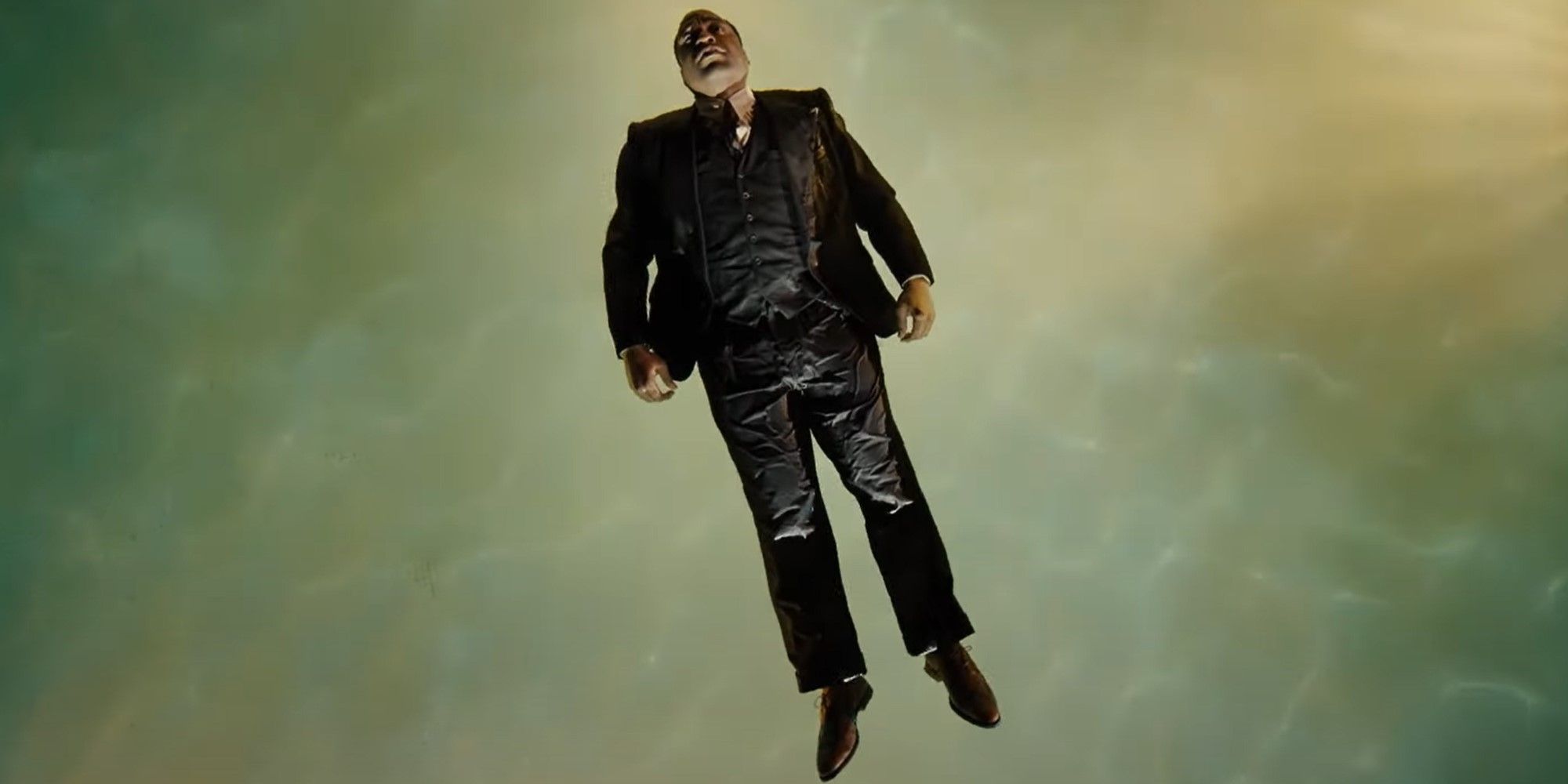 Newton also had a tenth patent, the plans of which he did not reveal entirely. Thus, neither the government officials who seized his other patents nor the scientists at Origin could find a usable way to use the tenth patent. Faraday now reveals that the tenth patent is a perpetual quantum fusion engine that would provide clean energy forever and never run out. This makes Newton’s tenth patent potentially priceless.

However, as Hatch Flood frets, a device like the perpetual quantum fusion engine would make all other energy sources obsolete and result in a collapse of the world order. Faraday, on the other hand, is looking for Newton’s patent because the engine, with its limitless source of energy, could help save Antheon by stabilizing the planet’s core. Since Earth is predicted to undergo a similar fate, Justin requests Faraday to leave the plans for the quantum engine behind so humanity also has a fighting chance at survival.

Read More:Who is Newton in The Man Who Fell to Earth? Is He Human or Alien?