The Many Saints of Newark Ending, Explained 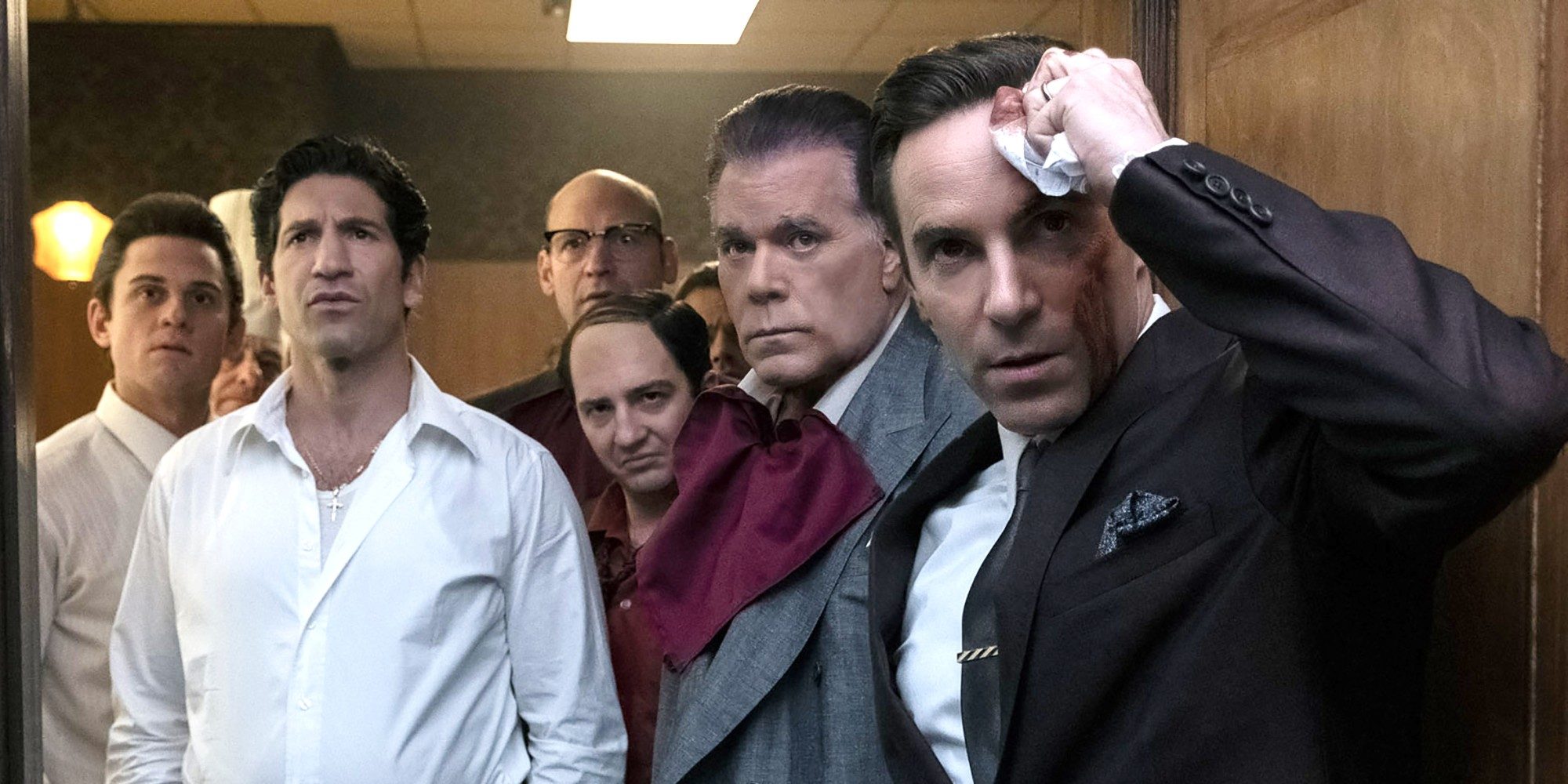 ‘The Many Saints of Newark’ is the long-awaited prequel to ‘The Sopranos,’ which is considered as one of the best crime shows ever made. The crime drama film is directed by Alan Taylor, who previously directed episodes of the show while creator David Chase co-wrote the screenplay. With a director and writer who have a steady hold over the world of the DiMeo crime family, it was never in question that the film would enrich the show’s mythology.

It does precisely that by diving into the boyhood of Tony Soprano and focusing on his relationship with his uncle and mentor figure, Richard “Dickie” Moltisanti. As with the show, the movie also requires a little bit of reading between the lines to understand some of the narrative elements. If you find it difficult to grasp some of the nuances of the ending, allow us to provide clarification. Here’s everything you need to know about the end of ‘The Many Saints of Newark.’ SPOILERS AHEAD!

The Many Saints of Newark Plot Synopsis

‘The Many Saints of Newark’ is set in 1960s Newark and centers on Dickie Moltisanti, who is admired by his nephew, Anthony “Tony” Soprano. Dickie’s father, Aldo “Hollywood Dick” Moltisanti, marries an Italian woman named Giuseppina. However, Aldo treats Giuseppina badly and physically abuses her. One day, Dickie threatens his father over his abuse of Giuseppina. Aldo responds by insulting Dickie’s mother, and in a fit of rage, Dickie kills his father. He burns the body at a store and stages it to appear as if Aldo died in a riot. 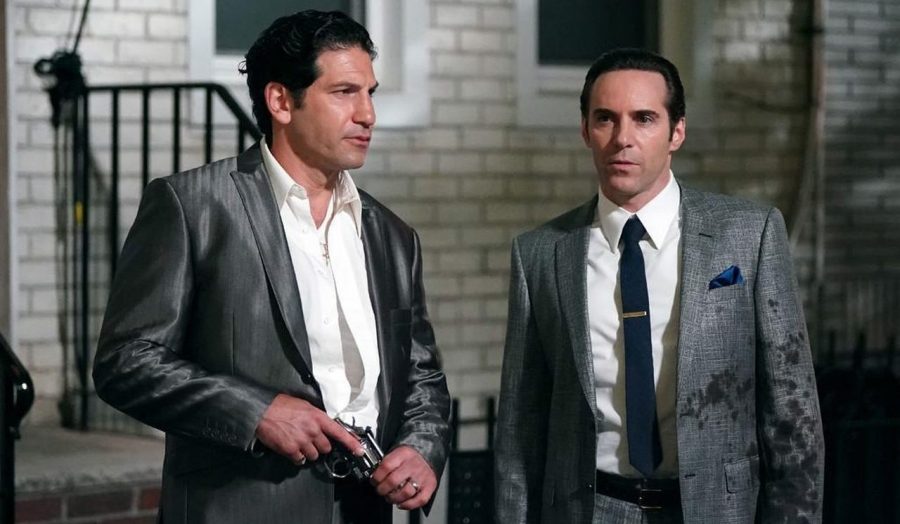 After his father’s death, Dickie’s influence in the DiMeo crime family begins to grow. Giuseppina becomes Dickie’s mistress, and Tony’s father, Giovanni “Johnny Boy” Soprano, goes to prison for charges of assault with firearms. In the meantime, Dickie becomes a father figure to Tony, who regularly gets in trouble at school. Elsewhere, Dickie’s former runner, Harold McBrayer, forms his own gang by unifying the African American community in Newark and surrounding areas.

Dissatisfied with her relationship with Dickie, Giuseppina begins to see Harold. After Harold’s gang kills one of Dickie’s associates, he swears revenge. He learns that Giuseppina was cheating on him with Harold, and Dickie kills her. On his Uncle Sally’s advice, Dickie cuts off ties with Tony, not wanting to leave a mark of his crimes on his nephew. After a conversation with Silvio, Dickie considers speaking with Tony. However, before he can, Dickie is shot outside his house.

The Many Saints of Newark Ending: Is Dickie Dead? Who Killed Dickie and Why?

The film takes a significant amount of time to set up the intimate details of who Dickie is as a person. While he is a criminal, he has specific likable attributes that make him a role model in Tony’s eyes. Of course, casting his shadow on the young and impressionable Tony means that the troubled teenager could end up on a dark path. However, before the movie can dive into this conflict, Dickie is murdered.

For a moment, viewers are led to believe that Harold might have ordered the hit on Dickie, given the hostility between the two. However, as it turns out, the person who had Dickie killed is Johnny’s brother, Corrado “Junior” Soprano. Junior’s character not receiving a lot of screentime makes the reveal surprising. Still, if you look closely, it is clear why he killed Dickie.

Earlier in the movie, we see a scene where Junior slips and hurts his back while Dickie laughs at the man’s pain. On the surface, it might seem that Junior killed Dickie because of this incident. However, it only served as Junior’s breaking point. Junior had become the second fiddle to Dickie both in his personal life and criminal life. In Johnny’s absence, Dickie looks after his family and becomes a father figure to Tony.

While it isn’t explicitly stated, it is clear that Junior felt jealous of how everyone, including his brother and nephew, looked up to Dickie. By revealing Junior as the killer of Tony’s mentor, the narrative adds another layer to the rivalry between Tony and Junior, which unfolds in ‘The Sopranos.’ Dickie’s death serves as a bridge that connects the film’s story to the show without actually addressing its events.

What is the Significance of the Pinky Promise?

In the closing moments of the film, we see Tony attending Dickie’s funeral. As Tony looks at Dickie’s dead body lying in the casket, he imagines the two making a pinky swear to each other. The scene is a callback to an earlier scene between the two characters where Tony promises Dickie that he won’t get into any more trouble. Here Tony expresses that he does not want to end up like his father’s friend who was shot by cops. Dickie promises that he won’t let that happen to Tony as long he is alive. 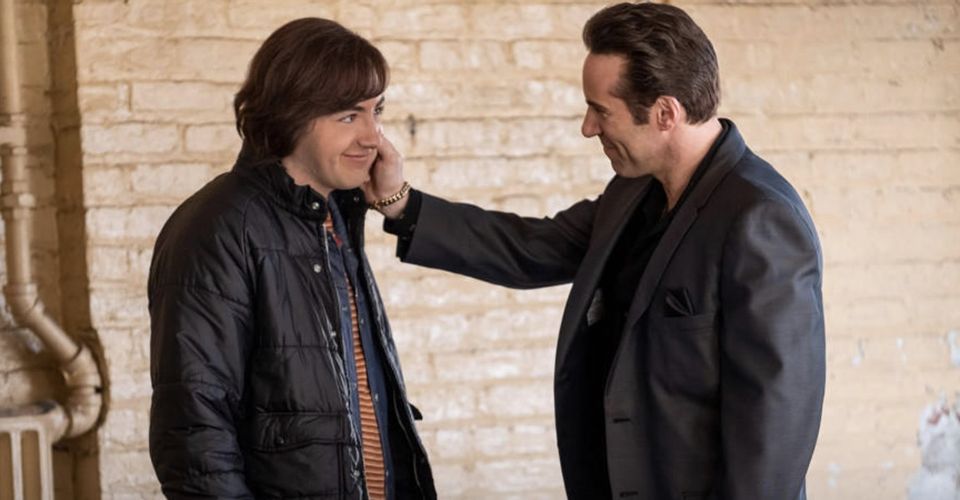 The pinky swear foreshadows Tony’s fate as he will inadvertently end up becoming the head of the DiMeo crime family, walking down the same path as his uncle. Before his death, Dickie planned on speaking to Tony after Silvio suggested that Tony could become a part of their operation. It is implied that during this conversation, Dickie would’ve told Tony that he is a bad influence and possibly steered Tony on to the right path. However, this conversation never happens.

Instead, it is possible that Silvio assumes Dickie wanted Tony to join their operation, leading to the genesis of Tony’s transformation into the feared crime lord that we all know. One interpretation of the scene can also be that Dickie’s death reminds Tony of his promise to stay out of trouble. Nonetheless, we know that Tony ends up breaking that promise in the future after trying to remain on the right path for a while. Either way, the ending makes it clear that Dickie’s death serves as the inciting incident in Tony’s life.

Does the Movie Connect to The Sopranos Ending?

The ending of ‘The Sopranos‘ is one that is frankly inconclusive. Hence, it continues to fuel passionate discussions among the fanbase. Creator David Chase has remained tight-lipped on the ending and left the interpretation up to the audience. Therefore with ‘The Many Saints of Newark’ bringing new material to ‘The Sopranos’ saga, fans have wondered whether we would finally get some clarification about the show’s ambiguous ending.

Although the movie includes no such answers, it contains an interesting detail that connects the ending of both the film and the show. In the closing moments, as per Dickie’s message, Tony is seen waiting for his uncle at Holsten’s, the very same place that Tony is seen with his family in the show’s final scene. There is also another parallel drawn between Tony and Dickie.

In the movie, Dickie talks about the guilt he feels from the crimes he has committed with his Uncle Sally. These conversations mirror those that Tony has with his psychiatrist Jennifer Melfi. Therefore, we can infer that Dickie felt guilty over his criminal lifestyle, just like Tony suffers from depression and self-guilt later in life. Although this factor does not contribute to Dickie’s death, it might serve as a hint that Tony eventually ends up dead just like his uncle.

Read More: Where Was The Many Saints of Newark Filmed?