The Marriage App Ending, Explained: Why Do Belen and Federico Separate? 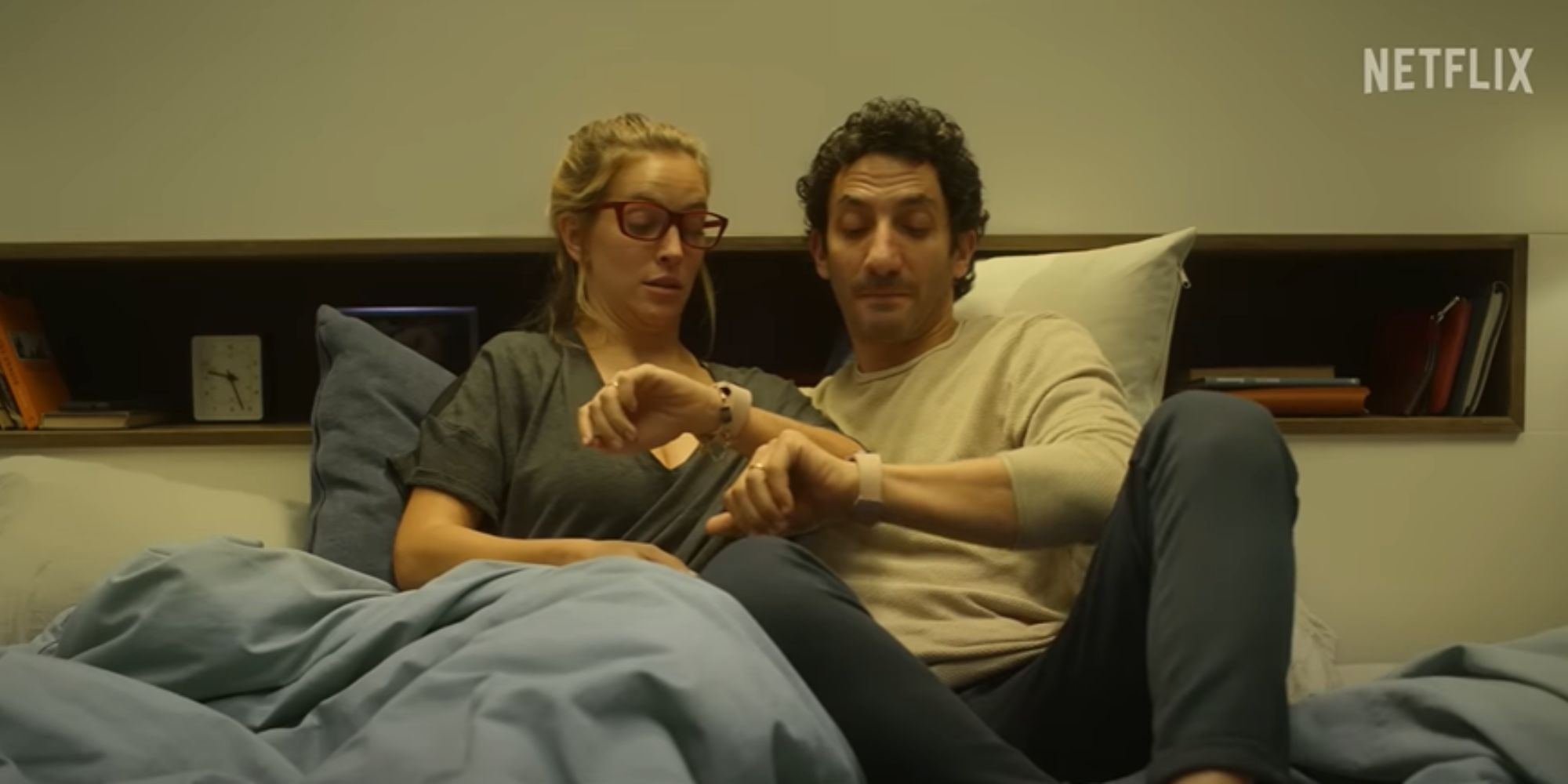 Helmed by Sebastián De Caro, the Spanish movie ‘The Marriage App’ features Luisana Lopilato and Juan Minujín as the married couple Belen and Federico. The Netflix romantic comedy focuses on the married life of Belen and Federico. The couple uses an app to track the efforts and work they put into their marriage to make it successful. They earn miles whenever they make their spouse happy, and the miles get deducted when they do something upsetting.

It touches upon various aspects like issues in a marriage, the need for intimacy, and honesty in a successful relationship. The tribulations of Belen and Federico’s marriage unravel in the movie’s plot. The film reflects modern marriage’s inner workings and its subsequent impact on the partners’ lives. If you want to dive deeper to comprehend the ending of ‘The Marriage App,’ then look no further. SPOILERS AHEAD!

Belen and Federico have a meet-cute in a tragic accident. Two kids, credit card bills, and regular household chores surround their daily lives. Belen’s sister and her husband save their dying marriage with the help of an app called Equilibrium. Belen suggests that they use the app as well. The couple seems happy on the surface. However, in reality, they experience a lack of passion and fire in their love lives. 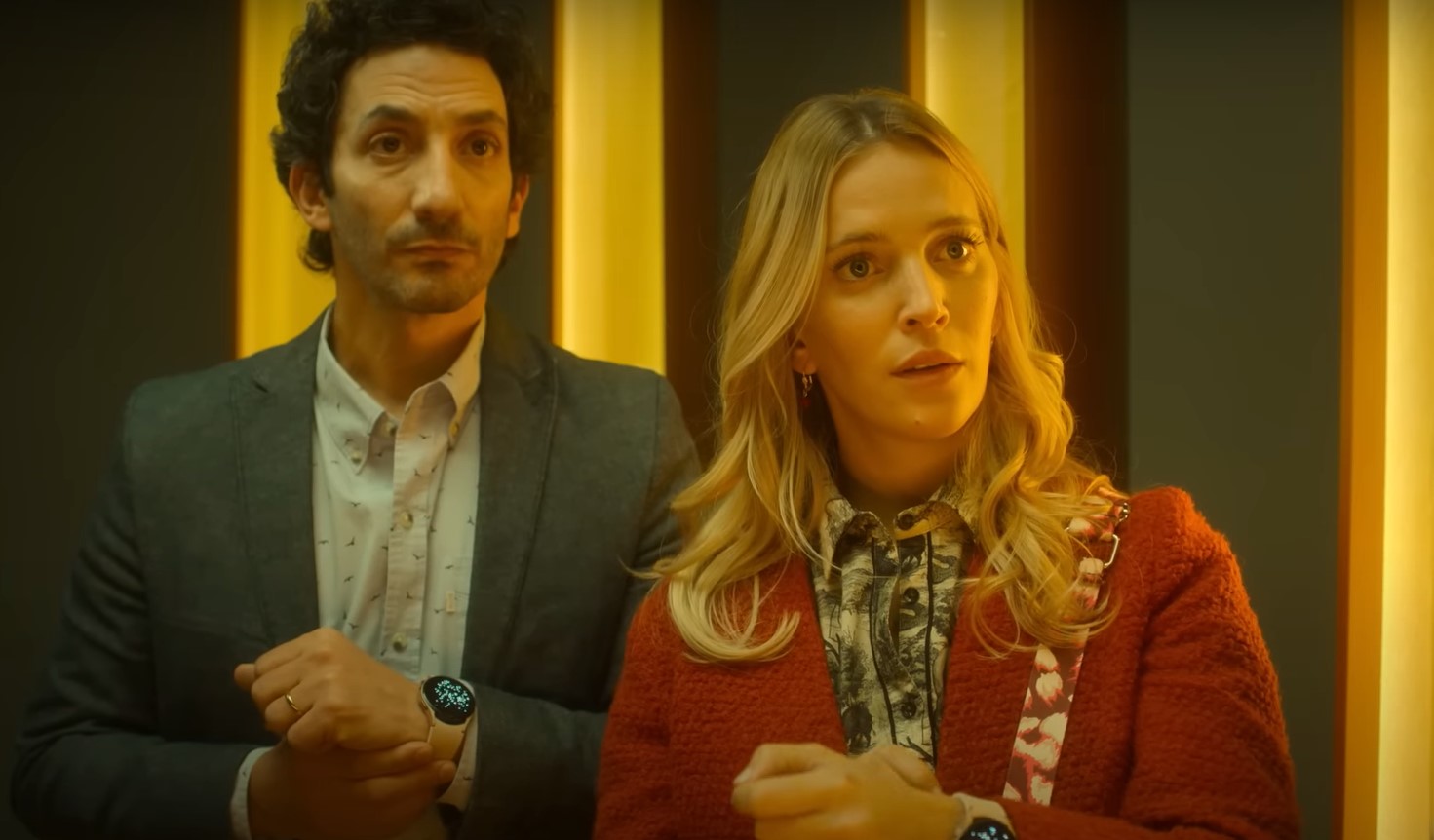 In the meanwhile, we see Federico distracted and lost at home. He does not pay attention to Belen’s needs or help out with household chores. Despite it being super expensive, Belen and Federico eventually come around. The app offers the promise of a happily ever after for even the most incompatible couples. On the face of it, Federico agrees to use the app because this will allow him to work on his marriage and make Belen happier. However, after doing this, Belen will be more inclined to let Federico go to Cancun with his friends for an amateur cooking competition.

Earning miles becomes the only thing on Federico’s mind. He does everything in his power to keep her happy. In short, he becomes a perfect husband. The couple enjoys renewed passion. Belen and Federico go the extra mile to display their affection for each other. Things turn sideways when Belen learns of Federico’s ulterior motives. She discovers that Federico is not doing anything out of love but only to earn his trip with friends. Belen decides to turn the tables and work towards earning a thousand miles, which is the target to go for a trip with friends.

Thus, begins the obsession with earning miles and putting each other down. Belen and Federico’s competitive and hasty spirit overtakes the love and affection that started the charade. They neglect their kids in the process and even take extreme measures to win miles. The ultimate destiny of the couple is revealed in the climax of the movie.

The Marriage App Ending: Why Do Belen and Federico Separate? 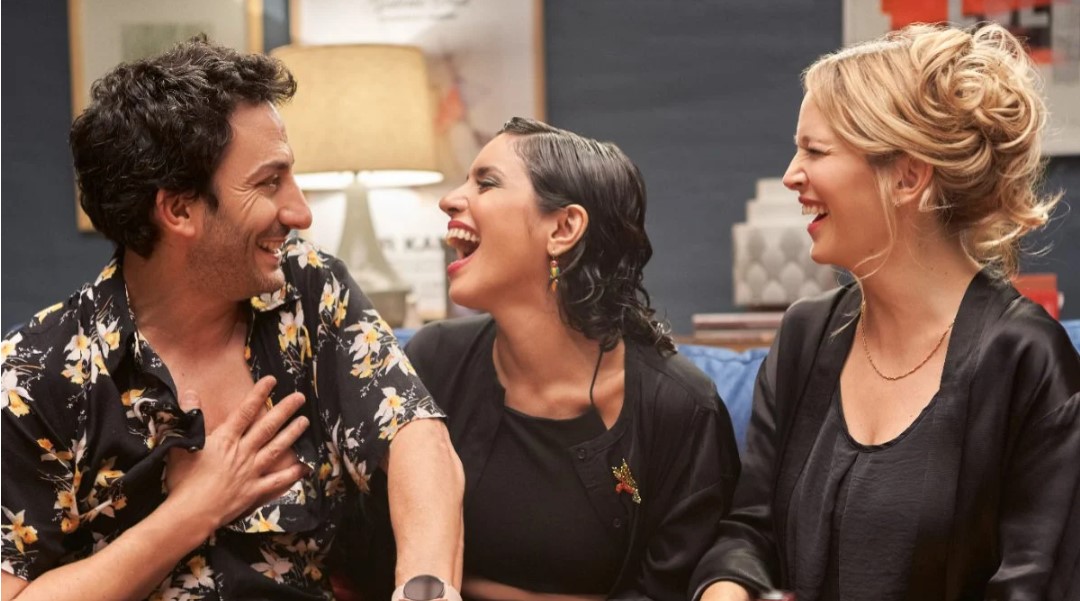 When Federico wakes up, he thinks that he had sex with Belen’s friend as well. He feels guilty and betrayed. To top it all off, he learns that his miles got deducted because he got aroused by another woman in front of his wife. Federico narrates the incident to his friends, and they collectively decide to go big to earn more miles.

With the help of his friends, Federico plans to become a hero in Belen’s eyes. He plans a fake mugging to rescue Belen at the last second. His friend, Gonza, acts as the mugger. However, Belen manages to save herself by using her pepper spray. Before that, she notices the tattoo on Gonza’s sleeve. Federico gets there late but controls the situation and saves Belen.

Gonza caters for the Equilibrium Annual Party, which Belen and Federico are also attending. Belen learns the truth behind the mugging and storms off. The competitiveness and lack of honesty cause a strain between Belen and Federico’s marriage. They push each other away as the race for miles gets out of hand. The very app that helps them rediscover their lost love instigates something very negative in both spouses.

Federico tries to patch things up and cooks a nice meal, but to no effect. Belen feels cheated and fears that she can no longer trust him. Mugging proves to be a traumatic incident for Belen, and she struggles to come to terms with it. Belen and Federico live separately for a few days to get their minds straight. They take some time away from each other to think about their actions. Somewhere along the way, the couple forgets about the love they share and only focuses on the hurry to collect miles.

Anyhow, the couple comes to realize that life without the other is awful. Even while they succeed in their work lives, they have no one to share their happiness with. At Antonio’s basketball game, Belen and Federico wipe the slate clean and start afresh. They recreate their meet-cute and rediscover the lost passion once again.

Are Federico’s Efforts For Belen Real?

Federico focuses on getting enough miles to redeem for a trip to Cancun with his friends. He has ulterior motives from the beginning of their app usage. However, we witness Federico really enjoying his time with Belen. He even says so to his friends and assures them that the app is actually bringing the couple together. From the trip to the resort to all the breakfast meals in bed, Federico sees everything he has been missing out on.

Although Federico plans for a trip behind Belen’s back, we believe that his efforts to pay attention to Belen and be there for his kids are authentic and honest. He loves his time with Antonio and Micaela as well. Federico loves cooking for his family, as he makes delicious meals for them almost every night.

Belen appreciates his food and encourages him to cook more often. In the end, Federico seems to be the one who actually wants to work on the relationship. He goes the extra mile to win Belen back. Federico even moves out to give Belen space so she can figure stuff out. All these activities and initiatives point to the fact that Federico truly loves Belen and that his efforts to sustain their relationship are genuine.

Read More: Is Netflix’s The Marriage App Based on a True Story?