Loosely inspired by Brian Stelter’s 2013 non-fiction book ‘Top of the Morning: Inside the Cutthroat World of Morning TV,’ ‘The Morning Show’ is a news drama series that seeks to depict the professional and personal lives of the staff and anchors of the eponymous breakfast program, which airs on the fictional UBA network. Like most other TV shows made about news and media, ‘The Morning Show’ depicts a version of real-life headlines.

The impact of the #MeToo Movement had shaken entertainment, media, politics, and every other aspect of life when the first season was developed, so the narrative was built around workplace sexual misconduct. By the time the second season went into production, the 2020 US Presidential Election and the advent of the COVID-19 pandemic had become prevalent, so the narrative gradually shifted toward those issues. Here is everything you need to know about the ending of ‘The Morning Show’ season 2. SPOILERS AHEAD.

The second season begins right where the first season concludes. After Alex (Jennifer Aniston) and Bradley (Reese Witherspoon) expose how UBA president Fred Micklen enabled Mitch Kessler’s (Steve Carell) behavior, the network goes into damage control mode. Cory (Billy Crudup) makes a deal with Fred that lets him become the network CEO in exchange for securing a $190.2 million severance package for the other man. Alex quits and moves to rural Maine, but that only lasts for a short period. Bradley tries to hold down the fort in her absence, but Cory convinces Alex to come back to work amidst dipping ratings.

But her much-celebrated return doesn’t go as planned. She is perpetually in fear of the content of Maggie Brener’s book about her and Mitch’s relationship. Alex also brings back Chip (Mark Duplass) as her personal producer, much to the consternation of Cory, the new president of news Stella Bak (Greta Lee), and Mia (Karen Pittman), but they nonetheless accept.

As the season progresses, life gets complicated for almost all the characters. Bradley becomes involved in a relationship with Laura Peterson (Julianna Margulies) and discovers that she can aspire to be happy. But then her brother, Hal, shows up at her door, reminding her of her “rotten” past. Mitch dies after he lets his car fall over a cliff, and its ramification is felt by everyone, especially Alex, who is “canceled” after a video of her speaking at Mitch’s memorial is leaked on social media.

In the season 2 finale, titled ‘Fever,’ Alex is diagnosed with COVID, and Chip convinces her to host a show about her experience on UBA+. A panicking Bradley searches for her brother and, on Alex’s advice, reaches out to her followers on social media for help. Daniel realizes that he must make certain decisions about his future. Cory tells Bradley how he feels about her, but before she can respond, someone calls her, claiming to know her brother’s whereabouts.

Sometime after her return from Italy, Alex becomes ill. Most of her colleagues fear the worst, and they are proven right. Alex has indeed contracted COVID. However, Mia and Stella decide not to tell their staff that. Instead, they tell the employees that someone among them has the disease and ask them to work from home. Chip approaches Cory on the street to pitch the idea of a show where Alex speaks about her experience with the disease. After giving it some thought, Cory agrees. However, after Stella refuses to put Alex on primetime, he transfers the program to UBA+.

The season finale depicts the early weeks of the pandemic in the US. People struggle to come to terms with their new reality. Alex learns firsthand what it is like to have COVID as one of the first few hundred patients of the disease in the US. In her own words, she feels that she is being cooked from within. She takes long showers to bring down the temperature and consults her doctor, who advises her to stay at home and monitor her breathing and temperature.

After convincing Cory, Chips comes over and persuades Alex to host the show. Alex is terrified that he will get infected as well, but Chip assures her that he already has COVID and just might be asymptomatic. Initially reluctant, Alex eventually agrees to face a hostile world in her most vulnerable state. The more she does the show, the more she rises above her insecurities and fears.

Alex doesn’t die in ‘The Morning Show’ season 2, nor does she let other people’s opinions dictate her life. She gradually recovers and becomes a better version of herself, both physically and emotionally. While we don’t yet know what effect her show has on her viewers, it can be safely said that making it saved Alex in more ways than one.

Does Chip Have COVID?

When Chip rushes into Alex’s home to speak to her about the new show, he claims that he has COVID, adding that he seems perfectly alright only because he might be asymptomatic. It is later proven to be a lie. When Alex decides not to follow the teleprompter and speak about Chip’s diagnosis in order to accept her responsibility and thank him for supporting her when she needs it the most, he gets a call from Madeleine, his girlfriend, who likely has heard about it for the first time on the live broadcast. Chip decides not to pick up the phone and continues working. 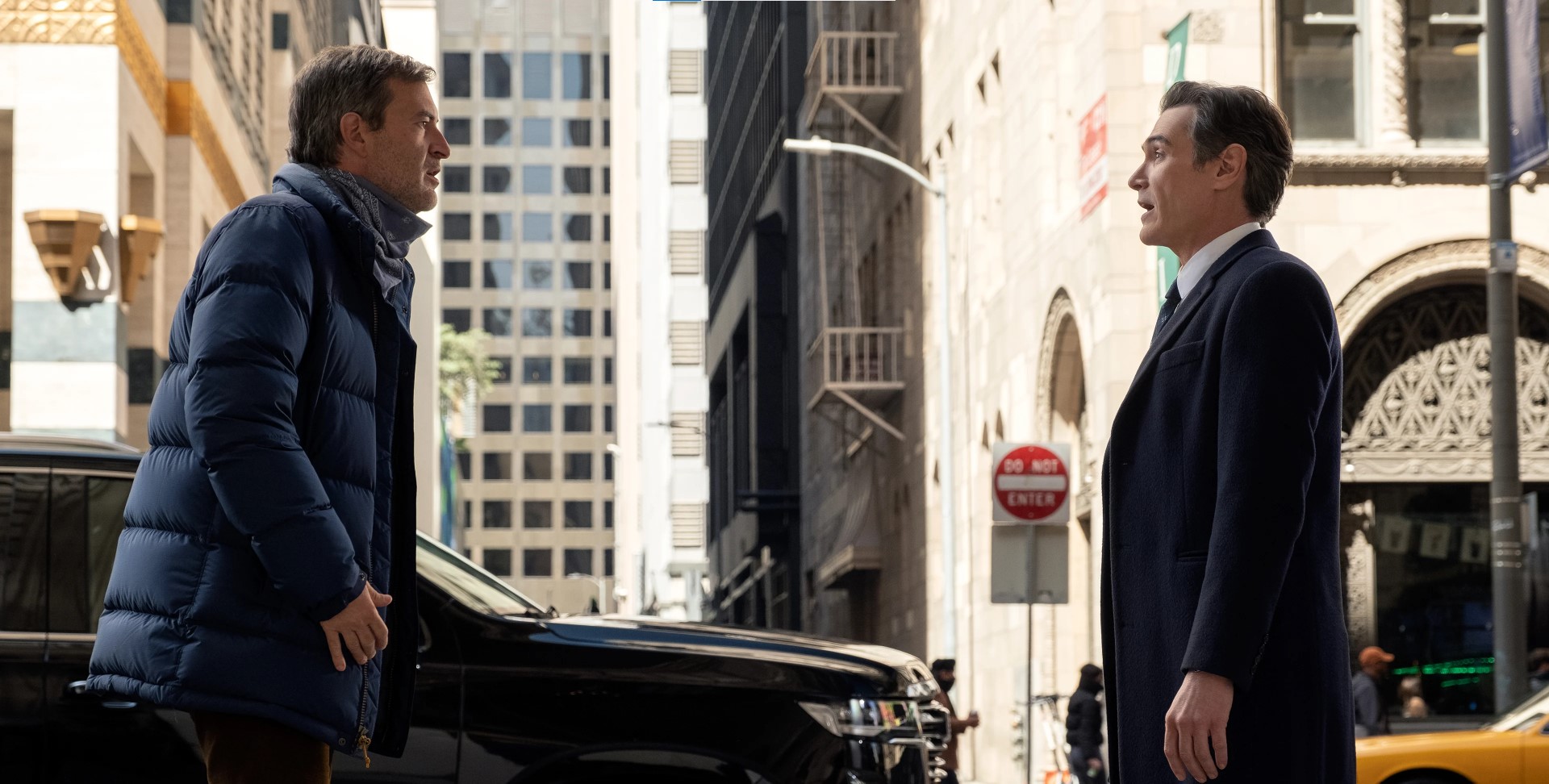 It is later revealed that he probably didn’t even get tested before coming to work with Alex, knowingly exposing himself to the disease. And even if he got tested, and the result was negative like he tells the receptionist from the health facility over the phone, it’s completely immaterial now.

Time and again, Chip has shown that he has a self-destructive streak when it comes to Alex. It already had a catastrophic effect on his career once, when he told the New York Times about the sexual misconduct allegations against Mitch to save Alex’s job. Now, he puts himself in mortal danger to save Alex, her career, and her self-worth, and he painstakingly ensures that she doesn’t come to know about it. Sooner or later, his tendency to sacrifice his own needs is going to catch up with him. We can only hope that it’s not in the shape of a severe case of COVID.

Read More: Where Is the Morning Show Filmed?