The Simpsons Movie 2: Everything We Know 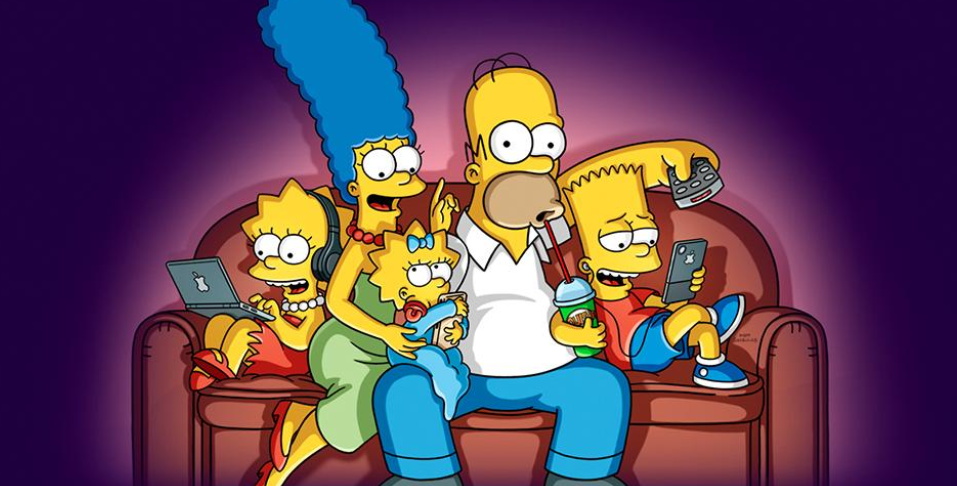 For all of us millennials who grew up in the 90s, there hasn’t been a world without ‘The Simpsons’. We have probably known the dysfunctional family of five for as long as we have known our own. That’s just how long the show’s been running. Matt Groening’s subversive animated sitcom about a working class man and his family is the longest running American sitcom in history. This December, ‘The Simpsons‘ completed its 30th year, with the family of five wreaking havoc in Springfield for 31 seasons now. And there is still more to come as the series nears its 700th episode.

Groening’s satirical sitcom became a cult favourite almost immediately after it first premiered on Fox in 1989. A decade later in 1999, Time magazine called it the best TV show of the 20th century. We’re 2 decades into the next century as ‘The Simpsons’ still retains its charm. The reasons are simple. The sitcom not only immortalized the working class family life with its humour and storylines, it also defined the pop culture of our times, and continues to do so. It has grown and moved with the times with both a sense of spoteinity and honesty that leaves the fans wanting more, always. From ‘2001: A Space Odyssey‘ to ‘Pokemon‘, to ‘How I Met Your Mother‘, and most recently, Netflix’s ‘Stranger Things’, ‘The Simpsons’ has it all with its references and tributes.

In 2007, finally, Homer Simpson and his family visited us on the big screen for the first time with ‘The Simpsons Movie’. The film was immensely successful and gained widespread acclaim both from critics as well as commercially, earning upto $527 million worldwide, along with a prestigious Annie Awards nomination for Best Animated Feature.

Ever since, fans have wondered and speculated if we will see Homer, Bart, Lisa, Marge and Maggie on the big screen again. The good news is that we will have a sequel to ‘The Simpsons Movie’! The not so good news though is that we don’t know when. But what we do know for sure is that its going to be worth the wait. If you disagree, well, eat my shorts! Here’s everything we know about ‘The Simpsons Movie 2’.

The Simpsons Movie 2 Plot: What Can It Be About? 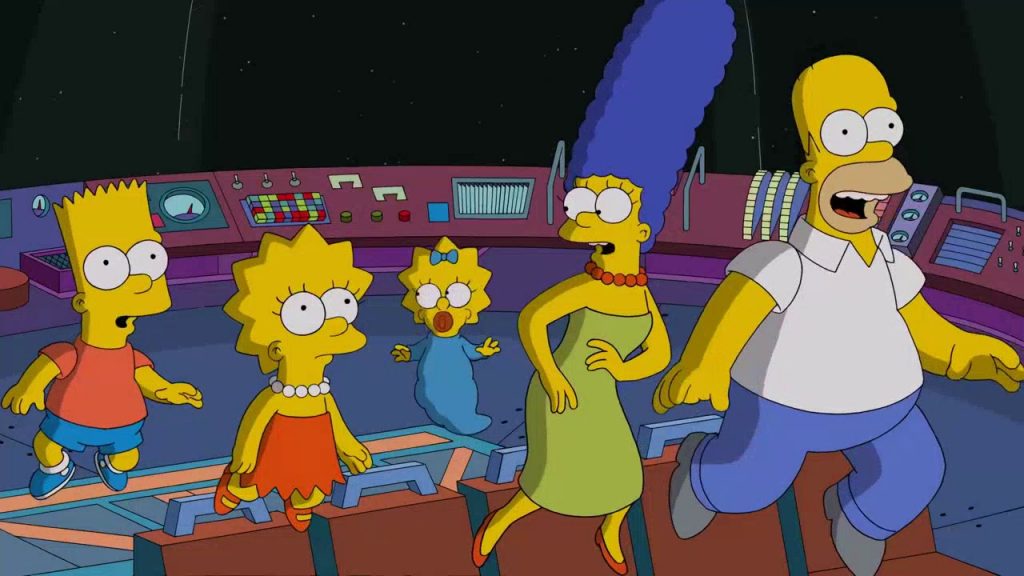 All of us remember the first film quite vividly, I think. The pollution in Springfield, the glass dome in which its trapped, and of course, the origin of spider-pig! We also had cameos by Green Day and Tom Hanks, and a bunch of fun pop-culture references, along with the typically brilliant humour of ‘The Simpsons’. Homer and Bart ultimately save the day on their motorcycle and get Springfield out of the dome. The film ends with the Simpsons watching the movie (meta, as always), with Maggie uttering her first words ever, “Sequel?”. If that doesn’t say something about getting the second part to ‘The Simpsons Movie’, I don’t know what does.

There has been no information at all on the plot to ‘The Simpsons Movie 2’. What we do know though is that it is probably not going to continue the narrative from the last film as that’s typical of ‘The Simpsons’. The sitcom never follows a consistent story arc, and the same can expected from the films. It’s ultimately the series’ unpredictability and its confidence in being over the top but honest, that makes it so delightful. Also, the plot of ‘The Simpsons Movie’ is so tight, that it wouldn’t make sense to continue in the next feature. What we can expect from the plot of the sequel though is an equally bonkers story surrounding the family of oddballs, and their yet another adventure in Springfield (and beyond).

If we were speculating and making predictions, we could maybe expect (or hope for) either Russ Cargill or Hank Scorpio to be the primary antagonist in the sequel. Scorpio, was in fact, the original choice for the villain, but he was ultimately changed because he is too well-liked. It would be really interesting to have him precisely for this reason, also because the fans have been eager to see him on the big screen.

It can also be noted that several episodes were considered for adaptation for ‘The Simpsons Movie’ since as early as 1990s. The same can be said for the sequel of the film. Back in December 2014, Al Jean mentioned how the episode, “The Man Who Came to be Dinner” from the 26th season was going to be adapted into a sequel to the film as it was “cinematic”. But it was eventually chucked, and the episode became a part of the sitcom instead.

The Simpsons Movie 2 Crew Who Can Be Behind It?

The sequel to ‘The Simpsons Movie’ has officially been confirmed. Sometime in 2018, the news broke out that Fox was beginning development on the sequel. The movie’s writer-producer Al Jean and director David Silverman mentioned that a follow-up was in fact a possibility and that it is in the “very earliest stages”.

The sitcom creator, Matt Groening also seems hopeful. He stated that it took them so long to make the sequel because “The first ‘Simpsons Movie’ almost killed us.”. Turns out, they did not have a B-team for the film, and so the same team who wrote, animated and voiced the TV show, also worked on the film, while simultaneously working on the series. Earlier in 2019, Groening also revealed at Comic Con that the sequel is definitely still a possibility after the merger with Disney:

“No doubt there will be another ‘Simpsons’ movie one of these days…I think Disney wants something for its money.”

But before the sequel to ‘The Simpsons Movie’, Disney will also be creating the film based on the Fox animated series ‘Bob’s Burgers‘. The much awaited ‘The Simpsons Movie 2’ can be expected sometime after that as it’s definitely in the cards, and will have Disney behind it. We can certainly also expect Matt Groening, Al Jean, and David Silverman to continue being the creative forces of ‘The Simpsons’, along with of course, James L. Brooks, Mike Scully and Richard Sakai.

The Simpsons Movie 2 Cast: Who Can Be In It? 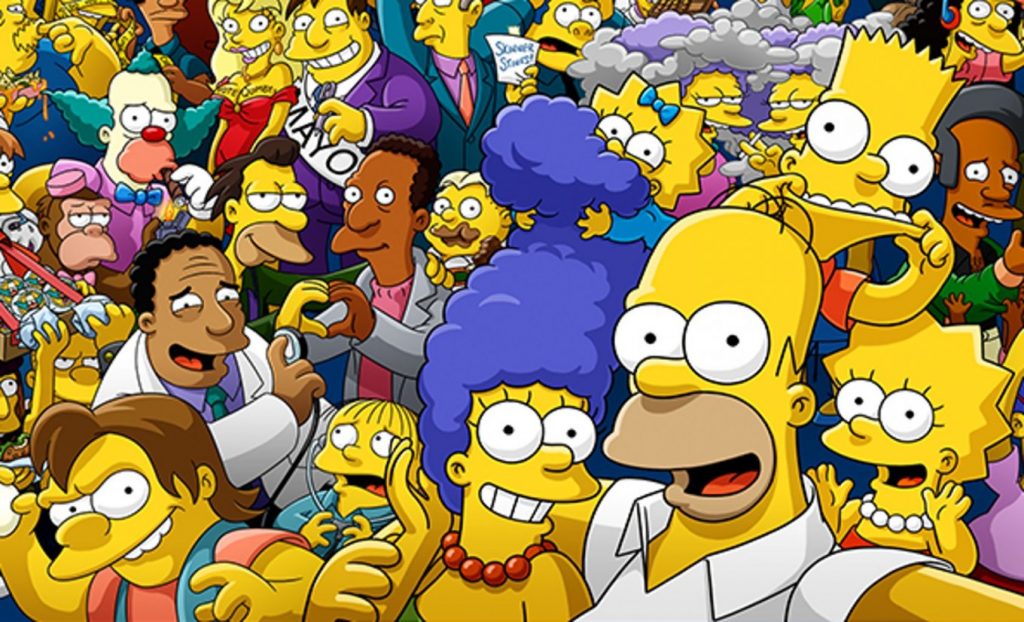 The first ‘Simpsons’ film stars the regular television cast, and the same can be expected from the sequel. ‘The Simpsons Movie 2’ will feature Dan Castellaneta, Julie Kavner, Nancy Cartwright, Yeardley Smith, Hank Azaria, Harry Shearer, Tress MacNeille, Pamela Hayden and Albert Brooks. The only exception from the first first film is Russi Taylor, most known for voicing Minnie Mouse, who passed away last year.

The Simpsons Movie 2 Release Date: When Can It Premiere?

Well, there’s no easy way to answer this. But as I mentioned earlier, we can definitely expect the sequel to be picked up and developed sometime after the ‘Bob’s Burgers’ film. Since ‘Bob’s Burgers’ releases in July 2020, we can expect Disney and Fox to work their magic on ‘The Simpsons Movie 2’ and hopefully release it sometime in 2022 or later.