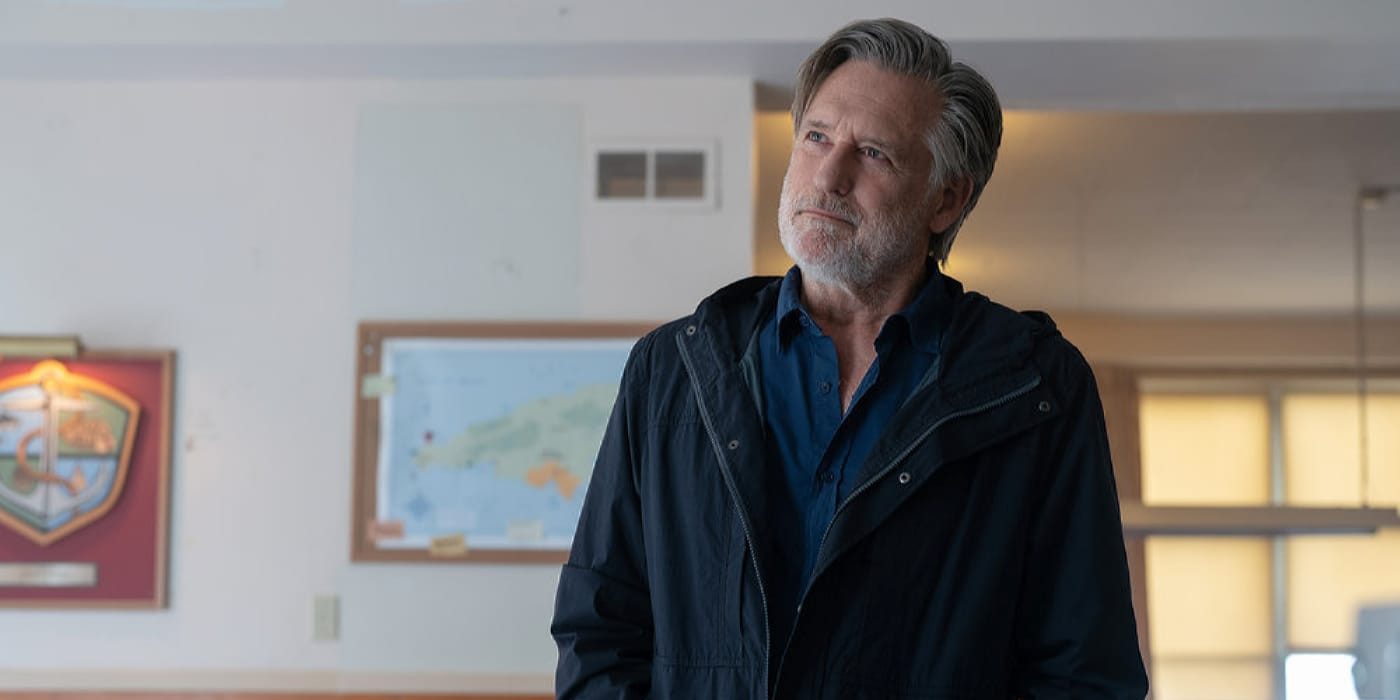 ‘The Sinner‘ season 4 premiere sees now-retired Detective Harry Ambrose moving to the fishing town of Hanover, Maine, for a vacation. However, he ends up getting caught in the mysterious disappearance of Percy Muldoon, a local girl who is heir to the Muldoon family’s fishing operation. In the second episode, Harry becomes an active part of the investigation and tries to piece together the events that occurred the night of Percy’s disappearance.

Despite getting some leads about Percy’s activities, Harry and viewers are left baffled by the secrets the town’s residents are holding. Adding to the confusion is Percy’s sudden obsession with the Lunar Goddess. We are sure, like Harry, viewers are also trying to make sense of some of the facts that come to light in the second episode. In that case, we can certainly help you with some insights about the events and ending of ‘The Sinner’ season 4 episode 2. SPOILERS AHEAD!

In episode 2, titled ‘Part II,’ the police continue to look for Percy’s body in the water. Raskin is unsure on which leads to follow. Raskin and Harry learn that CJ Lam’s fingerprints were found inside Percy’s car. The Lams formerly worked for the Muldoons but started their own fishing operation, becoming direct competitors to Meg and her family.

Harry and Raskin speak with CJ, who insists that he did not see Percy on the Saturday night that she disappeared. He claims that the fingerprints could be from a couple of months ago when Percy gave him a ride home. He also claims to have been at the restaurant on that particular Saturday.

After the duo leaves, CJ looks at pictures of Percy on his laptop. Harry talks to Diez, a man who runs a place for junkies, and learns that CJ was at his residence this past Saturday. Harry and Raskin then speak with Percy’s ex-boyfriend, Brandon. He tells the duo that CJ has shown aggressive tendencies in the past. With CJ’s alibi breached, he is arrested by Raskin. At the station, CJ reveals that Percy would often hook up with him and always showed up at his place high. The first time she came to him, she wanted to tell him something but did not reveal anything.

Before CJ can tell the whole story, his father arrives and takes CJ home as the police only have circumstantial evidence against CJ. The Muldoons learn of CJ’s involvement from Raskin and urge him to arrest CJ and get a confession. However, Raskin and Harry refuse to do so due to the lack of incriminating evidence. Later that night, someone attacks CJ. The following morning, the Lams call Raskin and Harry. They suspect that the Muldoons attacked CJ. CJ then agrees to reveal the entire length of his connection to Percy, albeit only to Harry.

The Sinner Season 4 Episode 2 Ending: What Was Percy Hiding From CJ?

Towards the episode’s end, CJ tells Harry that Percy got him hooked on drugs and wanted him to hurt her during sex. Roughly a year ago, Percy left the island and went to live on the mainland. She had only recently returned before disappearing. On the night that Percy went missing, CJ met her behind a local club. They had an argument, and in rage, CJ expressed wanting to hurt Percy. He tried to grab her, but she slipped and hurt her head.

Before leaving, Percy exclaimed that she wanted to explain everything to CJ, but “someone” wouldn’t allow her. It is unclear whom Percy is referring to, but it is likely the same person seen threatening her in the CCTV footage from the night. It is also never explained what Percy wanted to tell CJ but could have something to do with her obsession with the Lunar Goddess and her voodoo-like activities. One of the items Harry found in the woods originally belonged to CJ, hinting that whatever Percy was hiding was to protect CJ.

Did Meg See Percy Before Her Disappearance?

In the episode’s closing moments, Harry confronts Meg about her hiding that Percy left the island a year ago. The two get into a heated argument, and Meg claims that CJ is dangerous. She lets slip that she saw the cut on Percy’s head before storming off. However, according to Meg’s earlier statement, she last saw Percy on Saturday night after her shift at 5 pm. The injury to Percy’s head occurred much later that night.

Therefore, Meg has no way of knowing about the injury. Raskin insists that he didn’t tell Meg about it. This leaves only one possible explanation: Meg saw Percy again that night before the young girl went missing. The Muldoons are definitely hiding something and attempting to pin the blame for Percy’s disappearance on the Lams.