The Starling Review: A Misguided, Metaphor-Heavy Tale About Grief 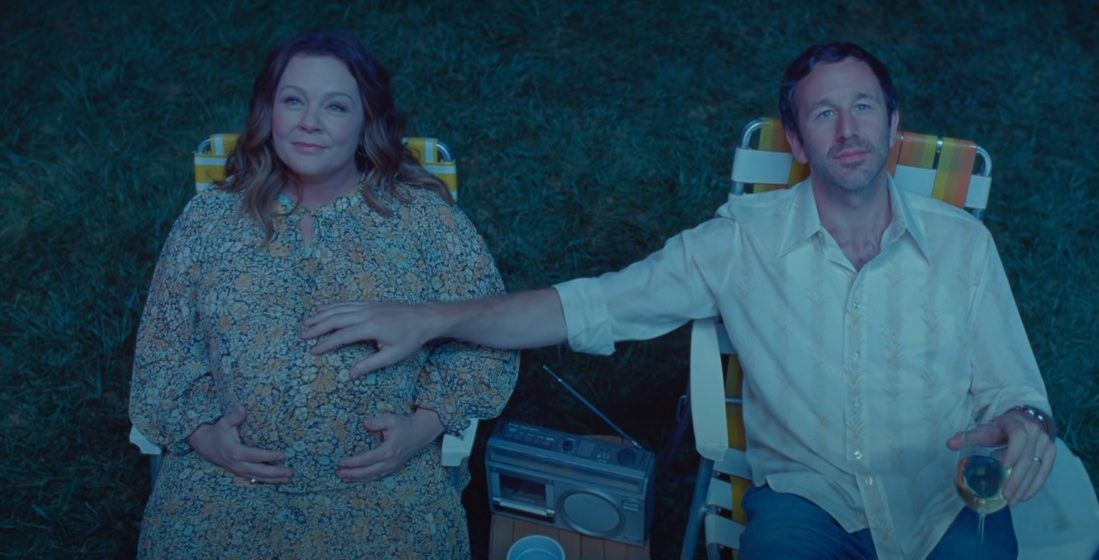 Unproduced screenplays are a thing in Hollywood. In fact, there is an entire body dedicated to those that don’t see the light of the day, until someone, somewhere decides to get a crack at it. This industry body known as the Black List has been responsible for some incredible films that have often been lauded with top honors. Films like Whiplash and Manchester by the Sea are two films that would have been in shreds if the Black List didn’t decide to produce them.

The Black List, however, is also responsible for some of the more cumbersome and ill-conceived ideas that feel great on-page but end up in absolute ruins when someone turns them over to saccharine doses often associated with mainstream films. The Starling definitely belongs to the second category. It is a film that feels excellent on paper. It even bags in on getting the casting right. But, everything else just feeds odd, misplaced, and a messy mixture of goodies that taste sour.

Playing like a sappy soap opera that hides its real emotions behind tired visual gags; often involving a CGI-bird for good measure, The Starling begins with our introduction to Lilly Maynard (Melissa McCarthy). She is a middle-aged woman who works as a clerk in a grocery store. After what feels like a prologue, we are clued into her existence that clearly has something missing. Soon enough we get to know that she isn’t doing good because she lost her daughter. Her husband Jack (Chris O’Dowd), on the other hand, is much worse. So much so that he had to be checked into a psychiatric facility after he tried to kill himself.

The initial setup sees Lily trying her best to hold everything together. She does her job well, in spite of a douchy boss (played by Timothy Olyphant), and drives all the way back and forth to the facility to meet her husband every Tuesday without fail. Her offbeat country home has a beautiful front porch and a now deserted garden.

Failing to manage her relationship with her husband who is slowly descending further into depression, Lily decides to get rid of her daughter’s things in order to move on from the sadness that resides a few inches away from her. This creates a rift between Jack and Lily and to simply comfort herself, she decides to take the advice of her husband’s counselor and get therapy of her own. Basically, her inability to completely grieve her loss is holding her back, but since she wants to do this on her own terms, she decides to visit the suggested therapist named Larry (Kevin Kline). To her surprise, he is now a vet who decides to take her under her wing nonetheless.

To add to this, she decides to revamp her garden and grow something that will keep her sane. However, a feisty little bird isn’t letting her do it. Whenever she is trying to move ahead and make a fresh start, the attacks from this bird bring her down, quite literally (it’s a metaphor, geddit?). Will Lilly manage to make things right in her life? Will she be able to start afresh and rejuvenate the relationship with her husband? These are things that The Starling looks into.

Directed by Theodore Melfi (Hidden Figures fame), The Starling is a surprisingly inept and manipulative film. While the above setting would definitely dive into some of the more wise rebuttals that life throws your way when tragedy hits, Melfi somehow uses the tragedy not as an investigation of the process of grieving, but as a process of self-growth for its characters.

While there isn’t anything innately wrong with that, the film feels completely out of place. Especially when it leaves the tragedy and trauma as side commodities or a mere plot device. In a film that wants to understand how two people deal with the loss of their child, the loss itself is just hinted at in passing. We never truly see what happened to the child; sidelining the audiences into a messy, ill-conceived, and mortifying look at grief.

There are some really wise moments here and there but Melfi’s choice of clearly lighting up the heavy moments with pathetic gags and uplifting country songs just feels like a misstep. Being the director’s second collaboration with Melissa McCarthy (the first was the indie hit “St. Vincent”) The Starling made me believe that this could be a sure-shot winner. However, McCarthy (who is probably the best part of the film) is so unsure with the material at her hand that both her dramatic swings and her comedic moments are undermined by a screenplay that doesn’t know what way to go.

Unlike the CGI-bird that serves as a metaphor here, The Starling is unsure of its own commitments. While it has good intentions, one simply can’t look beyond how it gets to the point of starting fresh. It feels odd when the film tries to find the easy way out of the mess it gets itself into. Making me believe that the shredder would have been a better option for this rejected screenplay in the first place.