The Woman in the House Across the Street from the Girl in the Window Ending, Explained: Who is the Killer? 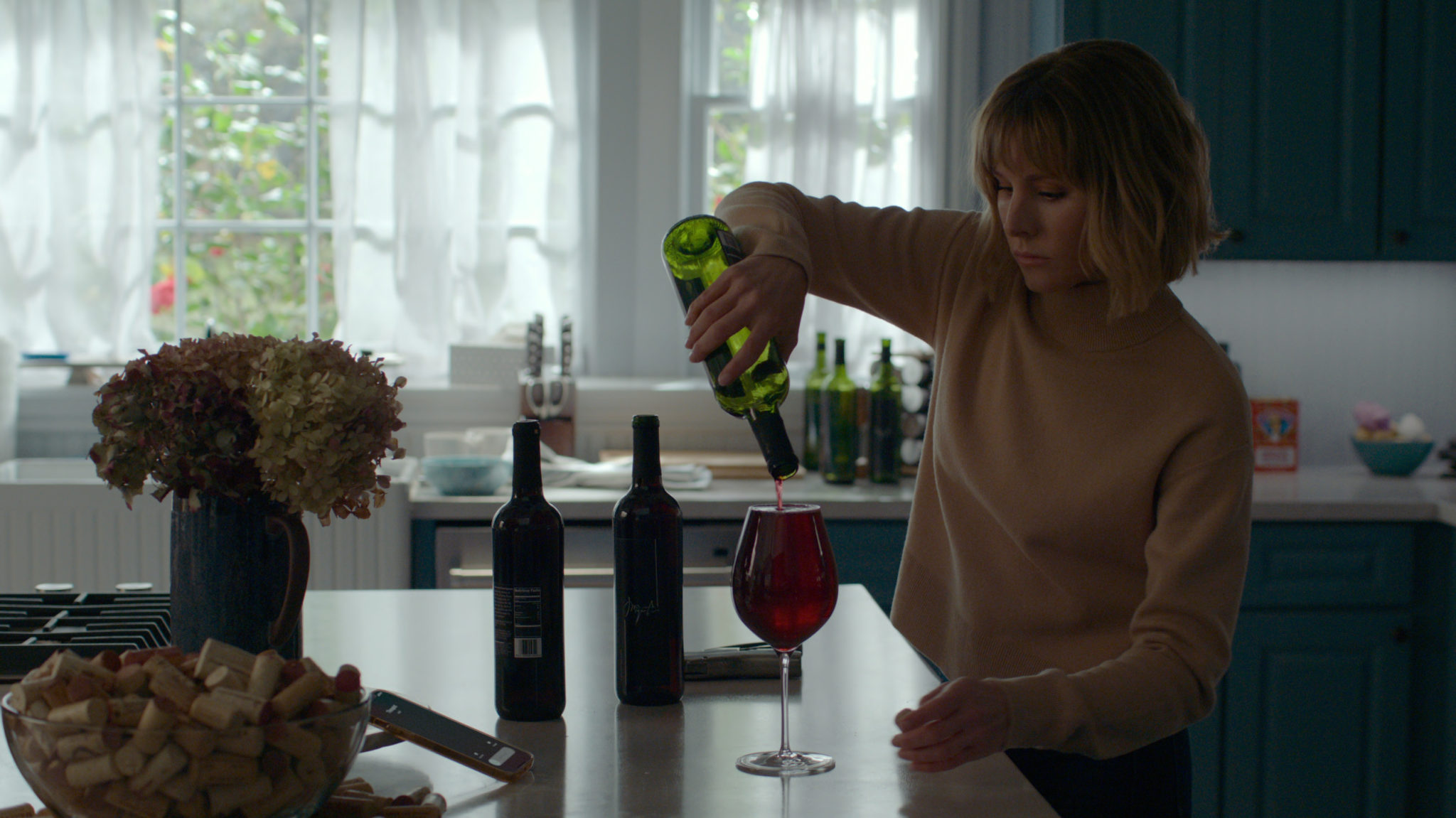 Anna Whitaker (Kristen Bell) lives alone in her large house in a suburban neighborhood. She spends her days drinking wine, taking pills (often doing them simultaneously), and staring out her windows. The wine bottle corks have overflown the bowl they are kept in, and it seems that Anna has no intention to get rid of them. If that’s not enough, Anna also has a condition called Ombrophobia. However, living with depression and addiction wasn’t always her reality. She was happy once.

Anna had a family that included a husband, Douglas (Michael Ealy) and a daughter, Elizabeth (Appy Pratt). Douglas is a forensic psychiatrist with the FBI specializing in serial killers. For the Take Your Daughter to Work Day, Douglas let Elizabeth come with him as he went to meet a man that had killed and eaten 30 people. While Douglas was distracted because of a conversation with the warden, Elizabeth got caught in a room with the cannibal, who did to her what he did to his every other victim. This reveal happens in episode 2, firmly establishing what kind of a show it is.

Anna’s marriage subsequently fell apart. She used to be a talented artist whose work was in high demand. However, since the tragedy, she hasn’t painted anything. Drugs and alcohol are never a good combination. Anna often has vivid hallucinations about the life that was taken from her. Things take a turn for the better when a handsome widower named Neil Coleman (Tom Riley) and his daughter Emma (Samsara Yett) move into the house across the street.

However, Anna’s hope for a happier life is soon dashed when it is revealed that Neil has a girlfriend, Lisa (Shelley Hennig), who is supposed to be a flight attendant. After finding out that Emma likes to sketch, Anna had given her a set of markers earlier. One day, she returns home from visiting her daughter’s grave to find Lisa throwing out the markers. The two women get into a passive-aggressive feud before going their separate ways. That evening, after she sits down once again by the window with a wine glass filled to the brim, Anna witnesses what she believes to be Lisa’s death.

A panicking Anna calls the police. But when they get there, she is told that Lisa isn’t dead but has left for work. On the advice of her best friend Sloane (Mary Holland) — who has always stuck by Anna when others left — she decides to drop the matter altogether and try to move on with her life. Predictably, it isn’t long before she finds out some troubling information. Emma tells Anna that her father has anger issues, which prompts Anna to conclude that Neil is the killer.

The Woman in the House Across the Street from the Girl in the Window Ending: Is Lisa/Chastity Dead? Who Killed Her?

Yes, Lisa is dead. After realizing Neil might have killed Lisa, Anna dawns a proverbial fedora and starts looking into the death of Neil’s wife — Meredith. The official report says that she drowned. About a week after Meredith’s death, a teacher from Emma’s school fell to her death from the top of a lighthouse. Anna has yet another of her hallucinations, in which she sees Neil killing the teacher after the latter discovers that he killed Meredith.

At present, it is revealed that Lisa was a con woman whose real name was Chastity. Neil was supposed to be one of her targets. According to her partner Rex, Chastity targeted older and vulnerable men. They would pretend to be siblings with Rex using a wheelchair. After they got the money, they vanished overnight and found their next target. Although Rex breaks into her home and threatens her and her dead child, Anna ends up having sex with him. The following morning, Rex is arrested for Chastity’s murder. However, he is soon let go when the police discover that he has an air-tight alibi.

The police subsequently arrest Anna after they find the murder weapon, a palette knife, at her home. She gets out of jail on bail and later learns that their handyman, Buell (Cameron Britton), is a murderer who killed his family with a hammer. However, it is revealed in the season 1 finale that even Buell isn’t the real killer. The murderer here is none other than Emma. She is deeply psychotic. She caused her mother’s death while Meredith was pregnant with a second child because she didn’t want to share parental attention. Emma also killed her teacher and Chastity.

In the season finale, Anna walks into the house across the street to find Emma has killed Neil, apparently for his terrible performance as a ventriloquist, and Buell is critically wounded. Although Emma is several years younger, she proves to be a formidable opponent for Anna. However, the elder woman eventually triumphs, killing the young girl with a broken piece of a utensil.

Is the Woman with Anna on the Plane Real? Is She Really Dead?

Yes, the woman with Anna on the plane (the terrific Glenn Close) is real. The closing sequence is set a year after that bloody night. Anna is depicted traveling to New York to see Sloane. She and Douglas have reconciled and now have another child together. After she boards the plane, Anna orders a glass of vodka and takes several pills with it. She then starts reading another of those thriller books written by women for women. Despite the ordeal she has gone through, Anna still abuses drugs and alcohol.

During the flight, Anna goes to the lavatory and discovers that the mysterious woman from the seat beside her is inside, seemingly dead. However, by the time Anna gets a flight attendant to come with her, the woman’s body has miraculously vanished. The flight attendant dismisses it as an alcohol-induced hallucination as Anna had been drinking. But then, Anna finds a cigarette case from the woman’s seat, proving that the woman does exist.

The woman from Seat A2 is probably dead. Given the inherent ridiculousness of the narrative, it’s entirely possible that the flight crew killed her. Anna was never supposed to find the body. When she did, they tried to convince her that it was a hallucination.