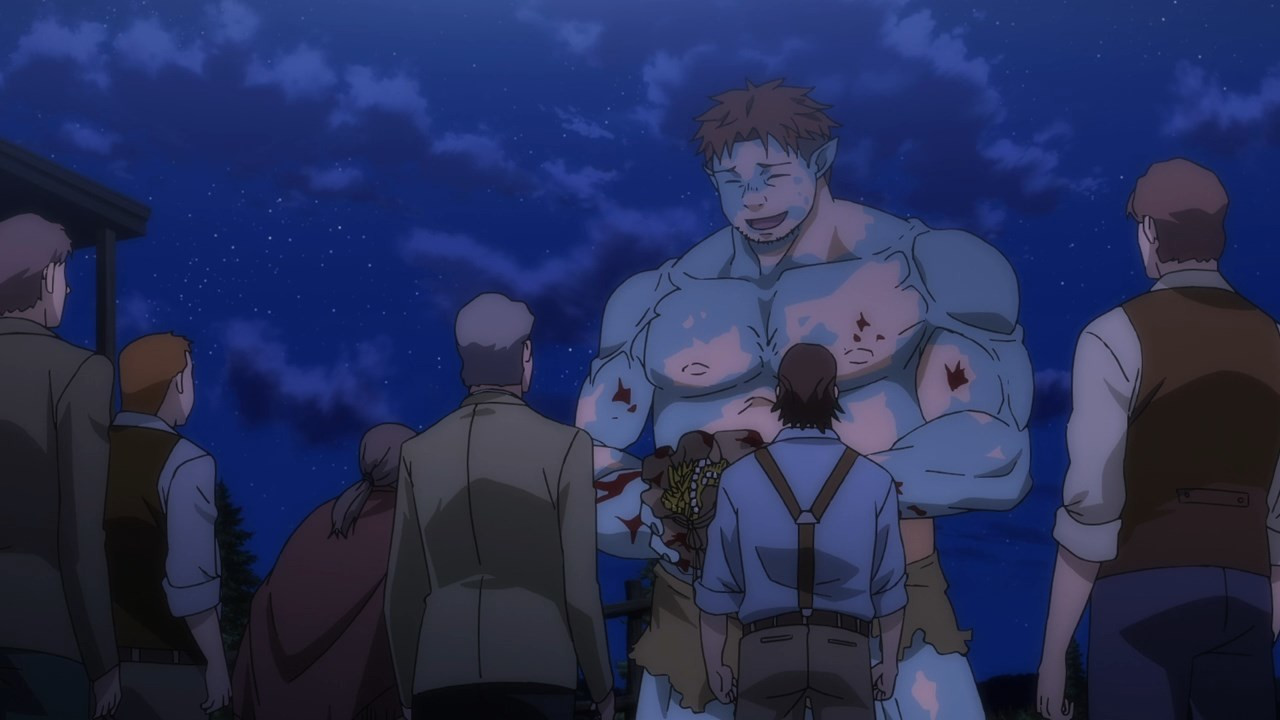 On the surface, ‘To the Abandoned Sacred Beasts’ might seem like a commonplace action show that is all about a dark war and its aftermath. However, there is a lot more to it. Despite having a short runtime of just 12 episodes, it has a fairly decent pace. Even the story, for the most part of it, is quite interesting and keeps you engaged as a viewer. The biggest pitfall of the show is its characters who seem bland with no significant personality traits. As a viewer, you often feel disconnected with them and are unable to empathize with their tragic stories.

Coming from MAPPA Studio, which is known for producing anime like ‘Kakegurui‘ and ‘Yuri!!! On Ice‘, the animation is certainly on point, especially during the battle scenes. Overall, ‘To the Abandoned Sacred Beasts’ is clearly no masterpiece and could have been a lot better than it is. But even then, if you enjoy action anime shows that have some good production values, you should give this one a shot. Even if the character development is something that disappoints you, it’s the quality fight scenes that will make you stay.

To the Abandoned Sacred Beasts Season 2 Release Date: When will it premiere?

‘To the Abandoned Sacred Beasts’ Season 1 premiered on July 1, 2019 and came to end on September 16, 2019. The anime has been adapted from a manga series that goes by the same name and so far, close to 10 volumes of it have been published with more than 50 chapters in total. So for obvious reasons, the first season of the anime will not be able to adapt the entire manga and, sooner or later, the creators will have to renew it.

Also, it seems like the manga still has a long way to go and is gradually gaining a lot of popularity. If this continues, the author will not give up on it any time soon and we might even get a season 3 later. So in the end, it will all come down to how well the anime is accepted by most viewers. As of now, it’s a bit too soon to confirm anything but the odds are certainly in its favor. Optimistically speaking, ‘To the Abandoned Sacred Beasts’ Season 2 can come out sometime in July, 2020. Till then, you should check out other shows on our list of the greatest war anime.

An official English dub of ‘To the Abandoned Sacred Beasts’ has not been released yet, but you can still stream the anime on Crunchyroll with original Japanese audio and English subtitles.

To the Abandoned Sacred Beasts Plot:

The continent of Patria has been a very peaceful democracy since the past 100 years but this peace is threatened when, after the discovery of a very powerful energy source called Somniun, an internal war for the possession of the ore is sparked. Soon, the nation gets split between the industry dominated by the northern section and the mining towns of the South. A gruesome civil war is initiated between the two but the North is easily able to dominate the southern population.

Despite being outnumbered, the Northern army possesses supernatural soldiers who can transform themselves into giant mythical beasts known as ‘The Incarnates”.  These monsters are so strong that they can easily take on at least 10 soldiers of the opposing army with ease. After years of battling, the war finally comes to an end and the two sides of the continent establish a peace treaty. The Northern side also agrees that it will destroy all those beastly creatures now. But instead, one of their own officers betrays them and disappears into the other side of the border with the remaining supernatural soldiers. Hank is another one of those Incarnates who is now on a hunt to look for the rest of his kind and he is accompanied by a young lady named Schaal who holds a deep grudge against him.

To the Abandoned Sacred Beasts Characters:

Nancy Schaal Bancroft is the main protagonist of the series who is the daughter of John William Bancroft. She has peach-colored skin and big round blue eyes. She has violet hair and sports a gothic lolita dress. She is a kind young lady who treats everyone with a lot of respect. She is extremely strong on the inside and ensures the safety of all those who are close to her. She is brave and once she steps on the battlefield, she stays there until its completely over.

She also shows a lot of confidence in her skills but might hesitate when it comes to battling opponents who are not exactly her enemies. When it comes to the Incarnates, she has mixed opinions about them as she has seen them harming other humans for no reason but at the same time, knowing that her own father was an Incarnate, she realizes that the creatures are capable of being kind. This is the reason why she often shows compassion towards them and instead of getting into a battle with them, she tries to understand their motives.

Hank is known as the Werewolf Incarnate who becomes the Captain of the soldier Incarnate Unit during the Civil War. After the war, he sets out on a quest to kill all of his allies who failed to live up to their promise. He is a tall man with a lean build. He has long scruffy dark-colored hair and thick eyebrows with slanting eyes. He has a very laid back attitude and even after being shot by Nancy, he does not show any hostility towards her. But despite being so relaxed about everything, he believes in keeping his word and also has a very strong sense of justice. He does not think twice before destroying his enemies when he knows for sure that they have wronged him some way.

Read More in Anime Preview: Isekai Cheat Magician | Do You Like Your Mom?