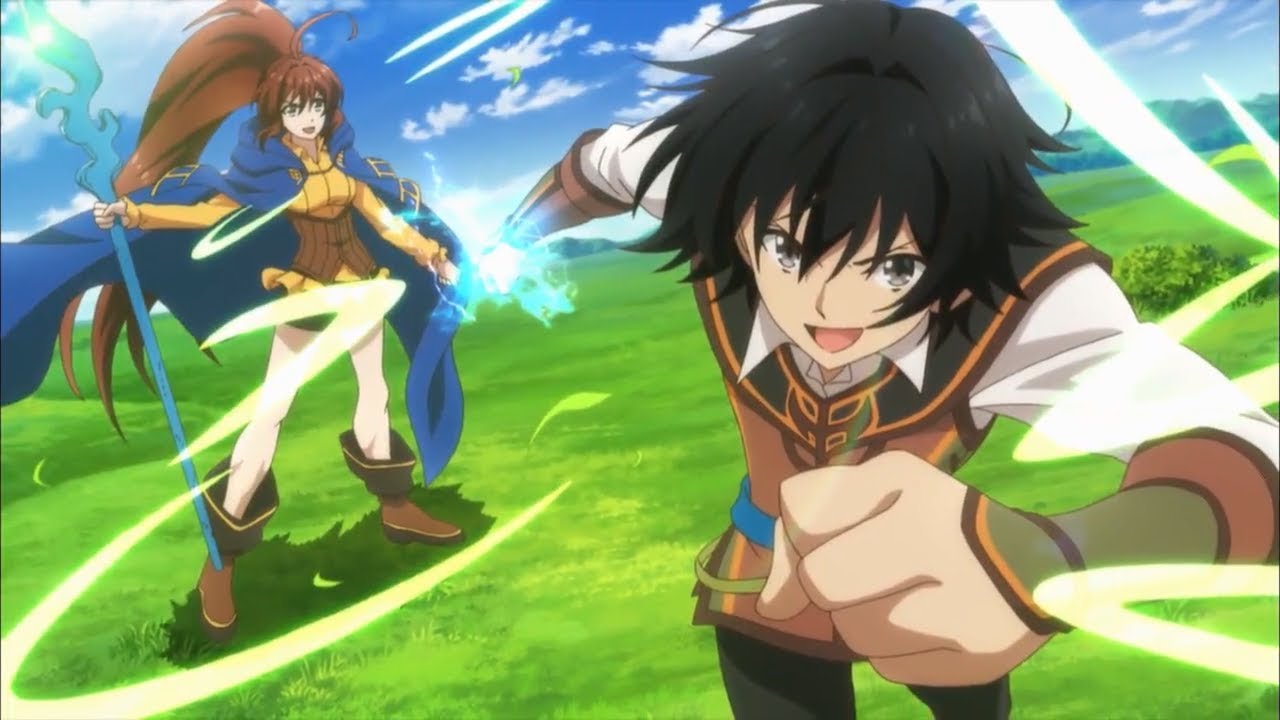 Looking at the current anime trends, there isn’t much you can expect from a lot of shows, especially the ones that belong to the Isekai genre. There was once a time when some of the finest anime shows, like ‘Sword Art Online‘ and ‘Overlord‘, belonged to the Isekai genre and they very well succeeded because they had something new to offer. But most modern Isekai anime bring in stale ideas to the table that can only be enjoyed by those who are still die-hard fans of the genre. ‘Isekai Cheat Magician’ is another one of those Isekai that does not offer anything special but undeniably, it is the perfect time killer. Pretty much everything about it is cliched and every plot point is predictable. Even the characters perfectly fit into the classic archetypes of the genre and though their overall development is commendable, nothing about them is exceptional.

Coming from MYTH&ROID, known for creating some of the greatest anime soundtracks such as “Paradisus-Paradoxum” from ‘Re:Zero‘ and “VORACITY” from ‘Overlord III‘, the opening theme of the anime is probably the best thing about it. And though I would not call it the composer’s best work, it is still quite pleasant and warm. Overall, ‘Isekai Cheat Magician’ is just another bog-standard addition to the growing list of Isekai shows and you’ll only enjoy it if you’re a fan of the whole repetitive setup. The biggest problem with the anime is that it gets stuck with its season one and does not go out of its way to explore new ground. Hopefully, it will be able to reach its full potential in the next season. Speaking of which, to know more about the possibilities of its renewal, check out the next section.

Isekai Cheat Magician Season 2 Release Date: When will it premiere?

‘Isekai Cheat Magician’ Season 1 premiered on June 10, 2019 and with a total of 12 episodes, came to an end on September 25, 2019. Now if you’ve already seen the show you’re probably wondering if it will have a new season or not. There has been no confirmations from the Studio’s end yet, but based on our own speculations, we do believe that it has a good chance of returning for a season 2. The anime has been adapted from a light novel series that only has 6 volumes to date. Though it should not be challenging for the creators to adapt 6 volumes in a 12-episode season, the 6th volume was just recently published, so for obvious reasons, it will not be a part of season 1. As a result, there remains at least one volume of the light novel which can later be used for its renewal.

The anime has been doing fairly well and is quite popular among viewers. So at the end of the day, it will all come down to the BD/DVD sales of the anime. Till then, it’s hard to determine if the anime will be renewed for a new season or not. Even if the creators do plan on renewing it, we cannot expect anything till July, 2020. And since the Light Novel author only publishes two volumes every year, the creators of the anime will have to wait at least till 2021 to have enough content for a whole new single cour season. So as soon as we get any official confirmation regarding ‘Isekai Cheat Magician’ Season 2, we will update it here in this section. In the meantime, do check out our list of other great Isekai anime.

There are no official English Dubs of ‘Isekai Cheat Magician’ yet, but you can still stream it on Crunchyroll with its original Japanese audio and English subtitles.

Taichi and Rin are two regular high school students who have the most ordinary lives. But one day, all of this changes when a blinding beam of light magically transports them to a world full of epic sword fights and death-defying magical battles. But soon, they are attacked by a huge monster and are forced to look for a safer spot where they can discover more about this world. After being told about the guild, they set out on an adventure to look for it. Upon finding the guild, the two of them are able to possess unbelievably powerful magic which makes them the strongest living creatures in this new world. But are the two regular high school students ready to handle the responsibility of being the strongest magical cheats?

Rin Azuma is the female protagonist of the show who aspires to become a great adventurer like Taichi. But she often fails to match her words with her action and tends to goof up when it comes down to actually doing things. After being summoned into the magical world, she is gifted with several powers that include the four major magical elements—fire, wind, earth and water.

When it comes to her appearance, she has long brown hair with bangs on the sides that hang loose on her cheeks. She has big blue eyes and a cute looking face. She wears brown shorts along with a yellowish shirt and sports a long blue colored Cape. She is Taichi’s childhood friend and always walks to school with him. Her key abilities involve fire magic which allows her to throw fireballs and arrows. The wind magic involves the power of thunder, swords of lightning god, air hammer, dust whirlwind, and many other cool power-moves that she can use during battles. Compared to her other abilities, her Earth magic is not too strong and only involves the stone bullet move.

Taichi Nishimura is the main protagonist of the anime who gets transported to a fantasy world along with his best friend Rin Azuma. Unlike her, he is an expert adventurer and has a natural instinct that allows him to solve all the problems that come in their way. For his age, he is slightly short and has a lean build. He has jet black hair and dark greyish eyes. Compared to Run, his outfit is pretty simply — he wears a white shirt and black trousers along with a brown sleeveless jacket. He is also gifted with an immense amount of magic after he is summoned and he is also able to use these new abilities more responsibly.

Some of his key powers include Enhancement magic, wind magic and the Osmosis blast. He also possesses a Dagger which later becomes his default weapon. Taichi slowly becomes extremely powerful and overpowers all the others. But he never lets his ego get in the way and always uses his powers for helping others. His magic value is 120,000 and his magic power is 40,000, which is a lot more than most other characters of the anime.

Myura is an elf who becomes Remia’s apprentice. She is incredibly good looking and because of this, she is usually referred to as “the golden swordsman”. She has long blond hair with deep blue eyes and she wears an outfit that has shades of both green and black. Unlike Remia and Taichi, she is a preeminent magician who has absolutely mastered fire and earth magic. Even her sword fighting skills are really advanced and she has the authority to take on A-rank missions. Her fire magic involves several moves such as fireball, Red Lotus and scorching heat slash. Her magic value is 30,500 and her magic power is 3,800.

Remiya is a top tier magician who is commonly referred to as the magician of fallen leaves. She’s known all over the world as one of the best magicians. In the present events of the anime, she lives in the outskirts of the frontier town, Azpire. She’s quite attractive and has a very curvy figure. She wears an entirely black outfit that matches the dark color of her hair and like Rin, she also wears a long black cape.

When it comes to her personality, she is usually quite cheerful but makes sure that she’s always pushing Rin and Taichi so that they reach their full potential. Her main magical abilities include the power of fire, wind and water, and she can easily take on A-ranked missions. Her magical value is 43,000 and her magical power is 6,000.