Who is Turtle on The Masked Singer? 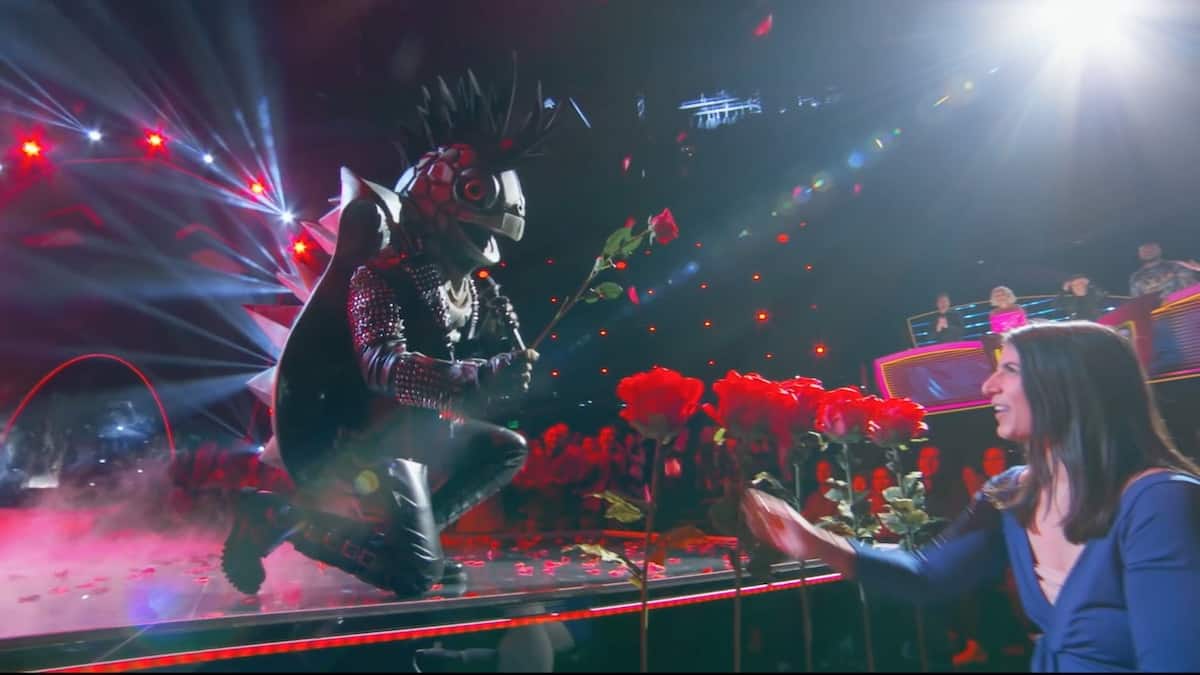 As things stand now, Turtle has the best chance of winning ‘The Masked Singer‘ Season 3. The performer has amazed us throughout, and fans are rooting for him to take home the Golden Mask from the Fox show. Combining stellar vocals with a significant stage presence, and a fresh punk aesthetic, Turtle, has shown us his range in different stages of the competition. Naturally, you might be curious to find out who’s wearing the outfit as we head towards the end of the contest. We have got you covered with the latest clues and guesses.

Turtle starts his clue package, saying he feels like a superhero in his outfit. The competition gives him some much needed time to work on himself and become stronger. We see the Turtle working away under the hood of his car with a red wrench. A strong visual clue is a wanted poster, with a reward put out for $1,999. He mentions that a great sense of duty comes with his newfound strength. Around this time, we get to see Turtle’s take on the bat signal.

He says that he wants to play to his strengths, moving forward, beyond just winning. We see a green mop and a wedding topper. The performer says that we have all had hard times in our lives and have our demons. Although it might sound corny, Turtle believes that music can help one through the darkest of times and heal us. We see poker chips at this point, and they’re red, blue, and green. Turtle says he’s got America’s back and hopes people love his performance. As an additional clue, Turtle brings out a zombie in a blue plaid shirt. Check out the package below.

So far, we have guessed that Jesse McCartney is wearing the Turtle outfit, and the latest clues serve to validate our deduction. Since there are quite a few things to cover, let us start from the top. The poster with ‘Wanted’ and ‘$1,999’ on it refers to Jesse’s perfume line for women, called Wanted. The hint towards ‘$1,999’ actually tells us the year Jesse joined Dream Street. Notably, Turtle has also dropped previous clues hinting at Jesse’s former band.

The green mop and wedding topper has us a little confused. If taken together, it could well refer to a mop-top, which is a popular hairstyle Jesse is known to have sported. However, just the mopper could refer to the hairstyle, while the wedding topper could hint at his engagement to Katie Peterson in September 2019.

There are various references to comic books, the most notable of which is the appropriated Bat-signal. In ‘Young Justice,’ Jesse lends his voice to Dick Grayson or Nightwing. If you know your comics, Nightwing is firstly Batman’s protege, who starts as Robin, and later Grayson goes on to wear the mantle of Batman in the DC comics. Thus, Turtle’s reference to the Bat-signal is an oddly specific hint to his role. Another clue that has bamboozled us is the poker chips. We don’t see any direct link to poker and Jesse. However, the color of the chips are red, green, and blue, which could refer to ‘Alvin and the Chipmunks.’

Jesse has been part of the franchise for a long time, and the chipmunks wear tops of these colors (chips-chipmunks, get it?). The final clue is a dead giveaway, and the panelists hover on the edge of guessing it as well. The zombie in the plaid shirt is a reference to Jesse’s role in ‘Fear the Walking Dead.’ He appears in Season 2 Episode 5, and if you simply search for it on the web, you’ll see that Jesse’s outfit on the show is strikingly similar to the clothes the zombie wears in Turtle’s clues. You can check out a tweet below, where a fan is sure that Turtle is Jesse.

Me screaming at the TV every time the Turtle is on the masked singer that it’s Jesse McCartney pic.twitter.com/cTNyVMtCyl