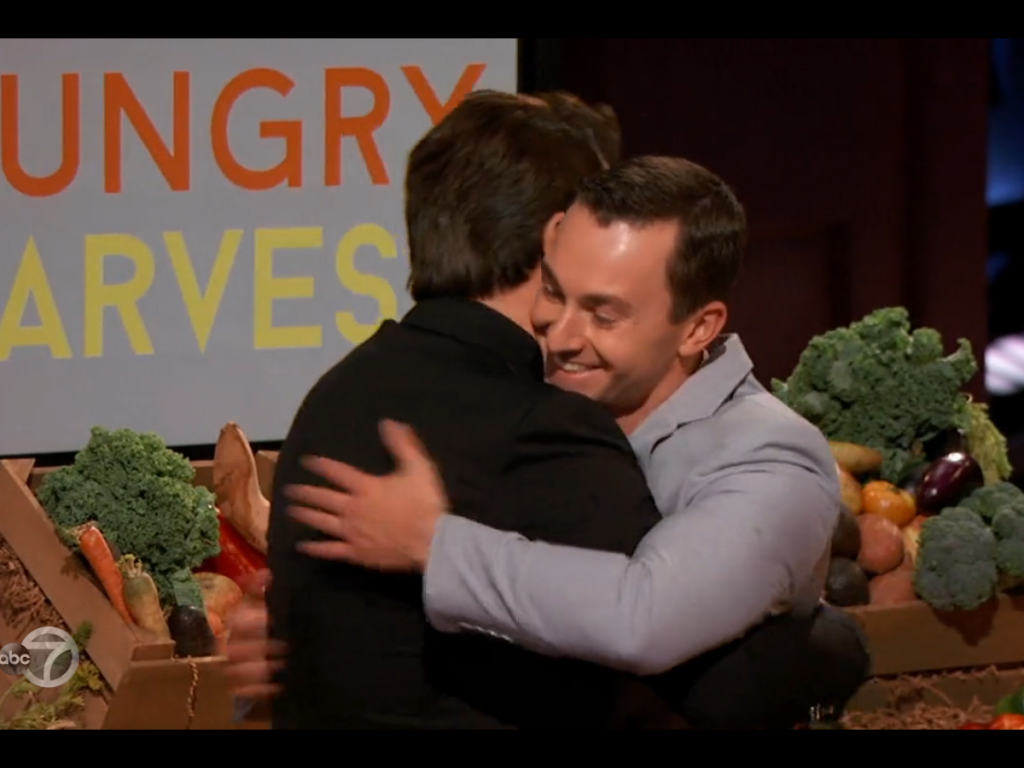 ‘Shark Tank’ is a boon to the fledgling entrepreneurs who wish to make it big in life and possess the determination but are in dire need of adequate funding to achieve the end. The expert panel of this unique business reality TV series comprises magnates like Robert Herjavec, Kevin O’Leary, Daymond John, to name a few. The show offers a platform wherein the offers of the small-scale entrepreneurs pitch their business ideas to the Sharks.

If the investors are intrigued by the offers, they end up buying a few percent shares of their company in exchange for a whopping amount of capital. Much like these business tycoons, the story of Hungry Harvest’s almost-failure and its eventual rise to success is inspiring, to say the least. We got curious to learn about the new heights it has reached in the recent past, and here is everything we found out!

Hungry Harvest: Who Are They and What Do They Do?

Evan Lutz, the CEO and founder of Hungry Harvest, was a diligent student at the University of Maryland when in 2014, he came across two thought-provoking facts. One, approximately 40% of perfectly edible and nutritious food ended up in landfills, and two, 20% of Americans dreaded food insecurity. He vowed to eradicate both and thus turned into a social entrepreneur. Initiating from his dorm basement, Lutz began selling unattractive fruits and vegetables to the first 30 customers (15 of which were free trials) at affordable prices. 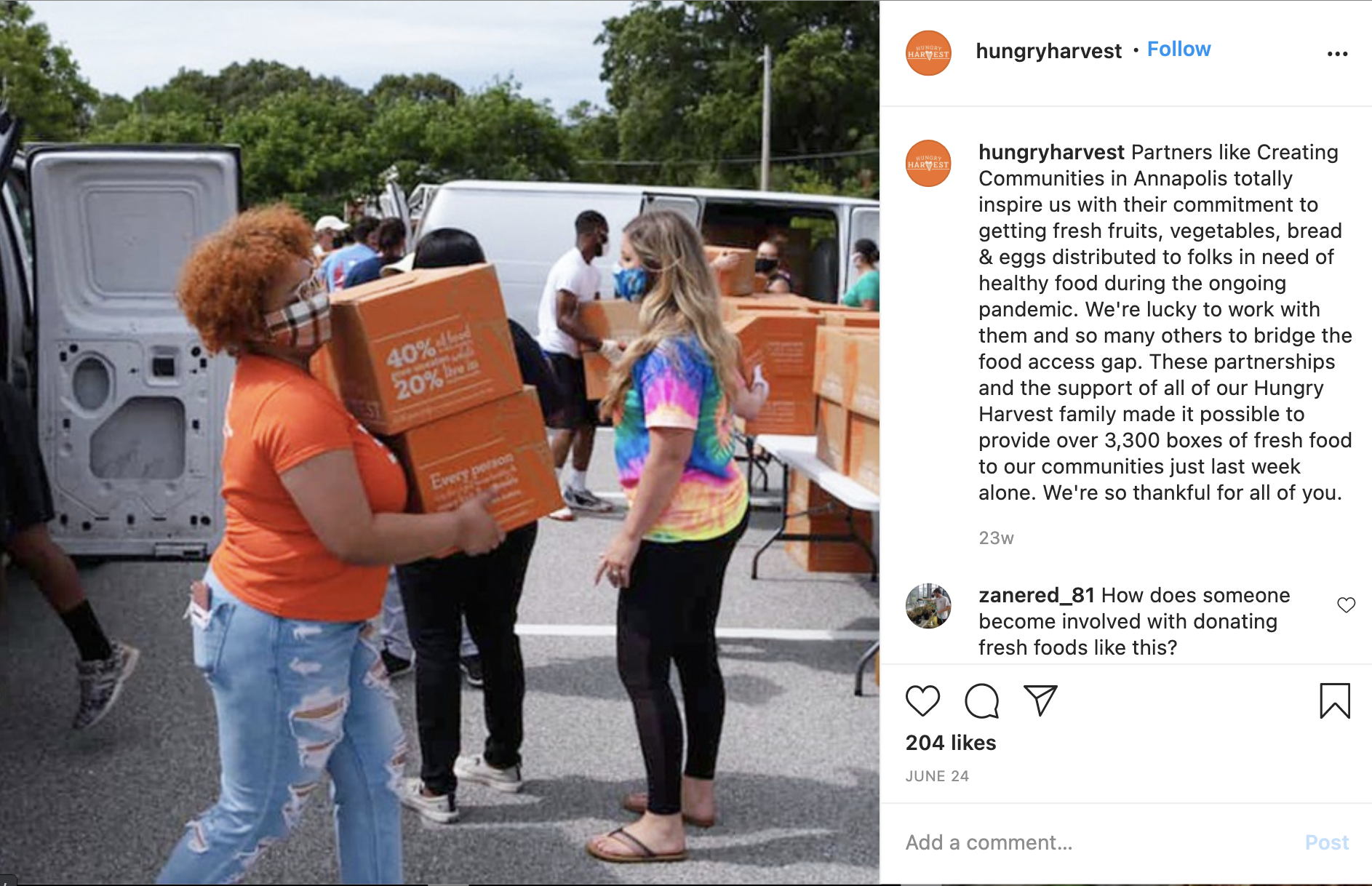 He reminisces the starting days to be excruciatingly laborious, often entailing 18 hours of pure hard work each day. It also required the founder and his team to roam around in sweltering DC summer, pleading people to take the “free trials.” Not everyone was kind enough to accept the offer as many slammed the door shut in their faces and several investors ridiculed the concept altogether. Each time Lutz got reminded of the 20 billion pounds of good food being dumped and 50 million people starving in the US, it motivated him to hammer away. 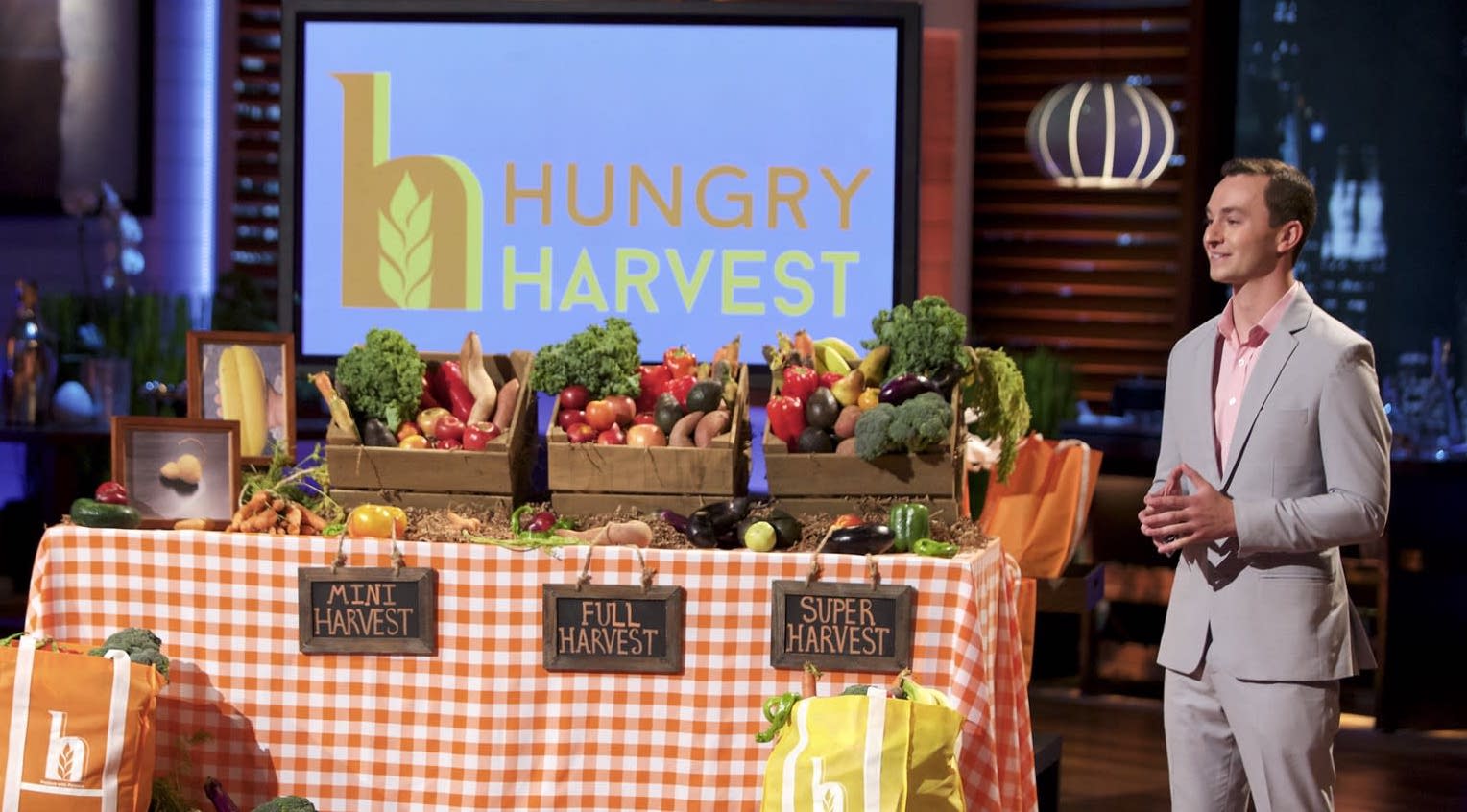 On a fateful day, June 17, 2015, he pitched the same idea to the investors-cum-judges on ‘Shark Tank.’ Robert Herjavec made the exceptional deal of $100K for a 10% share in Hungry Harvest. From selling five-pound bags to students, faculty, and staff to the number of end-users growing exponentially: it truly makes for an inspirational tale. In addition to achieving considerable profits, the company strives to reduce food waste and fight hunger in the United States.

Hungry Harvest: Where Are They Now?

With the application of a business idea so novel and righteous, Hungry Harvest is sure to flourish. This section is dedicated to understanding the sizeable growth of the profit-generating business and its profound positive impact on the world. The fast-growing brand has achieved a donation and subsidization of over 1.6 million pounds of food to battle the rampant food insecurity amongst Americans.

Love our hunger-solving partners!  So happy to provide @porchnc with 285 boxes of fresh, healthy produce to distribute to families in Chapel Hill, NC. Since the start of the pandemic we’ve provided over 65K emergency food boxes across our markets and we’re just getting started 🧡 pic.twitter.com/6GSc0bqcUr

The young founder, Evan Lutz, has already featured in Forbes 30 under 30 in the social entrepreneurship category, Baltimore’s 40 under 40, and won the prestigious Montgomery County Emerging Business of the Year Award. As of today, Hungry Harvest is a team of 65, spread across nine states with its headquarter office in City Garage, Baltimore. The company actively caters to local communities’ needs as everyone on the planet is affected by the novel coronavirus.

This undoubtedly helps serve the greater cause and is also generating considerable profits. Hungry Harvest continues the no-contact delivery of all kinds of veggies and fruits (including organic ones) without ever bumping up the prices. Updated statistics tell us that successfully 20 million pounds of food has been rescued from being cruelly dumped as it found a market in this company.

👋 Richmond! We’re super excited to kick off our first round of deliveries in RVA this weekend. We can’t wait to bring our farm fresh, food waste & hunger fighting, fruits & veggies to your doorstep. Happy Harvesting! 🥕🥦🧡#richmond #rva #producedelivery #onamission pic.twitter.com/POK5qnVdP1

In order to expand its business reach, Hungry Harvest recently closed the first stage of capital investment, led by CREADEV, and received funding of $13.7 million in September 2020, in addition to $7.25 million closed in March. The so-called “ugly” produce is currently being delivered in Maryland, Washington, DC, Philadelphia, Southern New Jersey, Northern Delaware, Northern Virginia, South Florida, The Triangle area and Charlotte, North Carolina, and the Detroit Metro Region in Michigan.