Was Nate Molested by His Father (Cal Jacobs) in Euphoria? 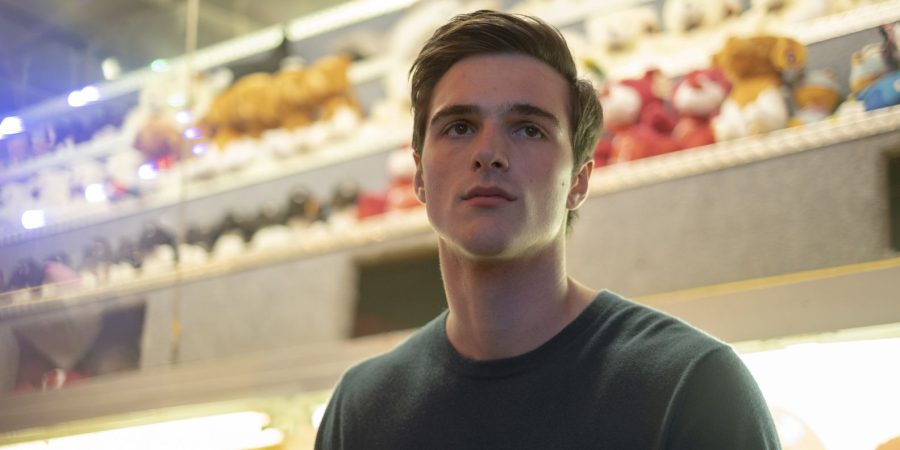 ‘Euphoria‘ deals with numerous sensitive subjects such as self-identity, drug addiction, trauma, love, relationships, etc., through the eyes of a wide array of intriguing characters. Two of the show’s most flawed characters are the father and son, Cal and Nate Jacobs. As the narrative progresses, viewers get an acute sense of the duo’s complex relationship and Nate’s resentment towards his father.

However, the penultimate episode of the show’s second season seems to be adding a new angle to the duo’s dark and strained bond by hinting that Nate was molested by his father at a young age. Let’s dig into the matter and deduce whether the claim has any merit to it or not! SPOILERS AHEAD!

Was Nate Molested by His Father?

Nate Jacobs is one of the most disliked characters in ‘Euphoria.’ The level of disdain fans hold for Nate is rivaled only by that for his father, Cal Jacobs (Eric Dane). As it turns out, both the characters have tragic backstories. Although they do not justify their actions, they allow viewers to sympathize with Nate and Cal. In the first season, viewers learn that Cal is a closeted bisexual man who likes to secretly hook up with underage girls, boys, and men. He also records his sexual encounters and stores them on discs stashed away in a drawer of his study room.

In season 2, we find out that Cal’s issues with his sexuality result from being forced to start a family without resolving his feelings for his best friend, Derek. Nonetheless, Cal’s actions have left a dark mark on Nate, and the father and son do not get along. In the seventh episode of season 2, Nate has a vision of his father preparing to have sex with a girl, only to find himself in the girl’s place. Nate wakes up from the dream with anxiety, implying that being the subject of his father’s sexual desires scares Nate. As twisted and demented as the idea is, it points to a far darker childhood trauma for Nate that viewers previously realized. Some viewers have interpreted the scene as a hint of Cal abusing and molesting Nate as a child.

In the first season, viewers learn that Cal abuses Nate physically and verbally. Cal projects his dream of being a star football player on Nate, due to which Nate develops anger issues. After a bad performance, viewers see Cal beating and humiliating Nate. Cal’s words trigger Nate, who harms himself by repeatedly hitting his head on the floor. Initially, the scene seemed to imply that Nate resents his father for mistreating him. Nate’s dream sequence ad a new layer to his fears and resentment. However, the series has yet to confirm whether Cal sexually molested Nate.

While the signs are there, the lack of solid evidence suggests that Cal did not molest Nate. The same is evident in the fourth episode of season 2, when Cal has a breakdown and humiliates his family. He expresses surprise over Nate’s state of mind and erratic behavior. However, if Cal had raped or molested Nate at a young age, he should have felt some remorse for Nate’s condition. After all, Cal does contemplate the impact of his sexuality on his children. Therefore, we do not believe that Cal molested Nate. Instead, Nate’s dream could be an implication of his and his father’s complex struggle with their respective sexualities.