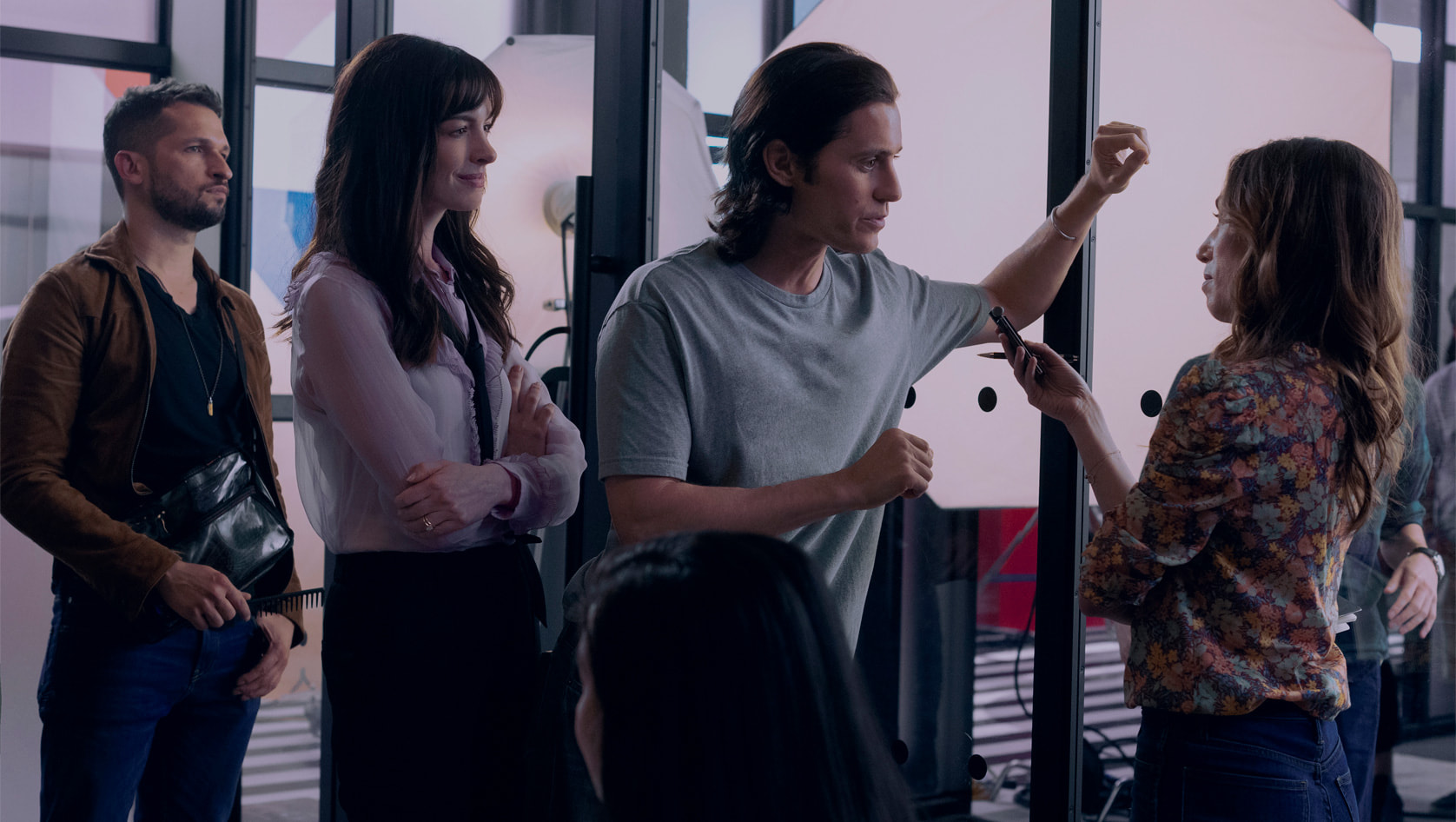 ‘WeCrashed‘ follows the rise and dramatic fall of workspace sharing company WeWork, and episode 4 gives us some significant clues about why the company eventually plummets. Four years on from the events of episode 3, co-founder and CEO Adam Neumann is flying high on his company’s stellar valuation. The fact that WeWork is losing more than a million dollars a day doesn’t seem to bother him in the least.

Meanwhile, Rebekah finds herself increasingly sidelined by the company and her husband’s hectic schedule, not realizing just how stressful things are getting. The only ray of hope is SoftBank CEO Masayoshi Son and his deep pockets. But does the Korean-Japanese investor bail the company out? Things are beginning to get rocky for the company and the show’s central couple, so let’s take a closer look at ‘WeCrashed’ episode 4 and see where things end up. SPOILERS AHEAD.

The episode opens in 2016 with Adam Neumann posing for the cover story of Bloomberg magazine (while Rebekah is politely asked by the photographer to move out of the frame). At this point, the company is losing about $1.2 million a day, but the CEO remains unfazed, claiming that all big companies lose money in order to succeed. Bruce, a sympathetic partner at Benchmark, initially tries to assuage his colleague Cameron Lautner’s fears but is soon unable to justify Adam’s extravagant burn rate. 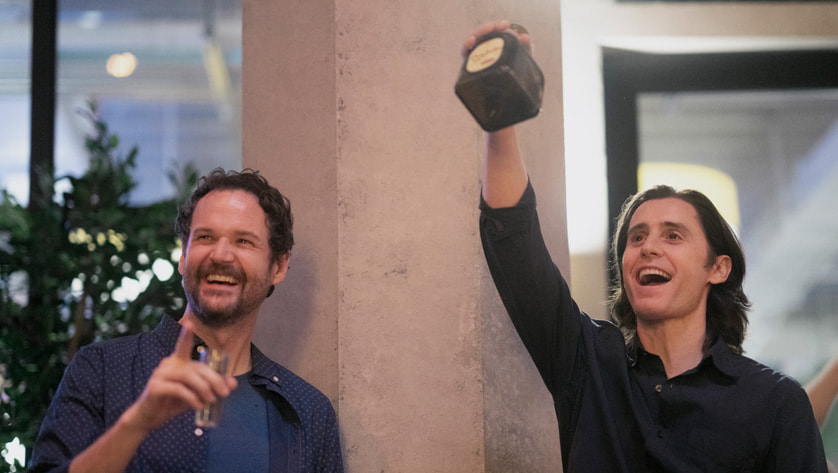 In addition to the exotic food being flown over from various countries for business meetings, the episode also details how, in a bid to acquire properties, Adam pushes his team to offer astronomical rents and unsustainable lease terms. As losses shoot to almost $2 million a day and funds begin to dwindle, Benchmark refuses to participate in any more funding rounds. In desperation, Adam flies to a start-up conference in India after learning that the founder and CEO of SoftBank, Masayoshi Son, is attending the event.

Known for his extravagant investments in tech, Son is impressed by Adam’s presentation (oblivious of the fact that the speech has been tailored to pique the investor’s interest). Sure enough, a visit to the WeWork “Galactic Headquarters” is promised, and Adam eagerly awaits the arrival of one of the few people with pockets deep enough to salvage the company. In the meantime, he also lays off a significant chunk of the workforce to cut costs.

Meanwhile, Rebekah, who is increasingly sidelined, befriends an entrepreneur named Elishia Kennedy, who runs a popular juice brand. Upon meeting her, Adam abruptly asks her to join, and Elishia, initially taken aback, eventually agrees. However, this seems to fracture her friendship with Rebekah, leaving Mrs. Neumann all the more lonely. 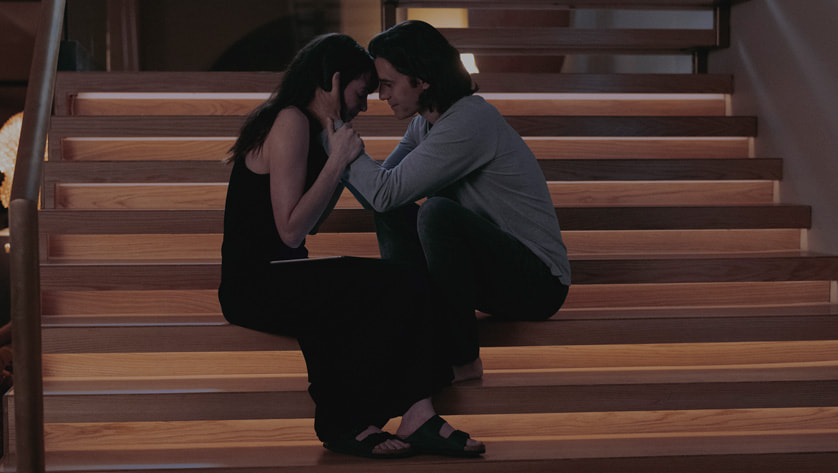 Finally, Son visits the WeWork head office, which Adam has curated to look more lively than usual (by giving employees an impromptu handout of a hundred shares each). The company’s financials don’t seem to interest the investor much, and he is more enamored by Adam’s eclectic approach (and over-the-top hyperbole about his company). After he meets with the investor, the WeWork co-founder arrives home to find his wife in tears. However, he seems to have some good news and, telling her about the meeting, quickly scribbles a number on his tablet, which changes Rebekah’s mood.

And so, it looks like Adam’s courting of the SoftBank investor works, and Masayoshi Son does invest in WeWork. The former is particularly lucky that Son holds little regard for financials because the company seems to be losing about $2.4 million a day at the time of their meeting. However, it looks like the connection between Son and Adam goes a lot deeper, taking us back to the presentation at the Start-Up India conference. 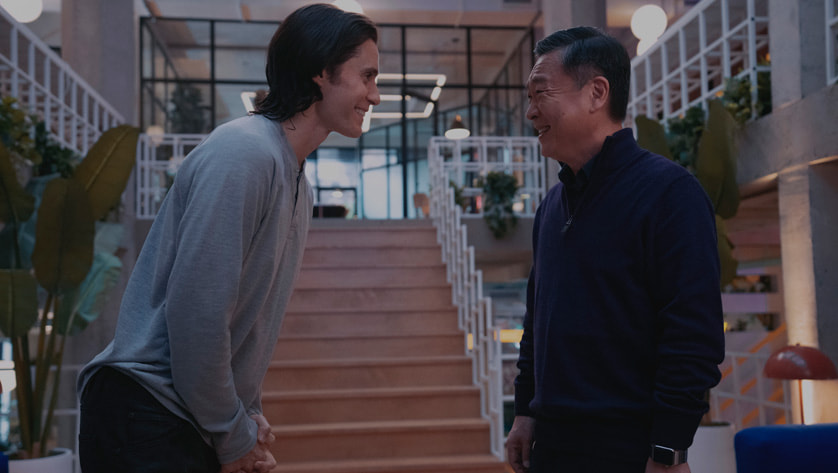 After reading up on Son on the way to the conference, Adam realizes that the Korean-Japanese investor was bullied as a kid as a result of his heritage. Consequently, Adam talks about his own troubled childhood and being bullied at school during his presentation, forming a connection with the Son that seemingly surpasses business plans and financials. Combined with his eclectic way of running things, Adam charms Son and gets WeWork a hefty investment of $4.4 billion from SoftBank, a figure he scrawls on his tablet and shows Rebekah at the end of the episode.

The unsuspecting entrepreneur Elishia Kennedy is similarly charmed by Rebekah, who leads the former to believe that she and Adam live an idealistic life. Upon meeting Adam, Elishia is slightly taken aback by his forward approach when he asks her to join WeWork. She politely reminds him that she works at her own (highly successful but significantly smaller) company. However, it is clear that she is intrigued and, on the way out, asks Rebekah whether Adam is “for real.” 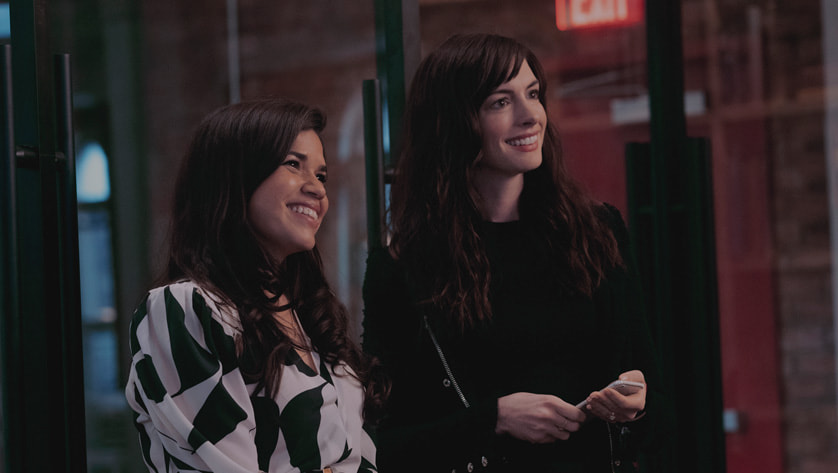 The wife puts on her usual idealistic facade and confirms that Adam isn’t a phony and that she believes in him. As a result, it appears that Elishia agrees to join WeWork, as Adam gleefully announces at dinner. He claims to have made her Chief Brand Officer even as Rebekah appears distinctly saddened by the fact that her alleged friend did not tell her first about such a significant move. However, his wife’s glumness is lost on Adam, leading to what looks like the first of many arguments.

Read More: Is WeCrashed Based on a True Story?