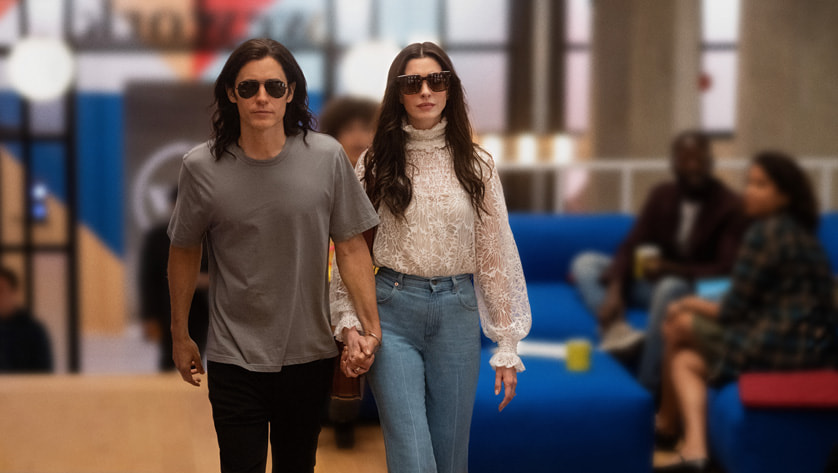 ‘WeCrashed’ follows the intriguing and often audacious story of serial entrepreneur Adam Neumann (Jared Leto), who hits upon the idea of shared workspaces and subsequently builds a company called WeWork. The story follows the young company’s meteoric rise and its CEO’s eventual ousting for a variety of factors. Interestingly, one of the central plotlines of the Apple TV+ series is also the romance between Adam and his girlfriend-turned-wife, Rebekah (Anne Hathaway).

A lot goes down in the opening episodes of the series, which sees the larger-than-life CEO essentially told that he’s fired. Simultaneous flashbacks also detail how WeWork and the relationship between Adam and Rebekah started. The journey ahead is going to be a bumpy one, so let’s make sure we’ve picked up all the details from ‘WeCrashed’ episodes 1, 2, and 3. SPOILERS AHEAD.

Episode 1 opens in September 2019, with Adam, summoned to an emergency board meeting at the WeWork headquarters in New York. The CEO, still asleep, languidly rises in his opulent apartment, and after what appears to be a morning ritual toke off a bong offered by a maid, he finally gets into his chauffeur-driven car. His companion and wife, Rebekah, bolsters our hero’s confidence, calling him a “supernova.” 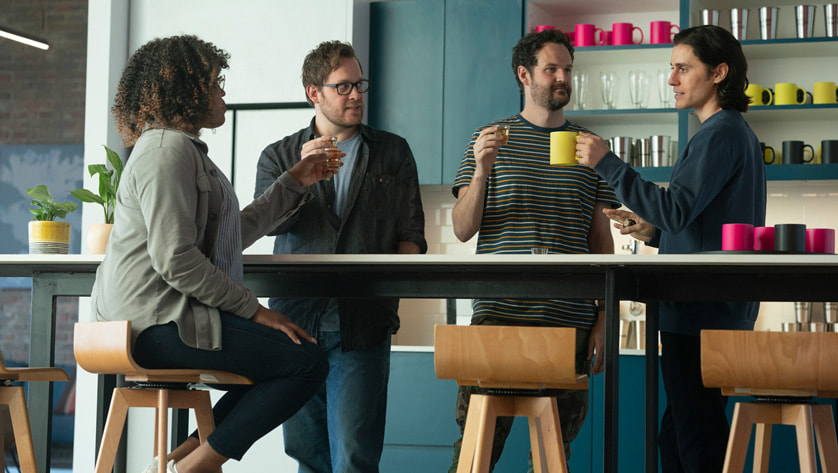 However, upon reaching office, things get real bad real fast as Adam is shown a scathing Wall Street Journal article about him that seems to be doing the rounds. Soon after, despite delivering a confident speech, Adam is informed by the board that he is being removed as CEO of WeWork.

Through flashbacks that take us back twelve years, we see a younger Adam trying to make it big with various gimmicky business propositions like baby clothing with kneepads and collapsible heels for womens’ shoes. He also pitches a co-living idea at a business competition at his college but is literally laughed out of the room. Finally, a classmate named Miguel McKelvey offers Adam some space in a building that the latter can work out of. Soon after, Adam meets Rebekah, a yoga trainer, and the two become romantically involved.

With Rebekah’s words of encouragement, Adam finally hits upon the idea of shared workspaces. He uses the million-dollar cheque from her father (a wedding present to the couple) to set up the first location and soon begins aggressively expanding to multiple locations. Miguel, who also comes on board as a partner, is initially aghast by the risky deals made by Adam but plays along. By episode 3, WeWork has gone from a bootstrapping startup to a highly successful young company.

Episode 3 opens with a company summer camp held at Rebekah’s family estate. The Neumanns arrive by helicopter, and Adam addresses a wildly enthusiastic sea of employees, claiming their company now holds 1.5 million square feet of workspace and has ten thousand members. However, a subsequent comment to the crowd by Rebekah becomes construed as sexist, and the wife soon faces serious pushback on social media and from WeWork’s female employees. 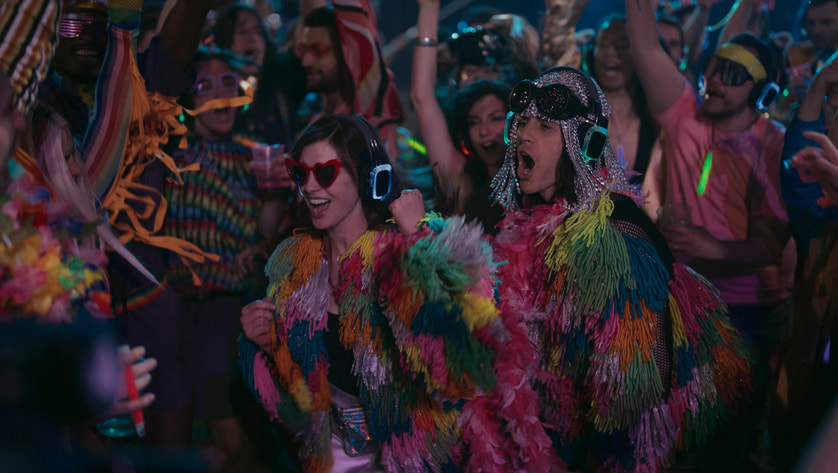 It then starts to become clear that the company actually has a toxic environment that seemingly promotes drinking and employee relationships. As Rebekah deals with the fallout from her comments, a New York Times reporter present at the event threatens to publicize everything he has seen at the summer camp, which doesn’t present a good look. To further add to her woes, Rebekah’s father arrives at the estate and delivers some bad news to his daughter, bringing up traumatic old memories in her mind.

As episode 3 closes, a stoic Rebekah takes matters into her own hands and has a confidential chat with the reporter even as the wild WeWork summer camp winds down, leaving her family estate trashed. Episode 3 focuses extensively on Rebekah, delving into her past where she is seen sitting in court as a young girl, watching a judge pass a sentence on her father, who is found guilty of fraud. It is revealed that her father, under the guise of a cancer charity, defrauded thousands of people, and, ironically, his own son and Rebekah’s brother, Keith, died of cancer a few years later. 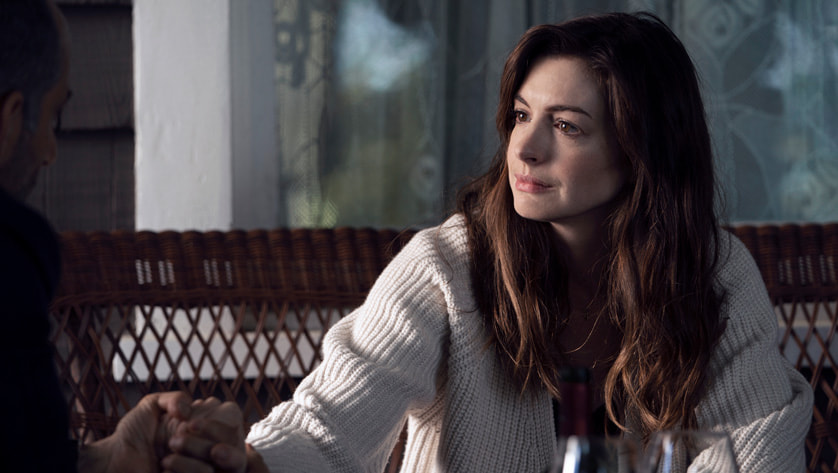 It seems like Rebekah’s father has once again landed in legal trouble, and though he doesn’t go into details, he does tell his concerned daughter that he might be held in custody for six months to a year. The crime he is being arrested for is also not divulged, but with him mentioning his “last supper” and sharing an expensive bottle of wine with his daughter (which seemingly turns out to be fake), it appears that Rebekah’s father is going to prison after all.

What Happens to the New York Times Reporter? Why is Vanesa Fired?

In order to dissuade the New York Times reporter from printing a scathing story about the company’s summer retreat and her own now-infamous comments, Rebekah offers the journalist a job at WeWork. In a brief scene where another company executive outlines the terms of the deal to the reporter, it is revealed that the latter is getting a salary as well as some pretty lucrative stock options for joining the team and consequently not publicizing what he saw at the summer retreat. 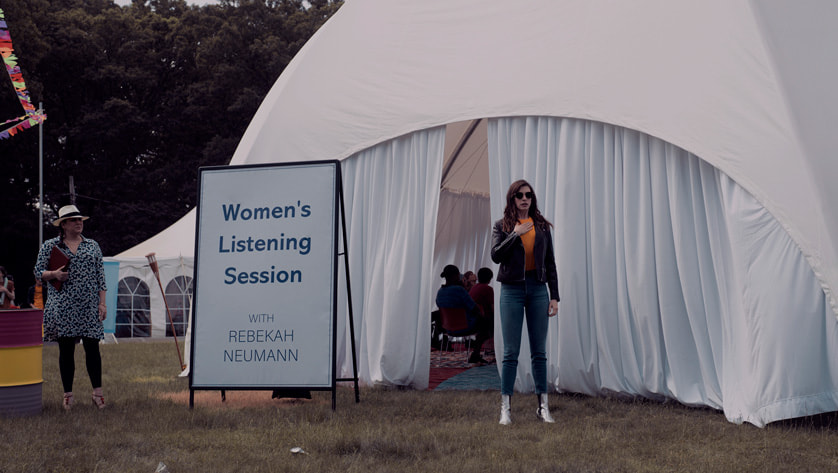 Vanesa, the head of communications, is subsequently fired because of her inability to silence the journalist or stop Rebekah’s comments from being publicized on social media. Considering Rebekah and Adam are largely responsible for the chaos being generated, it is hardly the communications professional’s fault for being unable to handle the multiple explosive situations. Nevertheless, Vanesa is unceremoniously fired, and from the looks of it, the recently recruited New York Times reporter is given her job.