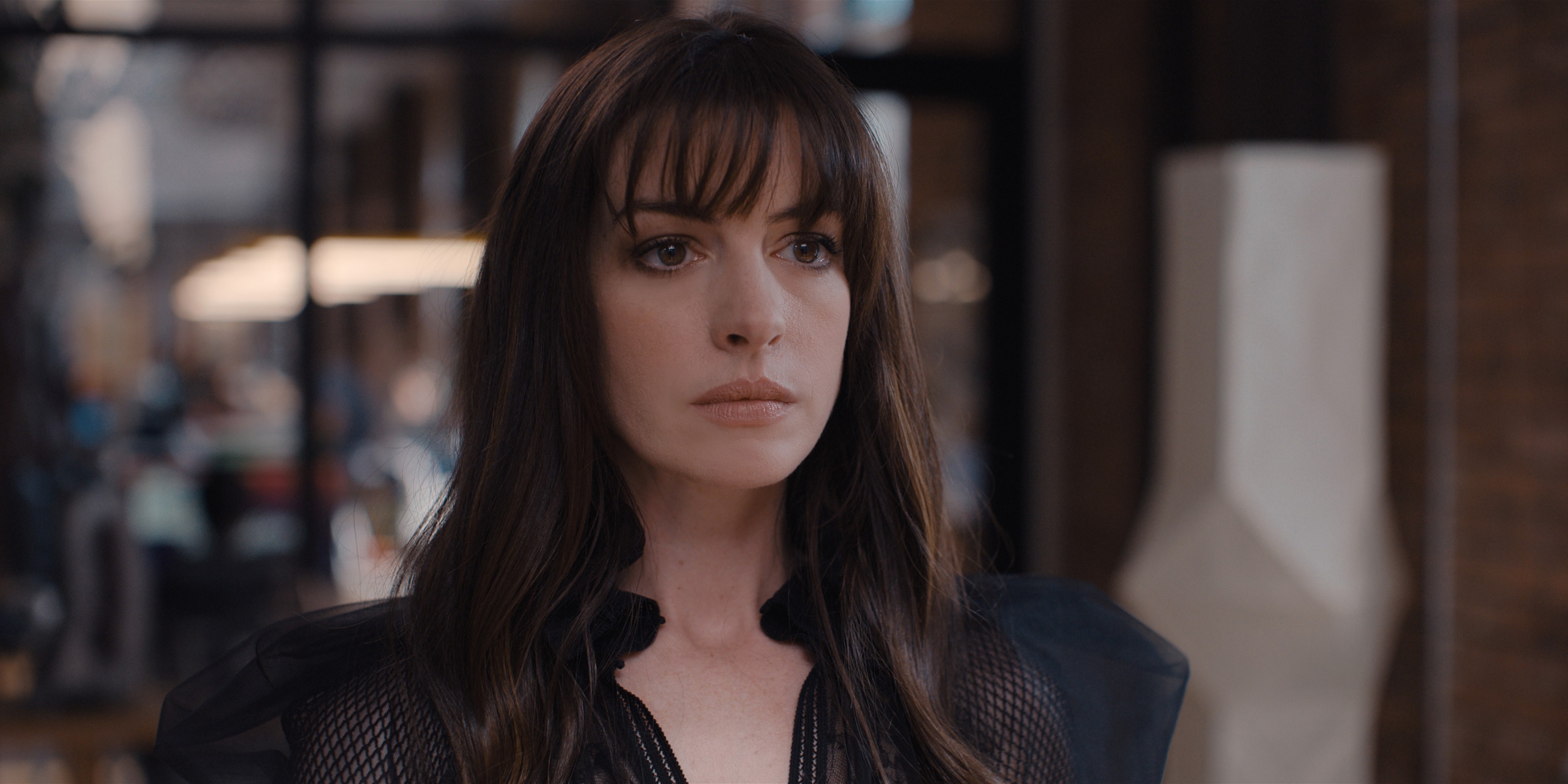 ‘WeCrashed’ episode 5 sees the fortunes of the Neumanns and the titular company, WeWork, once again in the green. Following episode 4’s financial crunch, the influx of billions of dollars by SoftBank and Masayoshi Son has Adam going on another wild expansion spree, with mixed reactions from his partners at Benchmark Capital.

Rebekah, meanwhile, tries to carve a space for herself in her husband’s burgeoning company, leaving a trail of victims in her wake. The appalling excesses of the central couple are clearly on display, as are their insecurities. ‘WeCrashed’ episode 5 leaves a bitter aftertaste, so let’s try to make sense of everything that goes down. SPOILERS AHEAD.

The episode opens with Adam walking into a branch of JPMorgan Chase with his signature swagger and asking the incredulous official for a $50 million line of credit. The bank employee thinks it’s a joke until he looks Adam up online. Shortly after, the WeWork CEO walks out with a $100 million line of credit and instantly begins dipping into it. After a mansion and sleek company plane are purchased, Adam delves into using the $4.4 billion from SoftBank to aggressively expand the company. 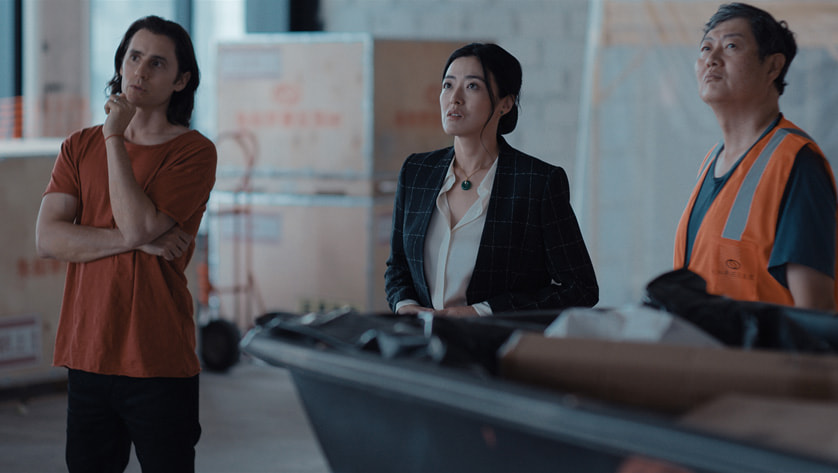 Soon enough, WeWork has spread to 20 new locations and has a footprint in 13 cities across six countries. Adam returns to the WeWork head office to find himself cornered by the concerned heads of other shared workspace companies. He brushes them off and turns his attention to celebrating his inclusion in the Time 100 list. Rebekah finds herself sidelined at the ceremony while her husband soaks in all the admiration.

Bitter and feeling left out, she confides in Elishia, who is making waves at the company as the new Chief Brand Officer. Meanwhile, Adam and Miguel visit Masayoshi Son in Japan after the latter seems unimpressed by WeWork’s latest growth spurt. The SoftBank head informs Adam that he needs to be even bolder, a piece of advice that has the Benchmark Capital investors Bruce Dunlevie and Cameron Lautner panicking even more.

Adam remains ignorant of his wife’s bitterness even as Rebekah begins firing WeWork employees on a whim. With a Vanity Fair feature on WeWork coming up, she is then incensed to find that Elishia is going to be featured prominently in the article. Wanting the spotlight for herself, Rebekah snatches Elishia’s title of Chief Brand Officer, leaving the latter angry and hurt. 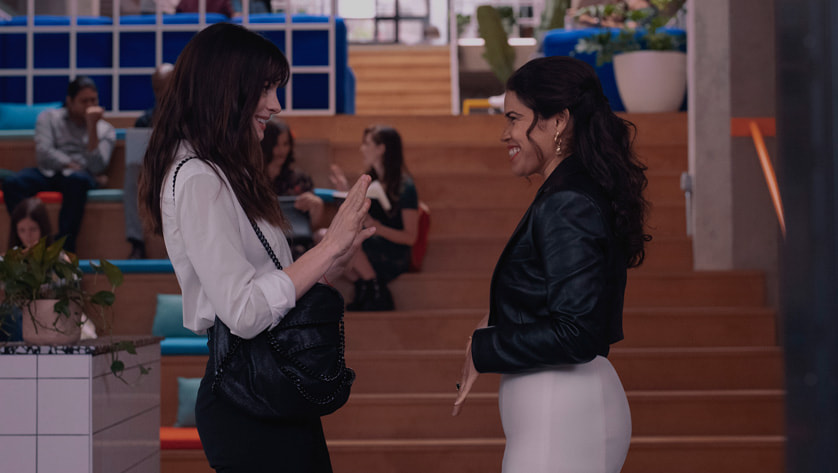 Meanwhile, Miguel and Adam have a moody flight back from Japan, and the latter comes to the conclusion that he must take over the entire shared workspace market in the United States. With WeWork at a 40% market share, Adam embarks on an aggressive acquisition spree, crushing competitors like Jamie Hodari’s company, Industrious. The episode subsequently closes with a scantily attended, liquor-fuelled party at the darkened WeWork headquarters celebrating Rebekah’s new Chief Branding Officer position.

The final scene of episode 5 depicts Adam leaving the office beer tap open, letting it spew brew even as he walks away. The scene is a clear metaphor for how the company is hemorrhaging money and, despite its relatively full coffers and strong earnings, is still making a loss. However, Adam now seems to have a new target, one that is (incorrectly) calculated by Miguel on the way to Japan to meet Masayoshi Son (affectionately called Masa). 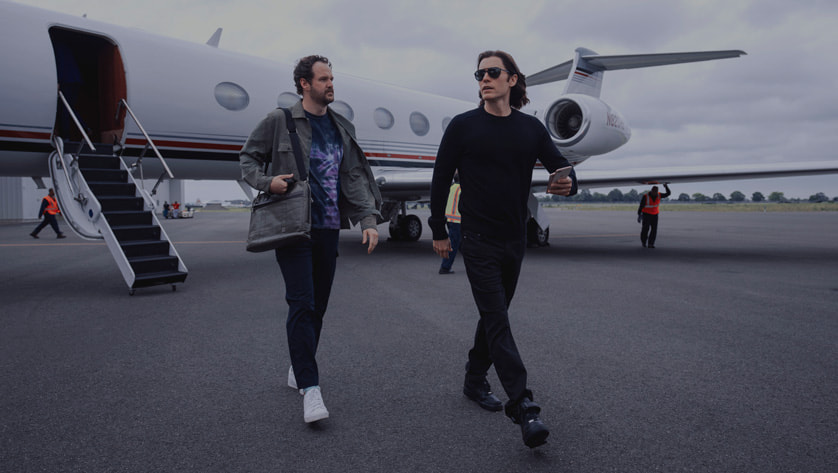 They calculate that Masa wants a 7500 times return on his $4.4 billion investment, bringing the expected valuation of WeWork to an eye-watering $33 trillion. Of course, Masa never mentions a figure, cutting off the discussion of finances before it even begins. Instead, he introduces the WeWork co-founders to a robot made by one of the other companies he’s invested in, pushing Adam to be more “crazy.” Masa’s taunting advice, combined with the astronomical figure suggested by Miguel, seems to be all the fuel Adam needs to double down on his atrociously ambitious plans.

Thus, even though Masa never mentions the $33 trillion figure, it seems like Adam has decided to use it to motivate his employees. Of course, Adam wants to “change the world” with his company, which means that the more atrociously high WeWork’s expected valuation, the more freedom he will have to be “crazy.” At the moment, it seems like Adam is advertising the figure to his employees to get them on board with his aggressive expansion plans but hasn’t set $33 trillion as his specific valuation target.

Is Elishia Kennedy Fired From WeWork?

Elishia finally sees Rebekah’s vindictive side when the latter takes over her position of Chief Branding Officer without any warning. What makes things worse is that Rebekah does so mainly so she can be featured in the upcoming Vanity Fair article more prominently. For Elishia, who has so far considered Rebekah a friend, this is a bitter betrayal. Also, since Rebekah is the CEO’s wife, there is nothing much that Elishia can do to get back the position Adam initially gave her. 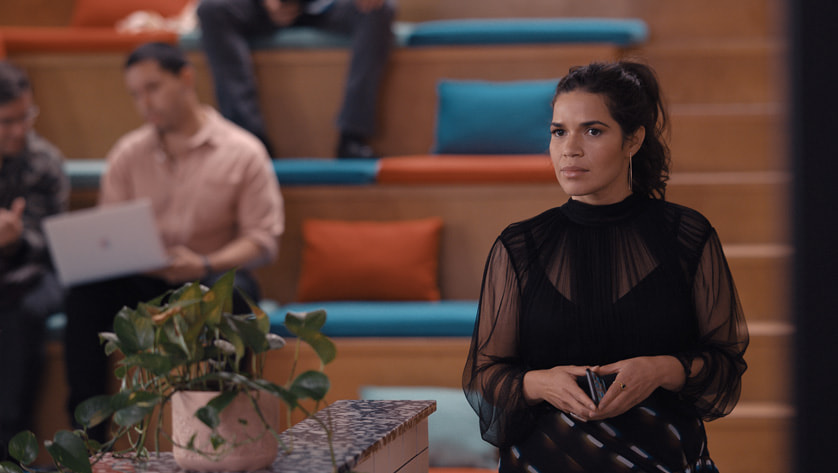 The episode ends without telling us what Elishia’s next step is. Considering she just left her previous company, it is unlikely she will go back. However, it also seems unlikely she will stay. Rebekah half-heartedly offers her another position (or title), which she scoffs at. Thus, it appears that Elishia most likely resigns from WeWork after her brief stint.

Read More: Is WeCrashed’s Bruce Based on a Real Benchmark Partner?