Will There Be A Wedding Crashers 2? 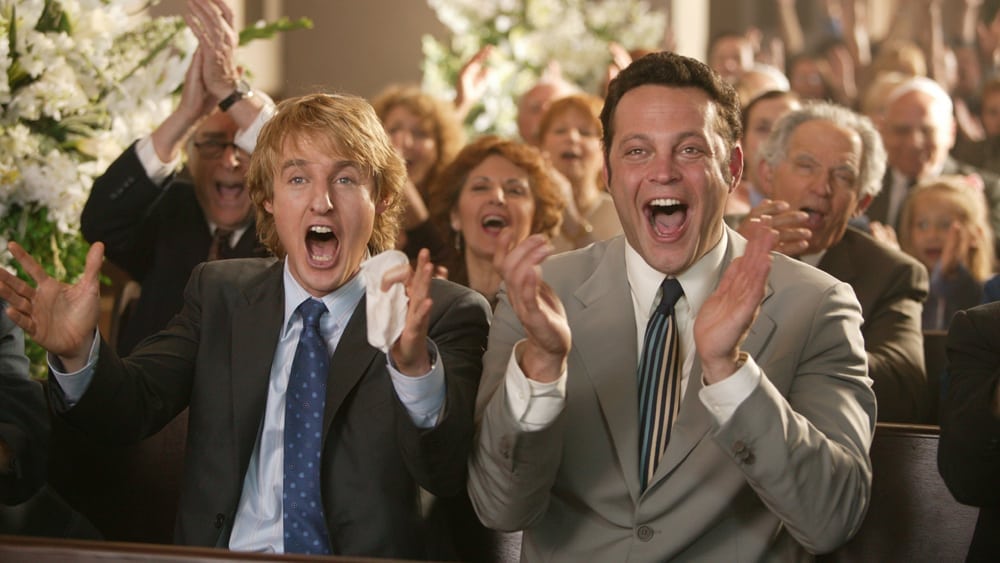 There have been all kinds of wedding movies over the years, but none of them has been quite like ‘Wedding Crashers’. The film tells the story of two men who crash weddings in the hopes of hooking up with single bridesmaids. They don’t expect to fall in love, but they do. By the end of the film, they both get their own weddings. While it is certainly a happy ending for them, it is not the end of their ritual. There are more weddings to be crashed, which means there is more to their story. Will we get to see them again? Will there be a ‘Wedding Crashers 2’?

‘Wedding Crashers’ released on July 15, 2005. The film was a huge box-office success and was received well critically, too. Despite its popularity, the film did not receive a sequel. Director David Dobkin admitted that he was approached several times to write a sequel for the film, but he decided not to. He believed that repeating the same thing would not do any justice to the story. However, over the years, there was a shift in his thought process.

The first rumors of a ‘Wedding Crashers’ sequel came out in 2016 when Isla Fisher revealed in a talk show that Vince Vaughn had told her about it. This led to excitement among the fans, but nothing ever happened with the project. As of now, there have been no official announcements regarding the future of the sequel. Even if it does receive a green light, with the current circumstances, we will have to wait a while before it comes to our screens. Considering everything, we expect ‘Wedding Crashers 2’ to release sometime in 2024 or later.

Wedding Crashers 2 Cast: Who’s in it?

‘Wedding Crashers’ stars Owen Wilson and Vince Vaughn in the roles of John Beckwith and Jeremy Grey, two best-friends who crash weddings together. Rachel McAdams and Isla Fisher play the roles of sisters Claire and Gloria Cleary, who are John and Jeremy’s love interests.

In the sequel of ‘Wedding Crashers’, Wilson and Vaughn would certainly reprise their roles. The return of McAdams and Fisher, however, would depend on the storyline. With a new wedding to crash, we expect different characters in the sequel, with some familiar faces returning for a cameo.

Another interesting possibility for the cast was mentioned by David Dobkin in 2014. In a Q&A on Quora, he was asked about the possible storyline for ‘Wedding Crashers 2’. To this, he wrote: “We did come up with a great take. Vince, Owen, and myself sat around at Owen’s house one day and broke the story. It was really really funny. We wanted Daniel Craig to be the ultimate wedding crasher, with his sexy body and his Speedo, and the two guys would be incredibly threatened by him. He was like the next-generation Terminator of wedding crashing.” If Dobkin gets his way, we might as well see Craig crashing a wedding.

Wedding Crashers 2 Plot: What can it be about?

‘Wedding Crashers’ follows the story of two men who crash weddings together to seduce vulnerable single women. At the end of the film, both men find love and get married.

While talking about the possibilities of a sequel, Dobkin wondered about the next phase in the life of John and Jeremy. He wished to explore the characters in their late 40s when they are single again. He found it a “weird, difficult, challenging story”, and the idea is certainly worth exploring.