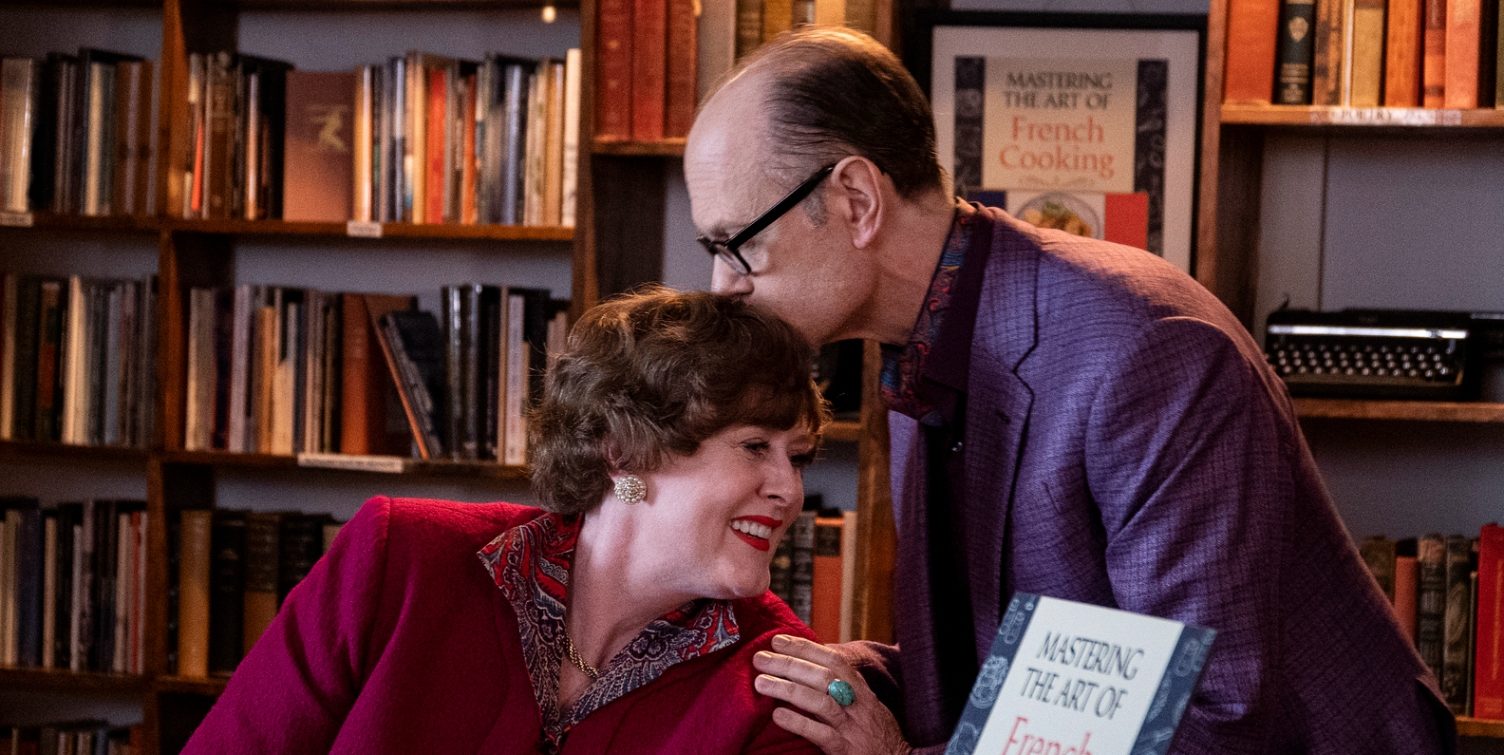 The fifth episode of HBO Max’s biographical drama series ‘Julia’ depicts Julia and Paul Child’s visit to San Francisco for the former to appear on a public television channel. During the visit, Julia encounters friend and fellow chef James Beard. The latter leads Julia to a pub filled with gay men and drag performers, who celebrate Julia’s success as a television personality. When Julia talks about her time at the pub to Paul, the latter refers to homosexuals as “fairies,” an offensive slang term, which may make one wonder whether the Childs were homophobic in real life. Let’s find out!

In their lifetime, Paul and Julia Child were often alleged to be homophobic. According to Julia’s biographer Laura Shapiro, the couple practiced homophobia during their lifetime. In her letters to friend and co-author Simone Beck, Julia had disapprovingly used terms like “pedal” or “pedalo” – French slang words – to refer to gay men. In the letters, the famed chef reportedly used derogatory words like “pansies,” “homovipers,” and “fags.” As per Shapiro, she even regarded the opposite of homosexuals as “real male men.”

Alex Prud’homme, the great-nephew of Julia, also did write about the alleged homophobic remarks used by Julia and Paul. In his book ‘The French Chef in America: Julia Child’s Second Act,’ Prud’homme wrote that the couple had privately used the term “fairies” for years. In the book, he included a letter Julia sent to Beck in which she expressed her worry about “real male men” getting discouraged to take part in good cooking because of the considerable presence of homosexuals in the same. According to Prud’homme, their homophobia is “a function of their generation, their ignorance, and their experience.”

In 1992, Julia was accused of being homophobic by Daniel Coulter, who filed a lawsuit against her for allegedly denying him a job at American Institute for Wine and Food, an institute co-founded by the renowned chef. Julia responded to the suit by saying that she didn’t know Coulter and wasn’t part of the hiring practices at the institute. Having said that, the gay community of her time celebrated her as an icon, especially after the success of her television show ‘The French Chef,’ as ‘Julia’ depicts.

The friendship circle of Paul and Julia included numerous people belonging to the LGBTQ+ community. James Beard, one of the close acquaintances of the couple, was gay. According to Shapiro, Julia rarely talked about Beard’s sexuality. Restaurant critic Craig Claiborne and chef Richard Olney, who were two of the notable presences in the couple’s circle, were gay as well. M. F. K. Fisher, a renowned food writer and Julia’s friend, was bisexual. The aforementioned individuals were prominent presences in Julia and Paul’s life irrespective of the couple’s alleged homophobia.

In the 1980s, a change occurred in Julia in light of the AIDS outbreak that stole the health and lives of several friends. The predicament was a blow to her alleged prejudice, even leading her to take part in an AIDS benefit. She talked about her grief of witnessing friends suffering from the agony of the condition. In 1986, the couple witnessed the death of Julia’s lawyer Bob Johnson due to AIDS-related pneumonia, which severely affected her. As per Prud’homme’s book, Julia was shocked to learn Bob was a “closeted gay” man.

During Paul and Julia’s lifetime, there were speculations regarding their sexual orientation. In Prud’homme’s aforementioned book, the author revealed that certain people suspected Julia of being a lesbian. In ‘A Covert Affair: Julia Child and Paul Child in the OSS,’ author Jennet Conant stated that Paul was believed to have “homosexual tendencies.” Julia and Paul lived an eventful life together, filled with controversies concerning their understanding of sexuality.