What Are the Ages of Gossip Girl Characters? 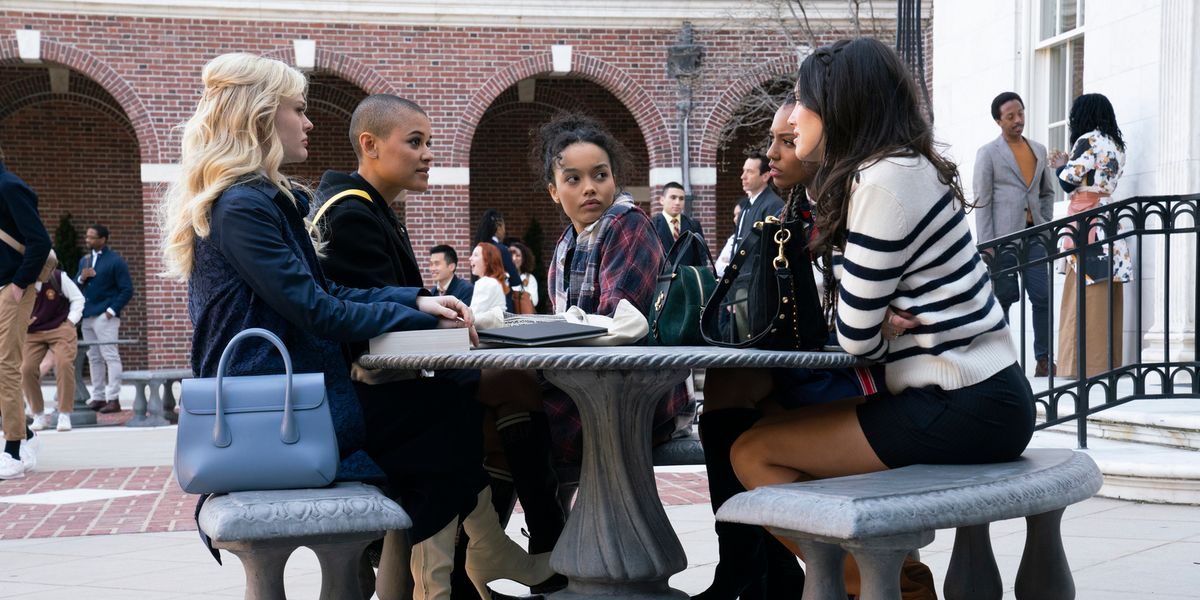 ‘Gossip Girl‘ reboot focuses on a new generation of teenagers at the prestigious Constance Billard St. Jude’s School, where some of New York’s wealthiest and most influential people send their children to study. However, the students’ lives are launched into chaos when the mysterious blogger named Gossip Girl returns and begins to unravel their nasty secrets in front of everyone.

The group of characters from New York’s Upper East Side is every bit as intriguing and charming as their predecessors, and we are sure viewers must be looking to learn more about them. If you are wondering how old JC and her gang are, here’s everything you need to know!

Luna and Monet are close friends of Julien Calloway, aka JC, who closely follow her and are interested in JC’s potential as a social media influencer. Monet is the richest girl at Constance Billard, and her parents are pharmaceutical moguls. Luna’s parents are globe-trotting filmmakers who are rarely at home. Both girls are juniors which means they are around 16 or 17 years of age in the first season. Actresses Savannah Lee Smith (Monet) and Zión Moreno (Luna) are 21 and 26 years old in real-life, respectively.

Kate Keller is the English teacher at Constance Billard and St. Jude’s School who aspires to be a famous writer. She becomes sick of the mistreatment from her students and reinstates the Gossip Girl blog to keep them in check. Kate is in her mid-twenties and a literature graduate, which means she is at least 24-years-old in the first season. Actress Tavi Gevinson, who plays Kate in the series, is 25-years-old.

The enigmatic Maximus “Max” Wolfe is the playboy of the group and one of Julien’s inner-circle. He seduces his teacher Rafa Caparros and is also attracted to his friends Aki and Audrey. During Max’s fling with Rafa, Max states that he is of legal consent age, which means he is 18-years-old in season 1. Actor Thomas Doherty, who essays Max, is nine years older than his character.

The group’s seemingly steady couple, Aki and Audrey, both have their fair share of tumultuous home lives, which binds them together. They are close friends with JC, Max, and the rest of the gang, whom they have practically known since they were babies. Therefore, both would have been born between 2004 and 2005 and are around 16 or 17-years-old in the first season. Evan Mock (Aki) and Emily Alyn Lind (Audrey) are 24 and 19 years of age, respectively.

Otto “Obie” Bergmann IV, dubbed the Prince of New York, is the ex-boyfriend of Julien and the best friend of Aki. He later begins to date Julien’s sister, Zoya. Like the rest of his friends, Obie is also a junior which means he is at least 16-years-old in season 1. Born in 1999, actor Eli Brown, who plays Obie, is six years senior to his character at the age of 22.

Zoya Lott is the new girl in town and the younger maternal half-sister of Julien. Zoya is the youngest member of JC’s group and shares and rivals her half-sister for Obie’s affection. She was born on October 22, 2006, and her mother died shortly after giving birth to her. In the fourth episode of the first season, Zoya turns 15-years-old. Actress Whitney Peak, who appears as Zoya in the series, is 18 in real life and the only actual teenager among the actors who play teen characters.

The hyper-social and super famous Julien is the Queen bee of Constance Billard St. Jude’s School. She tries to develop an actual sisterly bond with Zoya and helps her half-sister in adjusting to her new surroundings. She is roughly 2 years older than Zoya, and she was likely born around 2004. That would mean Julien is 17-years-old in season 1. Actress Jordan Alexander who plays Julien, is 28 years of age, making her the eldest cast member to essay a teen on the show.

Read More: What Are the Sexualities of Gossip Girl Characters?