What are the Pictures at the End of The Hangover? Are They Real?

With Todd Philips in the director’s chair, the 2009 buddy sex comedy movie ‘The Hangover‘ does not lose its charm even if you have watched it a few times. Doug only wants to celebrate the last couple of nights before his marriage with his friends. There’s nothing illegal in having a little bachelor’s party, but be careful what you ask for. The lives of Doug’s friends are turned upside down when they wake up with a tiger in place of Doug. While they scour the city to piece the puzzle together, the answer may be more straightforward than that. Bradley Cooper and Zach Galifianakis shine in the central roles alongside Ed Helms, Heather Graham, and Justin Bartha. However, while the story ends conclusively, you may wonder about the origin of the photos in the credit sequence. Are they real? Let us find out! SPOILERS AHEAD.

What Are the Pictures at The End? Are They Real?

While the movie is pretty clean in terms of nudity (besides a naked and furious Leslie Chow), the final sequence presents the bulk of evidence behind its R-rating. It also sheds some light on the night the friends cannot remember much. The fateful events of the night occur in the early moments of the film. Alan arranges for these shots of Jagar, slipping some Rohypnol (which Alan calls Ruphylin) into their drinks. Thanks to Alan’s misdeeds, the friends do not remember a thing of the previous night when they wake up the following day in their wreaked suite – with only a hospital tag and a tiger as clues. 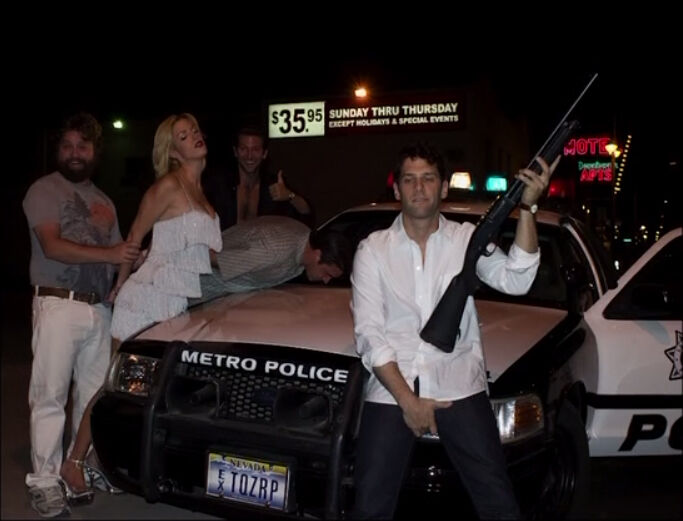 The movie expends much of its energy chronicling the friends tracing back to the night’s events. Thus, we don’t get to see much of the events until the movie’s final moments. After the wedding, Doug, Stu, and Phil are chilling on the lawn, and Alan brings in Stu’s lost camera. The camera stayed at the backseat of their car, and it may have answers to some of the friends’ questions surrounding the night. All the friends gather to see glimpses from the night they forgot. They see more than they would want to know. They get to see how Stu pulled out his tooth – and he also reserves a smile for the camera with his bloody mouth.

Meanwhile, we see how Phil ended up in a brawl, which sent him to the hospital. The images also reveal that it may have been Alan who won the money on the first night, similar to his desperate later stint the following night. Leslie Chow may have been a con all along, duping the boys two times in a row. Thankfully, though, Doug keeps the chips in his pocket, and they return home rich. The ending shot also reveals Alan in the process of getting sexual favor from a woman at an elevator. You may know that the woman is none other than singer-actress Susan Boyle (of ‘The Christmas Candle’ fame). 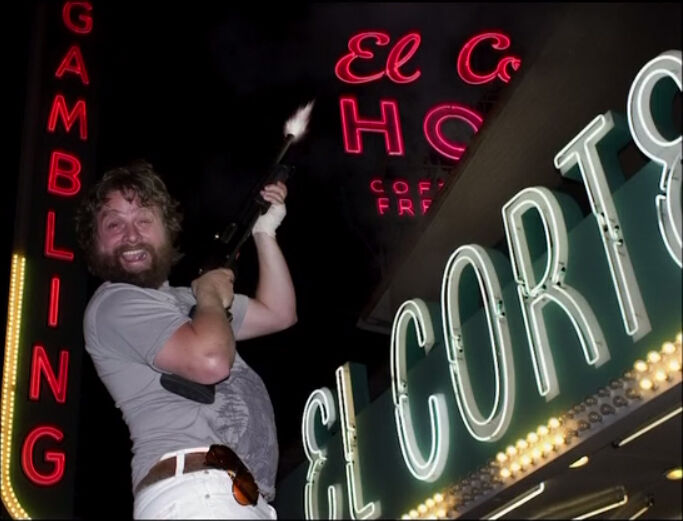 While talking about Susan’s cameo appearance, Ed Helms said, “I’m amazed that she got talked into it.” Todd Philips was also amazed that the censor board did not mind the X-rated sequence. Philips later revealed that he took the shots in natural surroundings during their time in Vegas. He and the cast would venture out into the city, recording the images with flash in the director’s point-and-shoot camera. So, in short, the photos are real and not digitally made. Galifianakis later added how he wanted to bribe the director’s assistant $1000 if the assistant could convince the director to take the image down from the final cut. Well, that did not happen, and now, you have seen it all.

Read More: Where Was The Hangover Filmed?