What Happened to Michonne on Walking Dead? Is She Dead? Why Did Danai Gurira Leave? 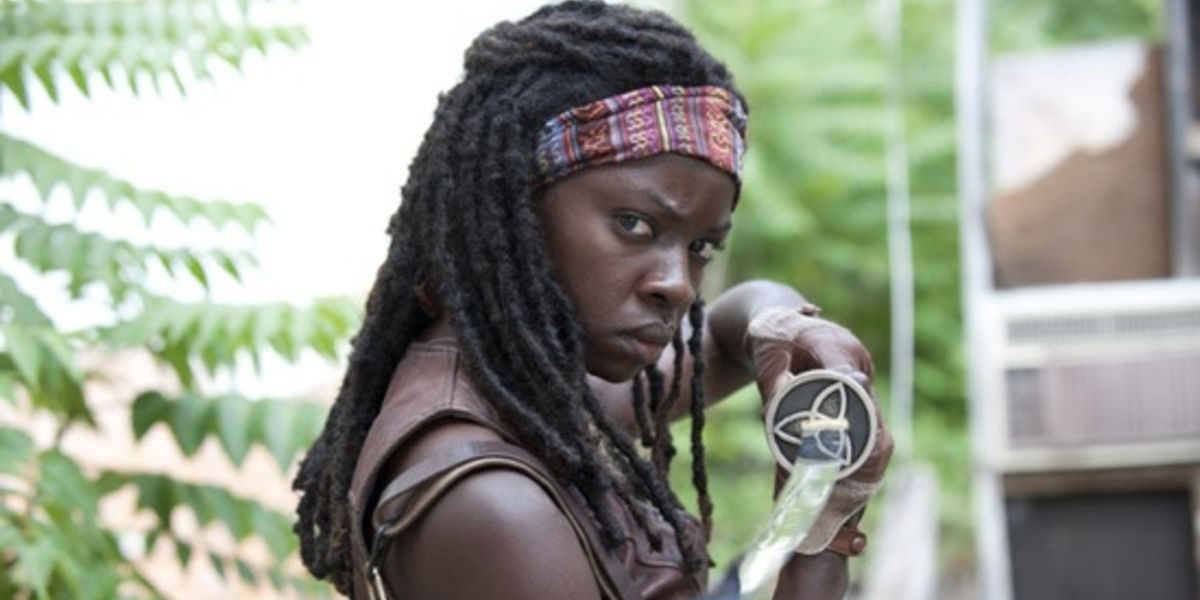 ‘The Walking Dead‘ is a post-apocalyptic series that features some fascinating characters who are doing their best to survive and protect themselves from zombies. However, it is hard to argue that any of those characters manage to battle for survival with more poise and skill than the katana-wielding, tough-looking Michonne. The character becomes a close ally of Rick Grimes (Andrew Lincoln) and even develops a romantic relationship with him.

However, in the final stretch of the show’s eleven-season run, Michonne has been MIA after the departure of actress Danai Gurira who appears in the role until season 10. If you are wondering why Gurira exited the series and how Michonne’s arc is wrapped up, here’s everything you need to know!

What Happened to Michonne on The Walking Dead? Is She Dead?

Michonne is first introduced in the second season finale titled ‘Beside the Dying Fire,’ where she saves Andrea from a walker. Actress Danai Gurira steps into the role starting from the third season episode ‘Walk with Me.’ Since her introduction, Michonne is a force to be reckoned with but also has a caring side. She forms a close bond with Rick and his core group, eventually becoming a vital figure in the Alexandria safe-zone community. 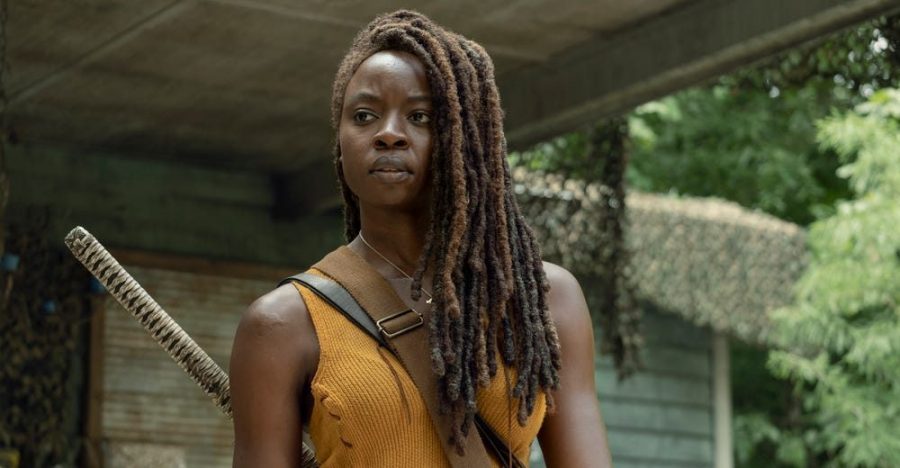 She also acts as a surrogate mother to Rick’s children, and the two have a child together named Rick Jr. In the tenth season, Michonne embarks on a mission to find a weapon capable of killing Alpha. On her search, she discovers some clues that suggest Rick might still be alive. She decides not to return to Alexandria and ventures out into the unknown in search of Rick. She is last seen in season 10 episode 13 titled ‘What We Become.’

Why Did Danai Gurira Leave The Walking Dead?

Danai Gurira had been an integral part of ‘The Walking Dead’ cast for eight seasons. She was series regular throughout all those seasons, appearing in a total of 90 episodes. Her character’s connection to the central protagonist Rick Grimes as well the actress’ illuminating performance made her a fan favorite. Reports of Gurira preparing to depart the show began to emerge in early 2019. However, her exit wasn’t confirmed until July of that year. Ahead of the tenth season’s premiere, the show’s cast attended the 2019 San Diego Comic-Con. There Gurira announced that she would be stepping away from the show after appearing in a handful of season 10 episodes.

The thirteenth episode of season 10 marks her farewell as Gurira moved on to pursue other career opportunities. In an interview, Gurira opened up about her decision to move on from the show. “It was a very difficult decision. It is not connected to my heart. My heart stays right here. It was about my calling and other things I feel called to. The opportunities I’ve had, exploring it as a creator of work,” she told THR. Gurira also thanked the fans of the show, her castmates, and producers.

Since 2018, Gurira has been a major player in the ‘Marvel Cinematic Universe‘ as Okoye, the General of Dora Milaje, starting with ‘Black Panther.’ The actress has remained open to picking up the katana once again, and with ‘The Walking Dead’ nearing the end of its run, many have speculated that Gurira will make a comeback. However, her return is far from confirmed. There are also many spin-offs where her character could pop up, with the solo movie focusing on Rick Grimes being a strong possibility. Until we get any official word of Gurira’s comeback, we can look forward to seeing the actress in the upcoming ‘Black Panther: Wakanda Forever.’

Read More: Where Was The Walking Dead Season 11 Filmed?