What is a Spirit Box? Is it Real? 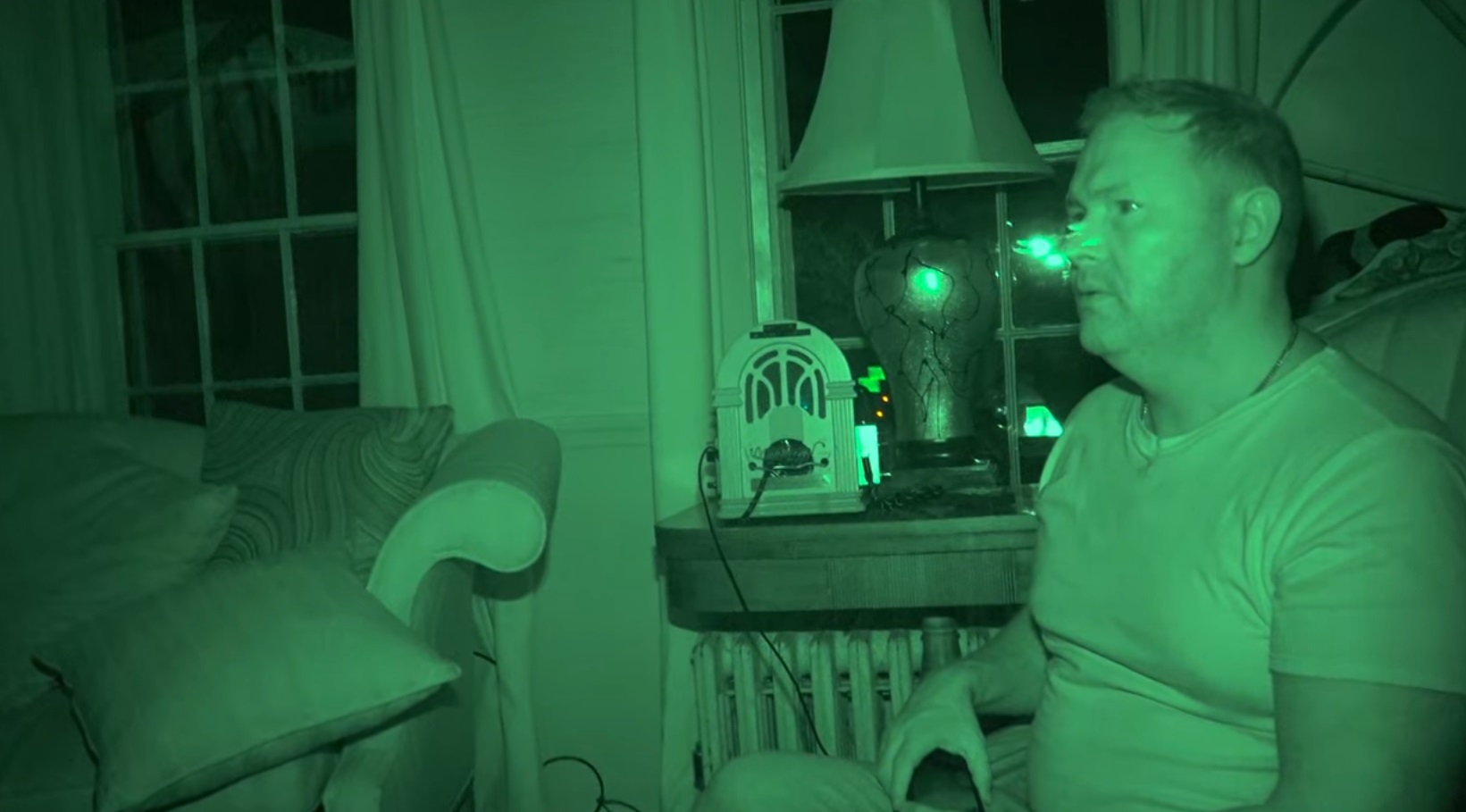 Netflix’s ‘28 Days Haunted‘ is a horror reality series that puts the theoretical aspects of the paranormal to the test in a manner never seen before. The show welcomes three teams of paranormal investigators to stay in some of the most haunted locations in the US for 28 days. However, they do not know that their participation is meant to test a theory proposed by Ed and Lorraine Warren.

During their time in their temporary residences, the investigators try to uncover the place’s secrets and somehow communicate with the lingering spirits. One of the most commonly used devices by the groups was a spirit box which apparently allowed the paranormal experts to talk to supernatural entities. Naturally, people are curious to know more about this technological device, and we are here to answer the same!

What is a Spirit Box?

The belief in the paranormal has always been strong among the public. Throughout history, people came up with different methods to try and somehow communicate with supernatural entities. Ouija boards and seances have captivated believers as they seem to provide humans with the ability to talk with ghosts. As the world advanced in electricity-based technology, those invested in the paranormal looked for new methods to establish a conversation with spirits. 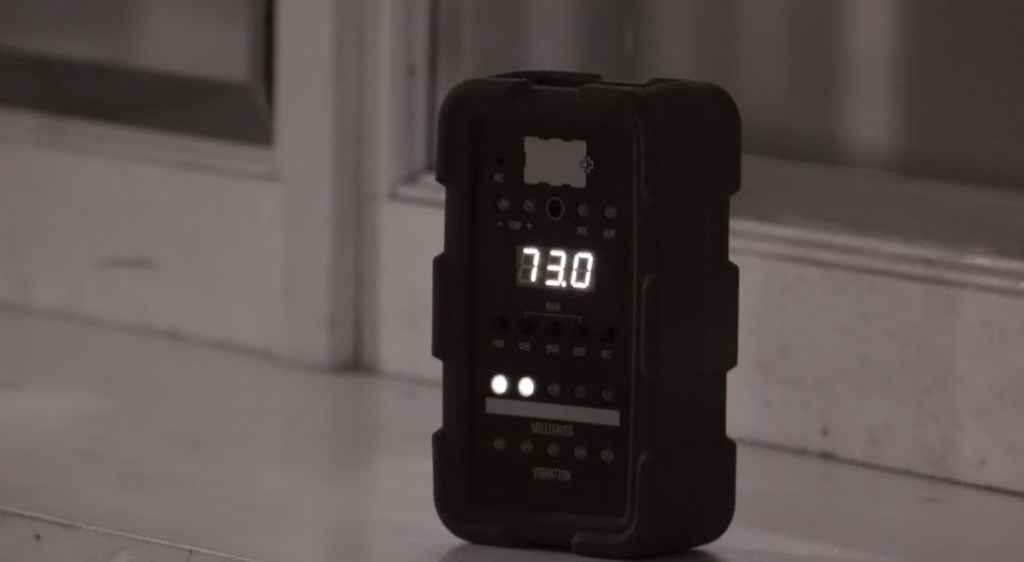 During the 1970s, the Electronic Voice Phenomenon (EVP) was popularized by Konstantīns Raudive. According to the Latvian parapsychologist, paranormal entities could communicate with humans through machines that generate white noise, which includes static noise. The concept details that supernatural entities can use such devices to create short words or phrases that humans would be able to understand.

The machines are based on the idea that spirits can influence EMF (Electric and Magnetic Field) waves and hence can manipulate electrical signals to convey their message in voice. While many consider this a step forward in paranormal investigation, some can not help but be skeptical about the process. Frank Sumption, a paranormal expert, developed a concept built on the EVP’s pre-existing devices. He created another machine called Frank’s Box, Ghost Box, or Spirit Box, which uses a white noise generator and an AM radio receiver.

Essentially, the device generates noise when circling through different AM radio channels. The spirits can reportedly use audio snippets from radio broadcasts to convey their message to the person listening to the spirit box. Frank made around 180 pieces of the device, and only about 90 of his original Spirit boxes are still in existence. Albeit, other versions of the device are readily available in the market.

Like almost everything paranormal, the authenticity of a Spirit Box comes down to a person’s belief system. For those convinced by the concept of the afterlife and ghosts, a Spirit Box can be considered a medium to establish a connection with the supernatural. One of the biggest reasons behind the popularity of the Ouija board is that anyone could allegedly use it to communicate with people in the afterlife and get answers. A Spirit box is essentially a technological version of the same that plays the energy manipulation capabilities of paranormal spirits. 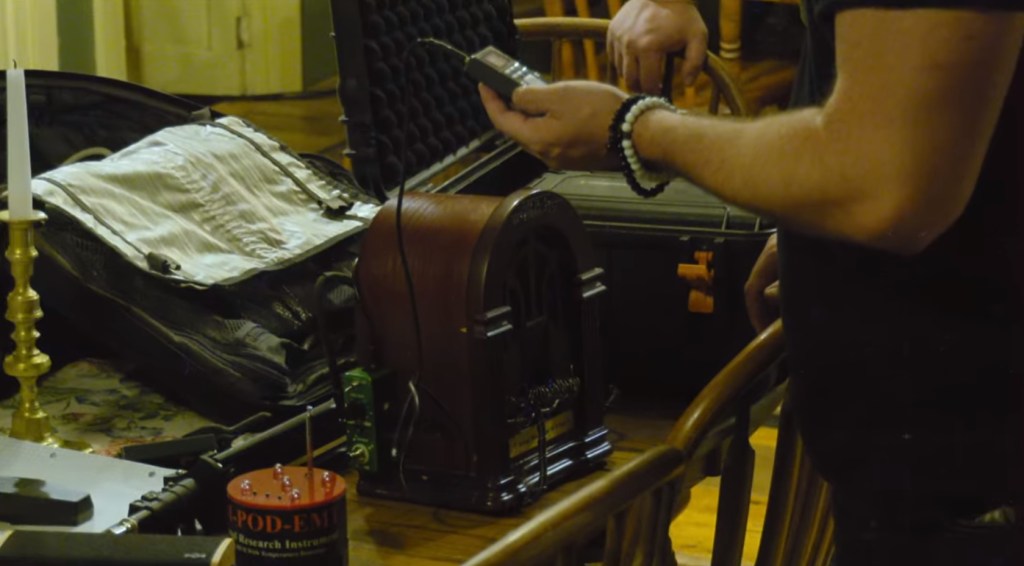 On the other hand, many consider the idea of communication with ghosts through white noise generators and Spirit boxes a hoax. Several scientists believe that the coherent words and phrases heard through the white noise and static are due to auditory pareidolia, where people tend to interpret random sounds as words from their own language. The fact that such random words seem to form a coherent story is conceived as a phenomenon called apophenia, where a person connects unrelated pieces of information to create a cohesive narration.

The usage of AM radio channels adds another layer of disbelief for several skeptics. They think cycling through random AM radio channels is bound to generate snippets from audio, and any word or phrase that jumps out in the process is nothing but coincidence. In short, for those who do not believe in the paranormal, the answers generated through a Spirit Box and the story that seemingly unfolds through the same are a combination of a desire to believe, a marvel of human imagination, and the result of the power of suggestion.

Since their creation, Spirit Boxes have become popular among paranormal investigators and those who have even a bit of curiosity about the field. Video games like ‘Phasmophiabia’ use a Spirit Box as a player-usable device with its own rules and regulations. Even shows, movies, and internet content feature these devices for entertainment. Nevertheless, the true answer to whether or not a Spirit Box does communicate with the paranormal is more dependent on a person’s perception of the whole process.