What is Banamine on Yellowstone? 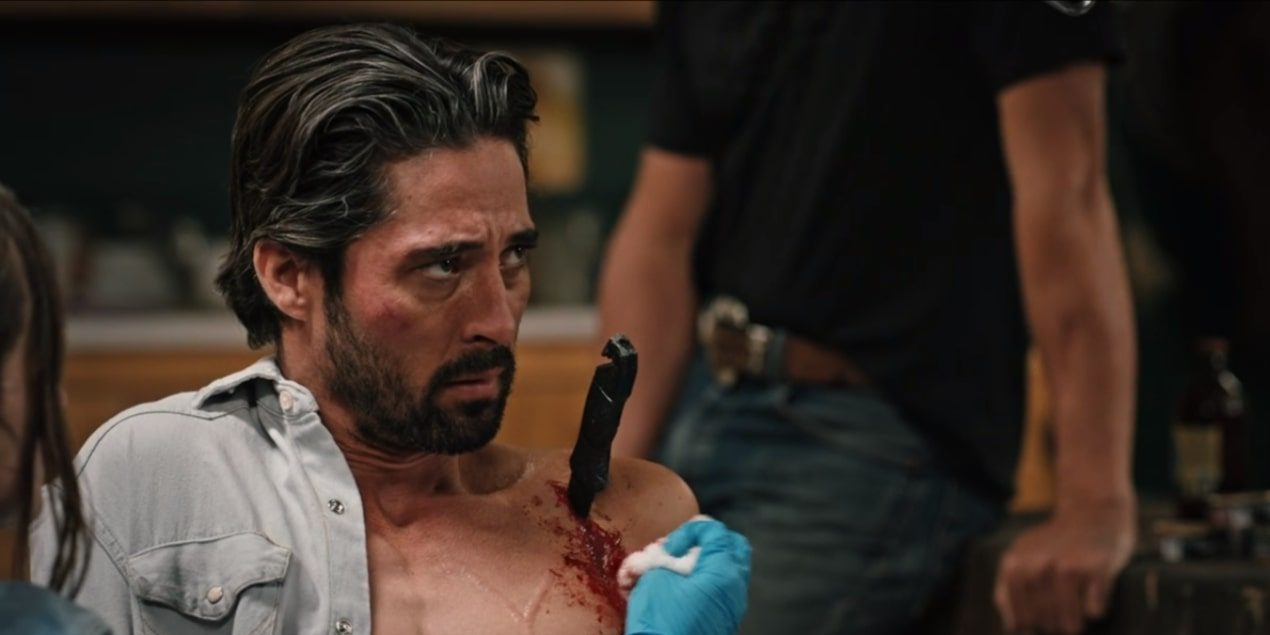 ‘Yellowstone‘ is a gritty Western drama series that details the hardships of life on a ranch. The show’s rugged aesthetics are matched by its hard-shelled characters. The humor adds another layer to the intriguing and dynamic characters who we all know and love. Therefore, it is always enjoyable to watch them engage in some banter. In the sixth episode of the season, a hilarious moment plays out that undercuts the tension of a pivotal scene. The scene in question will also make viewers curious about a substance known as Banamine and its effects. If you are wondering about the same, we’ve got you covered! Here’s a breakdown of the Banamine gag on ‘Yellowstone!’

What is Banamine on Yellowstone?

If you have been tuning in to ‘Yellowstone’ season 4, you must already be aware of the ongoing feud between Lloyd and Walker. The ranch hands’ feelings for Laramie are the primary reason behind the two men constantly being at odds with one another. In the fourth episode, the duo gets into a scuffle and ends up receiving a warning from Rip. In the sixth episode, Lloyd gets riled up, and the target of his wrath is once again Walker. Lloyd breaks Walker’s guitar and attacks him with a knife. The knife pierces Walker in the chest, very close to his heart. The bunkhouse bunch act swiftly and get a doctor onto the scene. Here’s where the hilarious moment takes place.

The doctor is, in fact, a vet. He checks out the wound and tries to figure out how to remove the knife without causing further damage. Meanwhile, Walker is wallowing in pain and requests some Banamine. At first, the doctor refuses under the pretext that the drug’s long-term effects on humans are unknown. The vet reluctantly agrees to give Walker 6 ccs of Banamine for his pain.

Banamine is the brand name of the drug typically known as Flunixin meglumine. It is primarily used on horses and is a non-steroidal anti-inflammatory drug. It has a wide variety of uses, such as treating pain, reducing fever, and reducing gastrointestinal and kidney damage. As far as the drug’s effects on humans are considered, it appears that very few studies in that regard have been conducted. The only reliable information available is that the drug’s target tissue is the liver. Some people use Banamine to cure hangovers.

As in horses, the drug is believed to have a similar pain-reducing effect in humans as well. The series explicitly states that the drug has terrible taste and is mainly administered orally. Both these points appear to be true. Therefore, Walker is going to have a hard time getting that taste off his mouth. Typically, a pain-reducing drug would be given to a person in Walker’s situation. However, because the doctor is a vet, he is only carrying pain medication that works on animals. The entire ordeal is hilarious and undercuts the tension of Walker’s injury through sheer absurdity.

Read More: Who Is Avery in Yellowstone? How Does She Know Kayce Dutton?