What Is Moon Knight’s Suit Made of? What Powers Does it Have? 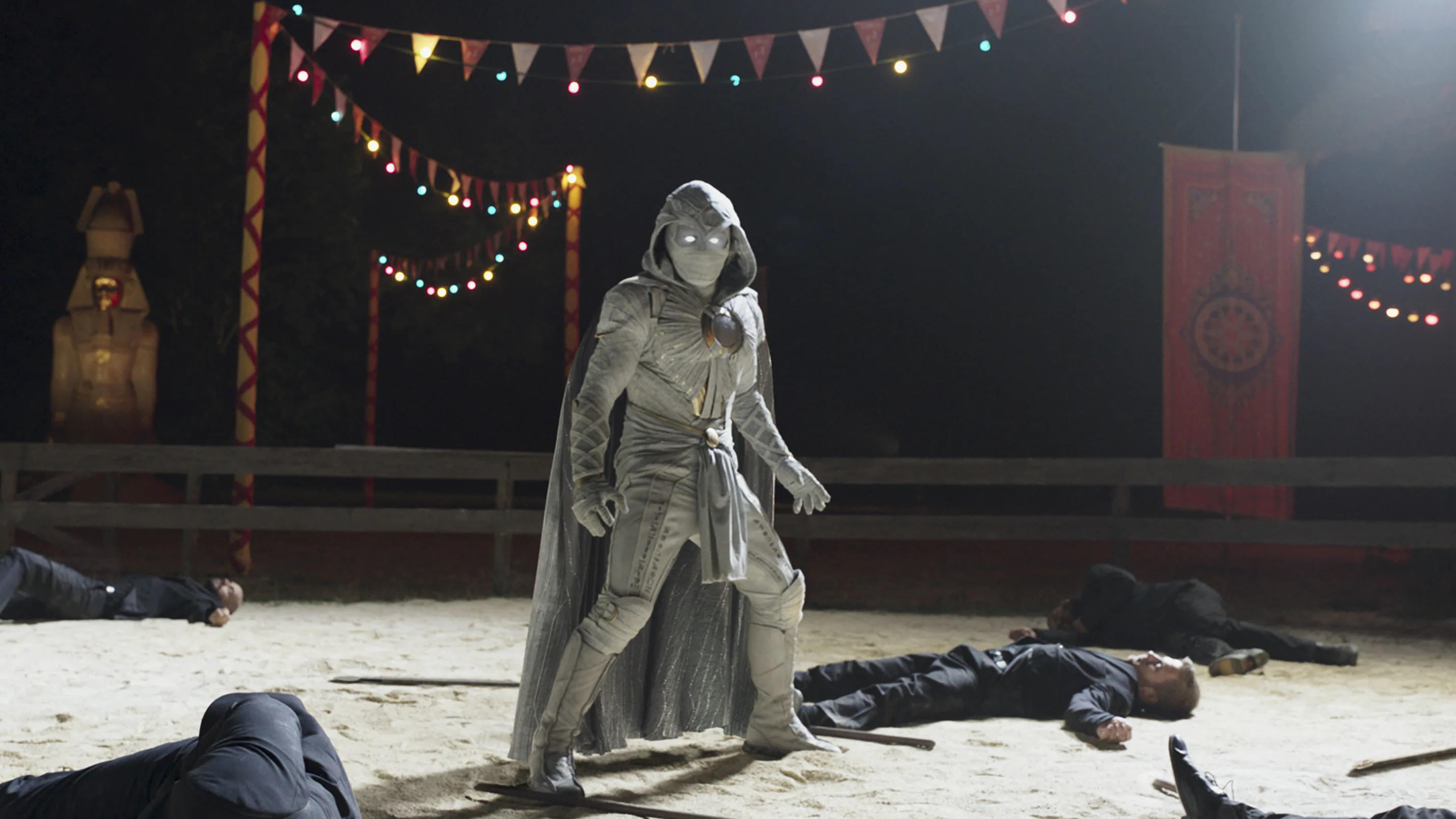 The second episode of ‘Moon Knight,’ titled ‘Summon the Suit,’ fleshes out the mythology. It introduces Khonshu, the Egyptian Moon god of whom Marc/Steven (Oscar Isaac) is the avatar, and demonstrates how each of the other main characters is linked to the lunar deity. Arthur (Ethan Hawke) reveals that he used to be an avatar of Khonshu, while the deity wants Layla (May Calamawy) as his next avatar. The episode is also about the suit of the eponymous character, as indicated by the title. Layla, who also makes her first appearance in this episode and doesn’t entirely understand what’s happening, repeatedly urges Steven to summon the suit. He does so eventually, but it’s not what either she or Marc has envisioned.

In any superhero story, their suit plays an important role in the narrative, and Moon Knight is no exception. Here is everything you need to know about it. SPOILERS AHEAD.

What Is Moon Knight’s Suit Made of?

This episode also introduces another personality of Marc/Steven/Moon Knight: Mr. Knight, who manifests when Steven finally manages to bring out the suit from within himself. In Marvel Comics, the suit initially has kevlar armor. Spector later replaces it with one made of Adamantium, the near-indestructible steel alloy that encases Wolverine’s skeleton in most renditions of the character. At one point, Moon Knight uses an armor made out of Carbonadium, which, according to Moon Knight, is as strong as Adamantium but much more flexible.

During his Kevlar armor days, Spector communicates with his mercenary partner, Jean-Paul Duchamp or Frenchie, through a built-in two-way radio system. After the shift to Adamantium, Frenchie installs a pair of blow darts on Moon Night’s gauntlets. However, the MCU series seems to take a different route. The white armor with hieroglyphs on it manifests from within Moon Knight and wraps around him like bandages on a mummy, implying that this version might have unique properties. Marc tells Steven that Moon Knight’s suit is the ceremonial armor from Khonshu’s temple. If that is true, the suit can be of Heliopolitan or Ennead in origin.

What Powers Does it Have?

In the show, the suit seems to increase the wearer’s agility, endurance, and strength. Moon Knight has a clock that he uses to effectively glide across rooftops or prevent himself from falling from great heights. He also has silver crescent darts that he uses both as melee and projectile weapons.

In an interview, Mohamed Diab, executive producer and director of episodes 1, 3, 5, and 6, revealed that he originally envisioned that Steven would transform into Moon Knight while Marc would become Mr. Knight. But as the story developed, he realized that the opposite pairings would benefit all four characters. By now, we have two different suits in ‘Moon Knight’ for all intent and purpose. As mentioned above, Marc wears the ceremonial armor from Khonshu’s temple as Moon Knight, while Steven’s Mr. Knight attire looks like a traditional white suit.

“The logic should be that each one of them inspires his suit,” Diab stated. “So the suit is inspired by who you are, or what you love, or what’s your imagination of a suit. That’s why Steven who’s completely away from the superhero world, his cool thing is when they tell him summon the suit, it’s a suit. It’s an almost Armani suit. So it made sense. But I loved that he had two suits and the one that we worked even more on was the Moon Knight suit.”

“I love how different it is from everything that we saw before in any superhero,” Diab elaborated. “But I think it tells a lot about the story. You can look at the suit and dissect, you can see the crescent in his, that he pulls. And it’s a weapon. You see how he’s mummified and the cape and the weaponry, and you see the hieroglyphs on him. It’s just such an interesting thing.”