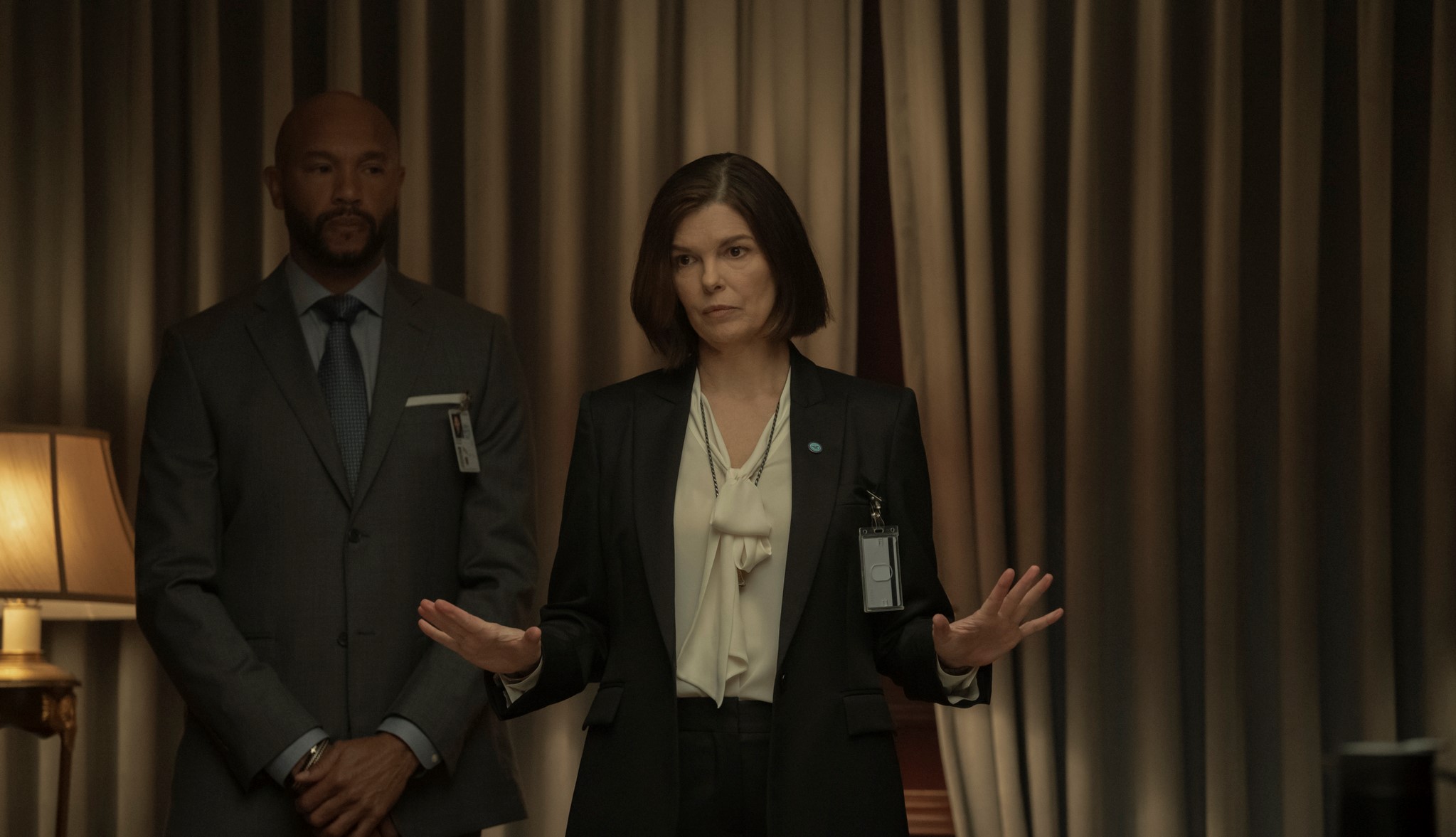 Based on the 2018 namesake novel by author and former Navy SEAL Jack Carr, ‘The Terminal List’ is a tale of revenge, conspiracy, and disillusionment. The plot revolves around James Reece (Chris Pratt), a Navy SEAL platoon leader, who loses almost his entire team when the mission they were on goes wrong. After returning to the US, the last surviving member besides Reece seemingly commits suicide. During the mission, Reece had a concussion. He begins experiencing headaches and hallucinations, and they progressively get worse. After his wife and daughter are brutally killed by masked assassins, Reece begins hunting down and killing every person responsible for what happened to his team and family. This is when he learns about a conspiracy involving powerful people in the Navy and the government and how it all can be traced back to something called Project RD 4895. Here is everything you need to know about it. SPOILERS AHEAD.

In episode 3, titled ‘Consolidation,’ Reece learns about Project RD 4895 while interrogating Saul Agnon (Sean Gunn), the Vice President of Asset Management at Capstone Industries. Earlier in the episode, Reece tells journalist Katie Buranek (Constance Wu) about Agnon and Capstone, but Katie doesn’t believe him. She shows him the medical records she has retrieved from his doctor’s office. He has a tumor of the size of a walnut on the node between the hippocampus and amygdala. Katie spoke to a neurologist who told her that symptoms would include headaches, paranoia, and memory confusion. However, she soon learns that Reece has been right all along when an assassin comes after them. Toward the end of the episode, Reece sends Katie a message about Project RD 4895.

In episode 5, titled ‘Disruption,’ Katie speaks to Mike Tedesco, the head of Nubellum Pharmaceuticals, which is currently owned by Capstone. Steve Horn (Jai Courtney) intends to sell Nubellum. Tedesco has devoted his entire life to Nubellum and doesn’t want to lose the company. He knows the deal to sell his company is ultimately about Project RD 4895 and requests Steve to sell just that, but he refuses. Tedesco later shares everything about RD 4895 with Katie before being gunned down by Horn’s people. Katie then relays the information to Reece.

RD 4895 is an experimental drug that Nubellum developed. It is meant to stop the encoding of trauma in the brain, effectively preventing PTSD. The drug was successfully tested on rats and dogs, but Horn rushed it into humans. The drug was tested on Reece and his team, giving them tumors. The future of Nubellum entirely depended on the success of RD 4895. Its failure meant the loss of 15 to 20 billion dollars for Capstone.

Reece’s superiors in the military, Commander Bill Cox, JAG Captain Howard, and Admiral Gerald Pillar, were aware of the tumors. Horn paid them handsomely for the trial. When the drug didn’t have the desired result, they decided to erase the evidence of their wrongdoings by sending the SEALS on a doomed mission. Secretary of Defense Lorraine Hartley (Jeanne Tripplehorn) was also involved in it, but she didn’t take any money. Because of her father, she genuinely wanted to find a cure for PTSD and was willing to use unethical and horrendous methods to reach her goal.

Reece’s best friend Ben Edwards (Taylor Kitsch), a former SEAL and later CIA operative, was the one who supplied the false information about the mission. He was told that Reece and his men had inoperable tumors and wanted to give them a way to die with their boots on. Of course, the $20 million he received from Capstone helped him make the decision. All of these aforementioned people eventually find themselves on Reece’s terminal list.

Read More: Is Threema a Real Instant Messaging App in The Terminal List?