What is the Creature in the Midnight Mass?

‘Midnight Mass’ is a heavy and complex show that explores a wide variety of themes — from faith to sobriety to love to grief to death to Islamophobia. However, it’s ultimately a horror series, and there is a supernatural entity. While traveling from Jerusalem to Damascus, Monsignor Pruitt, the preacher at the St. Peter’s Catholic Church in Crockett Island, got lost in the desert. Following the advent of a storm, he sought shelter in a cave or an ancient ruin. Inside it, he encountered a creature — humanoid, but clearly not human and with bat-like wings. It bit into Monsignor’s neck and drank blood before feeding him its own blood.

The following day, Monsignor discovered that he had become decades younger. Believing the creature to be an angel, he decided to bring it to Crockett Island. If you are wondering exactly what the creature is, this is what you need to know. SPOILERS AHEAD.

Is the Creature in Midnight Mass a Monster, an Angel, or a Vampire?

It seems to have many of the traits that popular culture associates with vampires. It drinks blood, has bat-like wings, and can turn others into a variation of itself by feeding them its blood. Most importantly, exposure to sunlight is deadly to both it and the people who are resurrected because of its blood. However, the word “vampire” is not mentioned even once in the course of the series. And it seems that the other remedies that the popular culture prescribes, for instance, holy water, will not be much help against them. As he is a priest, we can assume that Monsignor Pruitt or Father Paul is exposed to holy water. And nothing happens to him because of that exposure. Other methods like garlic and wooden stakes are never mentioned in the show. 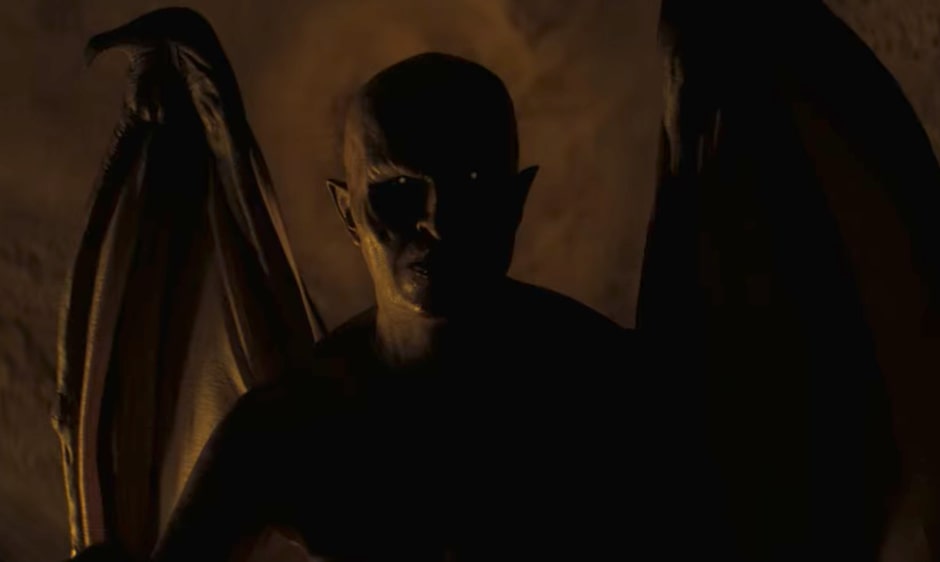 Father Paul seems to ardently believe that the creature is an angel and forms his arguments around that belief, using scriptures as references. He doesn’t arrive at that conclusion after evaluating all the evidence. Instead, he uses that notion to make sense of what happened to him. Perhaps this is where his greatest folly lies. He couldn’t accept that he had been turned into a monster, so he forced himself to believe that he had been blessed. Adhering to that delusion, he brought the creature to Crock-Pot. And the doom of the island’s residents came with it. The creature is definitely a monster. To be more precise, it’s Mike Flanagan’s interpretation of vampiric mythology.

Does the Show Offer Any Scientific Explanation for the Creature?

Yes, the show offers some scientific explanations for the creature. However, it is given as a hypothesis made by Dr. Sarah Gunning (Annabeth Gish). So, it is neither more nor less valid than any other explanations. According to Sarah, what is happening to the islanders is possibly an extreme variation of a blood disorder known as erythropoietic protoporphyria or EPP. People who suffer from EPP are anemic and extremely sensitive to sunlight. Sarah thinks that it belongs in the same family as EPP in the same way that common cold and bubonic plague are in the same family.

The creature’s blood can also aggressively repair cell damage. So, when a person ingests enough of the blood, their body begins to alter significantly. This is why Leeza can walk again, Monsignor Pruitt and Millie become decades younger, and Erin loses her baby. But it seems that after a person’s death, the component in the blood responsible for all this becomes so prevalent that the people carrying it become the vampires of legend. Ultraviolet rays can penetrate through their skin and can set their blood literally on fire. That’s how Riley, Father Paul, and the other transformed residents die. The last time the audience sees the creature, it’s trying to race the sun to the mainland on shredded wings. Considering that Leeza can’t feel her legs once more, we can deduce that creature has turned into ash as well.

Read More: Is Midnight Mass Based on a True Story?