When and Where Does Guillermo del Toro’s Pinocchio Take Place? 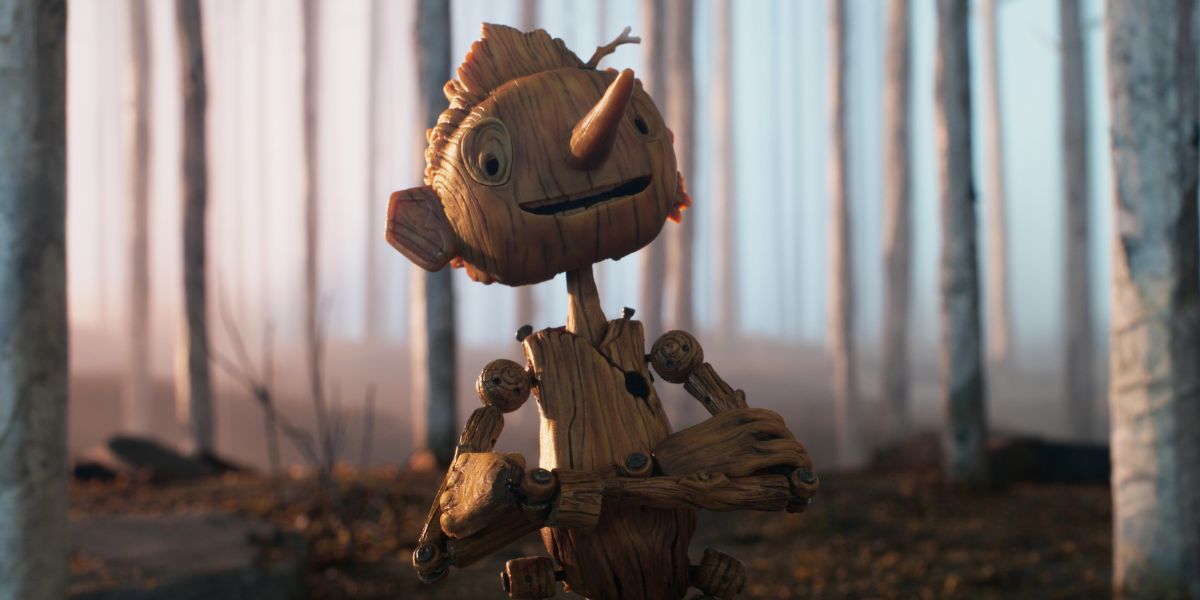 Netflix’s ‘Guillermo del Toro’s Pinocchio’ is a retelling of the classic children’s fantasy novel, ‘The Adventures of Pinocchio’ by Carlo Collodi. After losing his son, a wood carver named Geppetto carves a wooden marionette and wishes to be with his son again. A magical entity brings the puppet to life to end Geppetto’s sorrow and misery. Soon, the wooden boy named Pinocchio enters the world and learns how society and people function. But Pinocchio is also keen on finding himself and knowing who he is. Thus, the wooden boy sets out on a path of self-discovery.

Directed by Guillermo del Toro and Mark Gustafson, the stop-motion animated movie takes the audience to a whole new world that feels vintage and rustic. The archaic architecture and the mindset of several characters pique people’s interest, and they wonder about the movie’s backdrop and period. Well, look no further because we’ve got you covered.

‘Guillermo del Toro’s Pinocchio’ majorly takes place during the 1930s, and a small portion takes place during the First World War. At the movie’s beginning, Geppetto is next to his son Carlo’s grave, and we see the year of death as 1916. Soon, we discover that a few bomber aircraft drop their bombs on Geppetto’s village, and Carlo dies in one of the blasts. The incident and the year on Carlo’s grave establish that the movie starts during World War I. 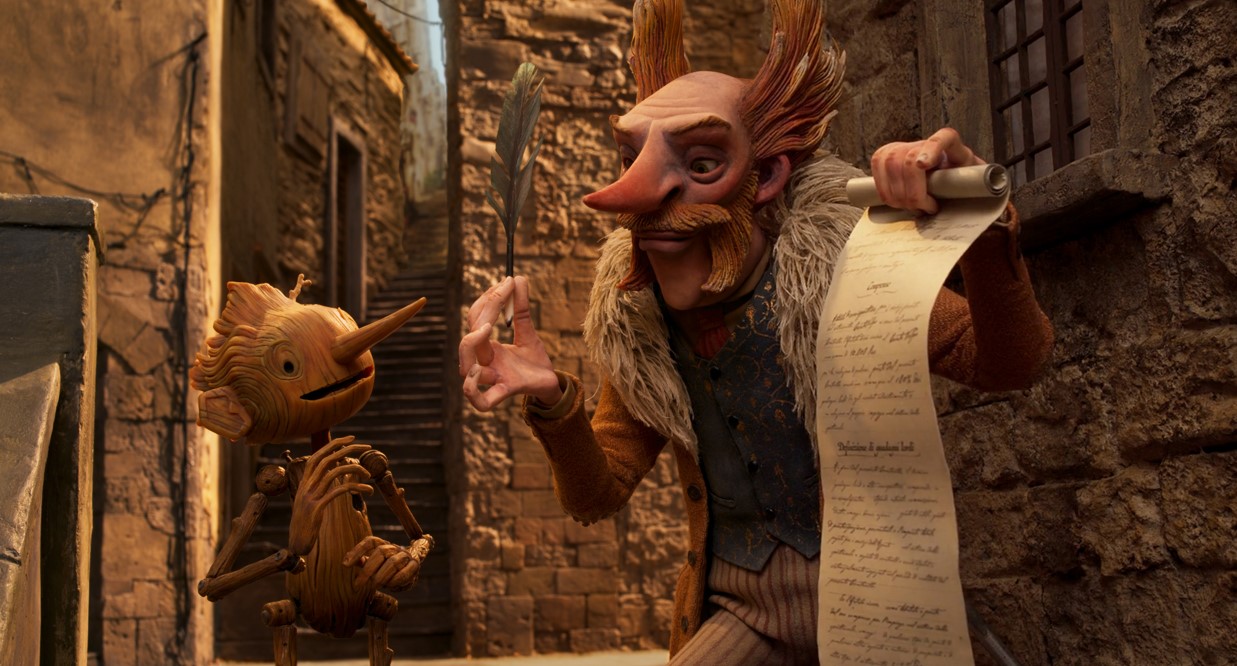 In an interview with The Hollywood Reporter, the writer-director said that the movie takes place in the 1930s. Besides this, numerous characters, mannerisms, and incidents indicate that Geppetto and Pinocchio are in the 1930s. The first instance is when a strict podesta fully extends his right hand with his palm facing downwards. The salute is known as the fascist salute, which indicates how fascism is on the rise in the country.

The second instance is when we see the Fascist Italy flag, which in real life was used between 1922 and 1943. The third clue is the presence of Il Duce, Benito Mussolini, at Count Volpe’s carnival. Benito Mussolini adopted the title Il Duce in 1925 after he became the dictator. Guillermo del Toro’s interviews and portrayal of the three instances help us deduce that the movie takes place in the 1930s.

‘Guillermo del Toro’s Pinocchio’ begins in a small village in Northern Italy. As the narrative progresses, Pinocchio travels to different places, such as Alessandria, Genova, Livorno, Firenze, Viterbo, and Catania. Geppetto and Pinocchio live in Torino or Milano, North of Alessandria. Right from the beginning, the flooring of the streets and the rural Romanesque architecture indicate that the story is set in Italy. Furthermore, we also see posters in the Italian language, which add authenticity to the Italian backdrop. 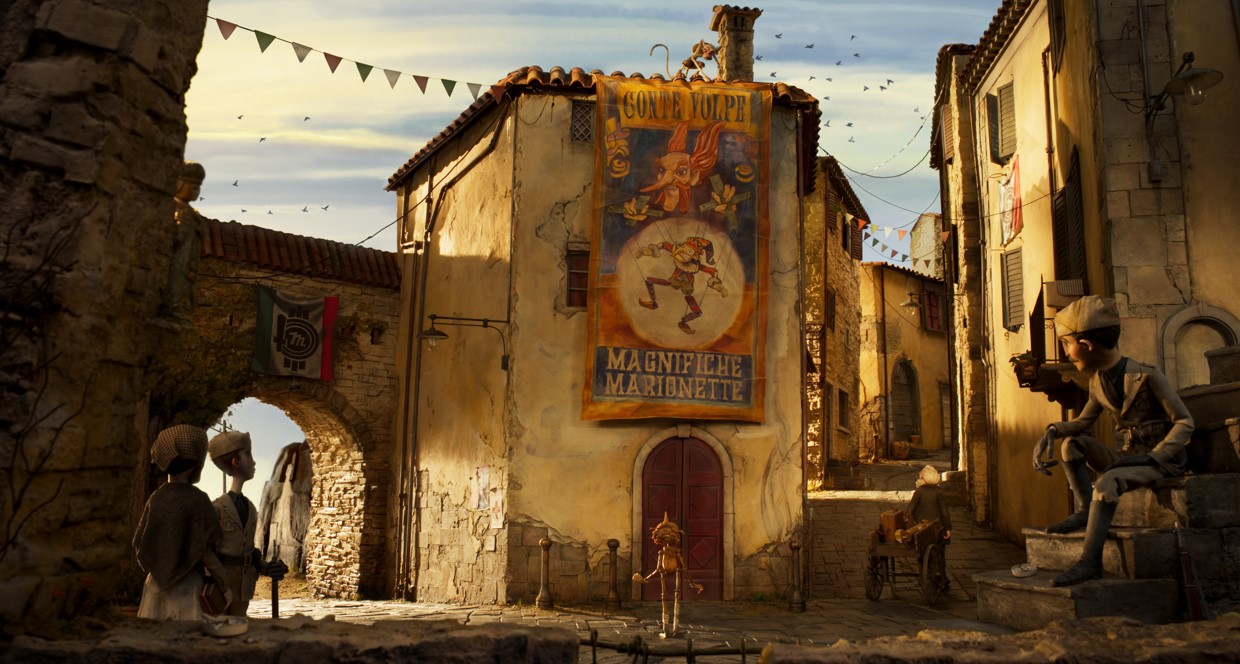 Although Pinocchio moves from one place to another, we do not see the locations much because the scenes merely show him performing and walking in the streets. But Italy during the 1930s is a much-needed backdrop for the film. Guillermo del Toro sets the stage for a political subplot through location and time. Pinocchio interacts with characters such as the podesta and goes to a training camp for young boys. He learns about fascist ideologies, leaders, and systems that prevent people from being free.

Guillermo del Toro leverages fascist ideologies and leaders to symbolize today’s authoritarian governments and views. Through Pinocchio, the director wants to establish that finding one’s own path, irrespective of society’s views, will lead to freedom from society and dictatorship. So, he uses 1930s Italy as the film’s backdrop to communicate this message.

Read More: Is Guillermo del Toro’s Pinocchio Based on a True Story or a Book?