When Calls the Heart Season 9 Episode 5 Recap and Ending, Explained 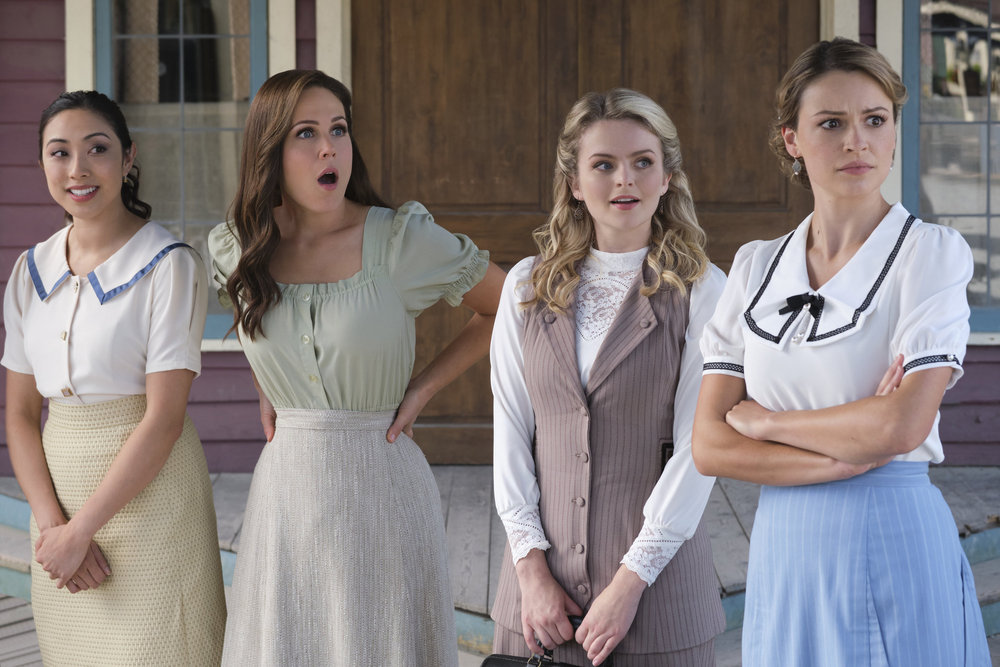 Season 9 episode 5 of ‘When Calls the Heart,’ titled ‘Journey into Light,’ sees Rosemary and Lee’s marital woes reach a turning point while Minnie decides to adopt a different approach toward Mr. Landis. To everyone’s delight, Nathan’s niece Allie returns to Hope Valley and their equation strengthens.

Things get even more interesting when Lucas gets a motorcycle and challenges Nathan to a race. While the townsfolk prepare to cheer for them, Fiona comes back from her trip as well but ends up upsetting Henry. Here is a breakdown of these events along with a detailed look at the ending of ‘When Calls the Heart’ Season 9 episode 5. SPOILERS AHEAD.

The episode commences with Rosemary sharing with Elizabeth that she feels Lee is losing interest in her since they began working together. Before they can discuss this further, Allie rides back into Hope Valley with Nathan and is thrilled to meet them. Later, she feels extremely upset about him not telling her about his accident. As Allie expresses her concern and further talks about her crush on Robert, they both share an emotional moment when she addresses Nathan as her father.

Elsewhere, Lee seeks Joseph’s help for a task and Bill tries to mentor Michael about being a more presentable mayor. Meanwhile, Nathan feels wary of Lucas doing business with Wyman Walden and tries to question him. Later, Lucas surprises Elizabeth by buying Lee’s motorcycle and ends up challenging Nathan to a friendly race. On the other hand, Minnie runs into Mr. Landis at the saloon and eventually invites him to their home for dinner, much to his surprise.

Mr. Landis finally arrives at the Canfield residence for dinner, and Minnie requests Cooper to behave nicely for her sake. Impressed by their hospitality, Mr. Landis too opens up and divulges how he was a music teacher earlier but eventually took up the school inspector’s job to earn better. He and Angela enjoy playing the piano together and later, he tells Elizabeth that this experience has inspired him to return to his old job. Moreover, he promises to try his level best with getting her certification approved.

Afterward, Fiona returns from her business trip to San Francisco, but Henry is rather disappointed that she went against him and convinced Jerome Smith to buy Lucas’ shares of the petroleum company. A curious Lee tries to coax Florence into giving away the name of Rosemary’s secret source but fails. In addition, Bill tries to warn Michael against being too lenient with Wyman and reminds him of his duties as the mayor.

When Calls the Heart Season 9 Episode 5 Ending: Do Rosemary and Lee Solve Their Problems?

Lee begins staying out of their home for long periods and avoiding Rosemary, thus leading her to believe that they have drifted apart due to running the newspaper together. Her suspicions increase when she finds a poem on his work desk, similar to the ones he wrote for her earlier. Fearing the worst, she shares her worries with Elizabeth and states that Lee might be unfaithful to her.

In the meantime, Lee has no such intentions and rather is busy preparing a surprise for his wife with Joseph’s assistance. Although, he does a rather poor job making excuses in front of her, thus landing him in trouble. At Lucas and Nathan’s race, Lee requests Rosemary to return home early. When she arrives, he presents her with the wooden chairs (that he has made with Joseph’s help) for them to sit in their garden together. Touched by this beautiful gesture, Rosemary realizes that the poem Lee wrote was indeed for her and that he loves her regardless of anything. The couple then promises to each other to stay the same and always make time for each other outside of work.

Who Wins the Race: Lucas or Nathan?

Nathan decides to race against Lucas on horseback and borrows Elizabeth’s horse Sergeant for the same, as his horse Newton is still recovering. Lucas, who has bought Lee’s motorcycle, repairs it and preps it for the race. Nonetheless, Elizabeth is concerned with his over-adventurous behavior and tries to caution him from being reckless.

On the day of the race, the Hope Valley residents become eager spectators as Nathan and Lucas set off on the decided course. Unfortunately, Lucas has to stop midway as his motorcycle breaks down and thus loses the race to Nathan and Sergeant. He further has to walk all the way home with the motorcycle.

All this excitement makes Lucas realize that his true happiness lies with Elizabeth and little Jack, and he decides to curb his adventurous spirit slightly to settle down. He and Elizabeth have an emotional conversation and hint about getting married sometime in the future, thus cementing their relationship.

Read More: Who is Mei Sou’s Husband in When Calls the Heart? Theories