Where Are Andy And Rachel Foster From Dated & Related Now?

Netflix’s ‘Dated & Related‘ is a unique reality show that combines the concepts of family and love in a way never seen before. Each season, the dating series invites several sibling pairs to a luxurious villa to find a romantic partner. Not only do the participants need to build their love life, but they must also help their siblings in their romantic ventures. All the love, heartbreak, and drama will ultimately lead one couple to win a grand total of $100,000 in cash.

Given that the first season’s production has now wrapped, fans are curious to know all they can about the competitors. Particularly, Andy And Rachel Foster, the brother and sister duo from Northern Ireland, captured the audience’s attention during their brief yet impactful presence. Naturally, their fans cannot help but wonder about what the two might be up to currently, and we are here to answer the same!

Andy and Rachel Foster were the last sibling pair to enter the villa in season 1 of ‘Dated & Related.’ Their arrival shook up some of the established relationships in the house and paved the way for new ones. Since the two entered, the Fosters could successfully command the attention of different housemates. After getting to know their fellow residents a bit more, Andy and Rachel had the opportunity to choose one person they would like to go on a date with. The former asked Corrina Roppo to be his date for the evening, while his sister decided on Ceylan Taneri. 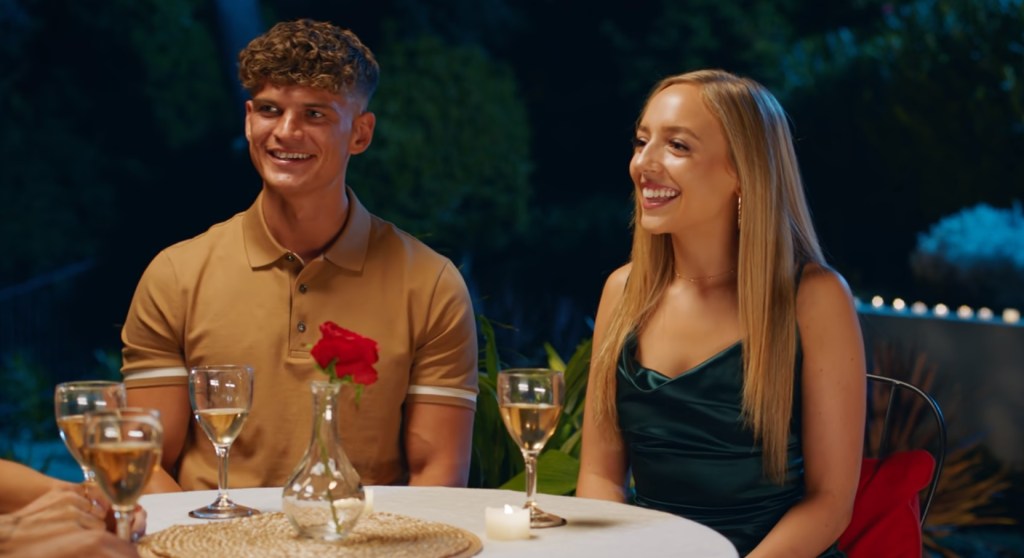 After the date, Rachel and Ceylan did end up kissing, though that made the Foster sister realize that she did not feel as strongly as she should for him. She talked about the same with him, and the two decided to separate for the time being. Meanwhile, Corrina, who had been tentatively involved with Henry Wade, spoke with him about her budding feelings for Andy, and the two decided to go their separate ways.

Rachel soon found herself in the middle of choosing between William Wade and Ceylan and ultimately ended up choosing the former, leading to the latter and Henry’s elimination. Interestingly, she soon realized that she might not be as compatible with the Wade brother as she might have liked. The two discussed the same, and the conversation made the Foster sister think that William’s intentions were far from genuine. This led to a massive confrontation between him and the rest of the girls; later on, William and Rachel decided to clear the air, where she shared she had not asked them to talk to him.

On the other hand, Andy started feeling that Corrina might be too nice for him and was afraid to break her heart. He stated multiple times that the pace of their relationship was far slower than any other ones he had been in before. This was mainly due to his fear of hurting the Roppo sister and his respect for her brother, Joey Roppo. After the confusion between the two about sharing a bed, Andy and Corrina had a heart-to-heart talk where she told him how she wished to wait till marriage to sleep with anyone.

Ultimately, the couple decided to stay as friends, and hence, Andy and Rachel remained seated in the finale when everyone was asked to stand up if they had found a romantic partner within the villa. For those interested, here’s what the brother-sister duo has been up to recently.

Where Are Andy And Rachel Foster Now?

Andy and Rachel’s failed quest to find a romantic partner on the Netflix show has not dampened their spirits. Currently, the Foster brother works as a quantity surveyor and a personal trainer. His passion for surfing is palpable for all to see, along with his interest in traveling, bodybuilding, and partying, among other things. Andy enjoys life to the fullest and does not seem to be in any significant relationship.

On the other hand, Rachel is making impressive strides in her career as a social media personality. Her popularity on the internet has led the reality TV star to partner with brands like BelfastSneaks. Presently, Rachel is affiliated with Grail Management, an organization that supports digital creators. We are sure her numerous fans were delighted to see her in the Netflix show. We wish Andy and Rachel the best for the future and hope they succeed in their professional and personal lives.

Read More: Where Are Mady and Lily Bajor From Dated and Related Now?