Where are Shamony Gibson’s Husband and Kids Now? 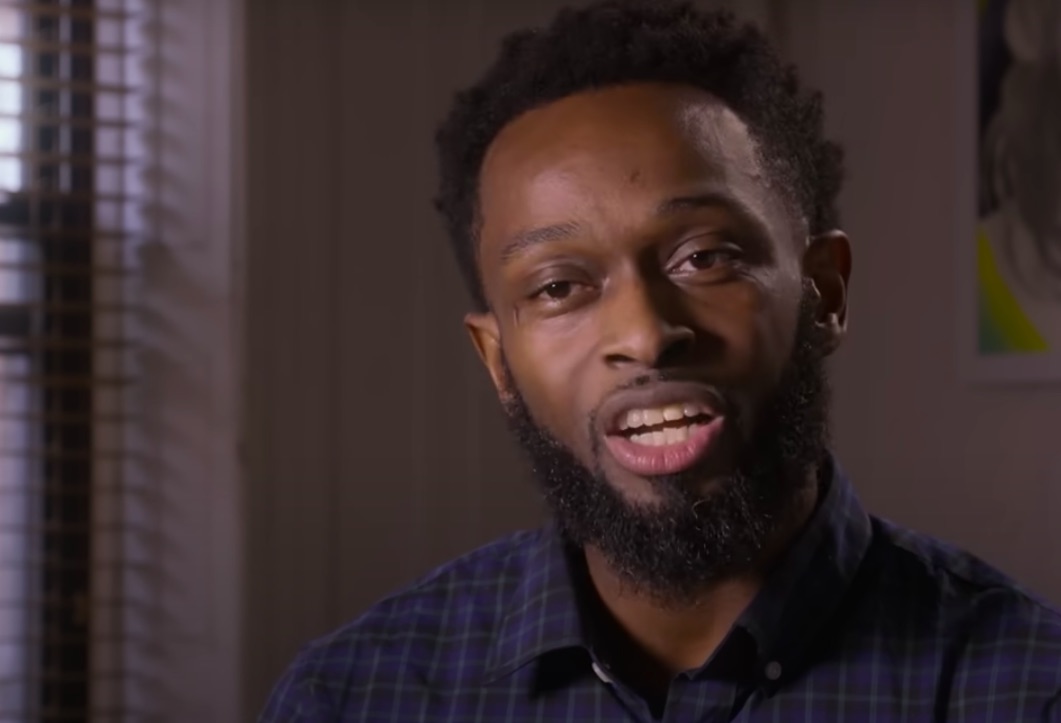 Hulu’s documentary, ‘Aftershock’ focuses on the issue of maternal healthcare. It follows the people who have been working for the cause and speaking out against the disparities in maternal healthcare that have led to the loss of many lives. The documentary features the story of two women, Shamony Gibson and Amber Rose Isaac. After their passing, their partners took up the cause to speak out and work towards making safe pregnancies a viable option for people. Shamony’s partner, Omari Maynard, has been a vital force in this direction. In case you’re wondering: who is Omari, and where is he now? Here’s what you should know.

Who is Omari Maynard?

Omari Maynard is an artist from Brooklyn, New York. He started dabbling in art at an early age and self-taught himself over the years. He studied Business Administration and Marketing at Hampton University and did a Master’s in Sports Business Management from the University of Central Florida. He pursued his artistic talents after graduating from college. Life imitates art for him as Omari draws inspiration from the people around him, structuring his work with cultural influences. With his wife, Shamony Gibson, he co-founded ‘Art-ful living’, through which the couple aimed to promote art as a way of life.

Omari Maynard and Gibson had been each other’s partners for several years. He considered her his muse and has created a lot of artwork around and about her. He faced a grave loss when Gibson passed in 2019, following a complication after a C-section. She had a pulmonary embolism, which is what Gibson’s mother had suspected, but her doctors failed to diagnose it. It was only a fortnight after giving birth to their second child that Gibson passed, and since then, Omari has dedicated himself to the cause of maternal healthcare in the country.

Where Are Omari Maynard and Kids Now?

Following his wife’s death, Omari reached out to other people who had lost their partners similarly. He discovered that there were a lot of men like him whose wives had died due to negligence on the part of their caregivers. In 2020, Omari met Bruce McIntyre, whose partner, Amber Rose Isaac, passed away due to complications in her pregnancy.

Since then, Omari has become a part of a community of men, reaching out to other fathers to show them support during such difficult times in their lives. As a way to express his love for his wife and his grief for her absence, Omari started doing portraits of Shamony. Later, he decided he needed to do a similar thing for other men as well, and since then, he has made a number of portraits, standing in solidarity with the families that faced an untimely loss.

He has also been very vocal about the systemic racism that has created a maternal healthcare crisis in the country. “If nobody said anything, if nobody fought for their rights, if nobody fought for their freedoms, then we wouldn’t live in the same world that we live in today. And I feel like honestly, it’s the same thing when it comes to the maternal mortality crisis,” he said. With Shamony’s mother, Shawnee Benton-Gibson, Omari has created The ARIAH Foundation, through which they advocate for reproductive rights and help people heal through artistic ways.

Being a single parent to his two children, something that he was supposed to do with his partner, brings him face to face with his loss. He attends rallies and is very indulged in the activism of the cause, but it can sometimes take an emotional toll. “There are definitely moments where I’ve felt like I don’t have the bandwidth to grieve and just be in a space in which I can hold people up. Because I’m down at this point,” he said. However, being with people who are rallying for the exact cause and trying to make the world a better place for others reignites the fire within Omari to carry on the legacy of his wife.

Omari further added, “Once you get there, it’s a whole experience because you’re feeding off of other peoples’ energy and you’re in a space where you understand that this is a collaborative thing. This is not something that we’re trying to tackle as individuals. So if we create a space in which I can hold you up and it works vice versa, it makes the movement a lot more palatable.”

Omari lives in Brooklyn with his two kids, Anari and Khari. He also has another son named Uriah Zahir from a previous relationship. Anari recently graduated from preschool. The extremely proud expressed his happiness on social media, saying, “Shamony fought tooth and nail to get Anari into the best preschool in the country.” Omari currently works as a Resource Coordinator for the Police Athletic League, which is a non-profit providing “access to fun-filled academic adventures, sports, art, job training and mentoring in underserved neighborhoods throughout New York City.”