Where is American Song Contest Filmed? 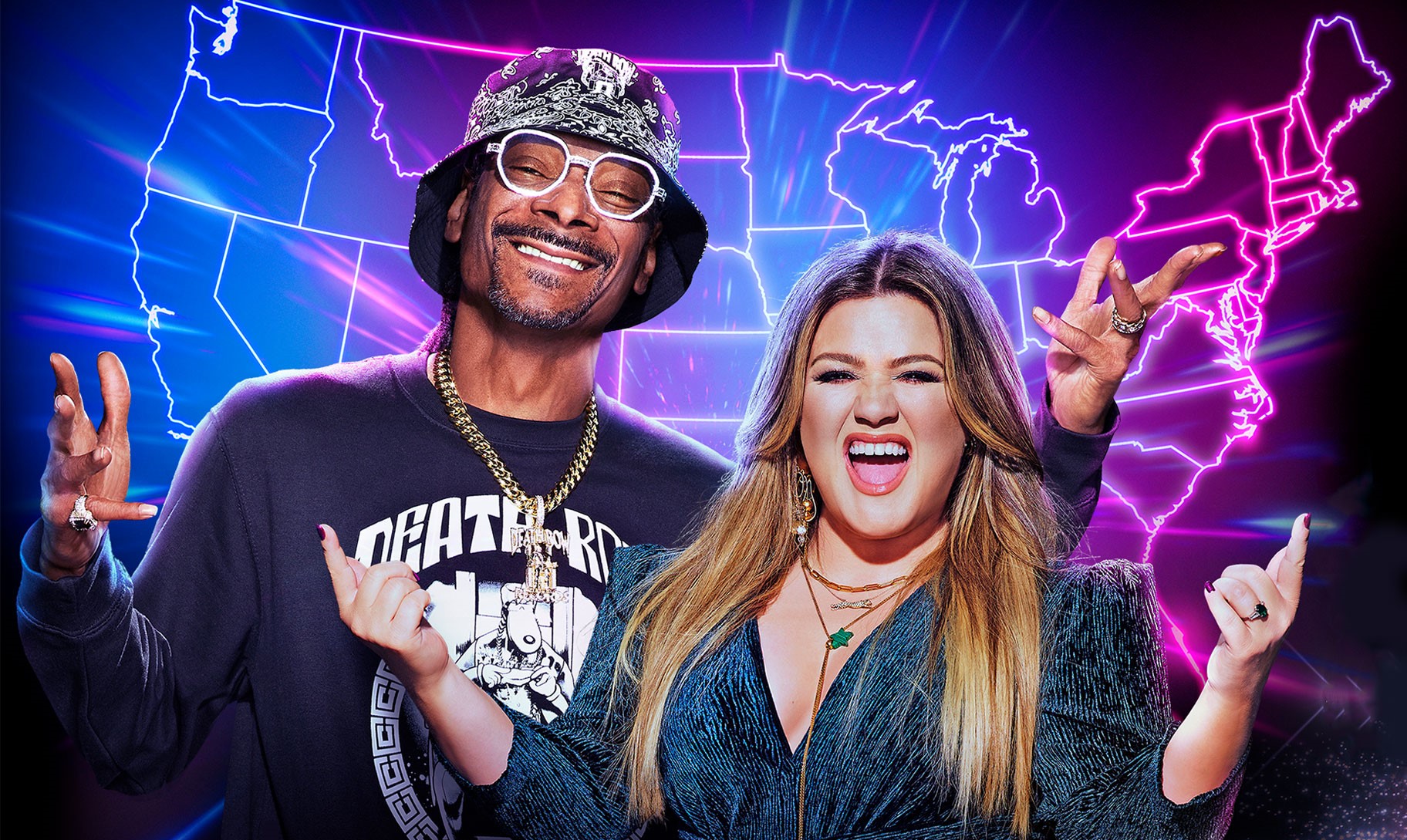 Based on the long-running and popular ‘Eurovision Song Contest,’ ‘American Song Contest’ is an eight-week-long music reality competition series that features live performances from different artists representing 50 different states of the USA, five territories, and the capital. The participants perform original songs across several genres for the country’s votes in order to be crowned the winner of the competition and earn the title of Best Original Song. The ‘Eurovision Song Contest’ spin-off includes five episodes of qualifying rounds, which is followed by two episodes of semi-finals, and then the grand finale.

Each participant or group representing their state or territory performs an original song, and acts can involve a solo artist, a duo, a band, or a DJ. Aside from its interesting format, the music competition is made even more entertaining by the presence of the famous rapper Snoop Dogg and the talented singer-songwriter Kelly Clarkson, who host the show. The visuals of the series suggest that it is shot in a studio facility. So, it is natural for many fans to be eager to learn where ‘American Song Contest’ is lensed. In that case, here is what you need to know.

‘American Song Contest’ is filmed in Los Angeles County, California, particularly in Universal City. Apart from being the most populated county in all of the United States, Los Angeles County boasts a wide range of landscapes, including valleys, mountain tops, lakes, dense forests, rivers, deserts, and islands. Thanks to the versatility of this region, it has served as a production location for many movies and TV series over the years, such as ‘Bridesmaids‘ and ‘The Proposal.’

The principal photography for the first season seemingly commenced around February 2022 and is expected to wrap up in April 2022. Now, let us put your doubts to bed and share what we know about the places where the series has been lensed!

In 2019, the European Broadcasting Union (EBU) officially gave the green light to the Eurovision competition producers, Christer Björkman and Ola Melzig, for producing an adaptation of ‘Eurovision Song Contest’ for the United States market. The music competition show was originally slated to premiere on February 21, 2022, but the date got pushed ahead due to the Omicron variant of COVID-19.

In March 2022, Billboard sat down to interview two of the executive producers of the show —Christer Björkman and Anders Lenhoff. When asked about their experience of filming in and around Los Angeles for such a long time, Christer admitted that the place grew on them, “… you start distinguishing that area from that area and then all of a sudden, you have favorite areas. And then it’s like, “Oh my god, this is really neat.” It grows on you. I wouldn’t say it’s on the same level of New York, but it’s getting there. It’s getting there slowly but surely.”