Where is Angelyne’s Wendy Wallach Now?

Peacock’s original biographical drama series ‘Angelyne’ explores the interesting life of the eponymous “billboard queen” of Los Angeles, who became an iconic figure in the 80s. Created by Nancy Oliver, it further delves into the numerous people who impact her journey to fame. This includes Harold Wallach, a print company owner who is Angelyne’s first manager and investor. Their work relationship has a deep effect on his family, especially his daughter Wendy, who gets deeply irked by her presence. But like most of the characters in ‘Angelyne,’ is Molly Ephraim’s Wendy also based on an actual person? Let’s find out.

Is Wendy Wallach a Real Person?

Yes, Wendy Wallach is allegedly based on Katherine Saltzberg (née Maisnik), the daughter of Joy and Hugo Maisnik, who helped Angelyne get her first billboard in 1984, and subsequently became her manager. Born on August 12, 1962, Katherine met Angelyne when her father started working with her around 1982. In a 2017 episode of ‘The Odd Podcast,’ she shared how the media influencer’s equation with Hugo caused disruptions in the Maisnik household.

As per Katherine, Angelyne called her father daily around 6 am, which annoyed her and her sister Laurie, as Joy disliked the calls. Thus, one day, Katherine took matters into her own hands and received Angelyne’s call in Hugo’s absence, admittedly telling her to stop calling their home in Monterey Park, Los Angeles. Around that time, the young girl also debuted as an actress in the ABC sitcom ‘Star of the Family,’ essaying the role of the protagonist Jennie Lee Krebs.

Unfortunately, the show was canceled after ten episodes, but Katherine was nominated for Best Young Actress in a New TV Series at the Annual Youth in Film Awards. She started studying voice at the age of nine and did a course at the Pasadena Community College after school. Katherine was studying at the Musical Theater Workshop in Los Angeles when she got selected for the show. In the podcast, she divulged that Angelyne had become such a big presence in the city that everywhere she felt conscious of her influence, she had to try hard not to be affected.

Katherine added that she did not wish Hugo’s connection to the billboards to become public; thus, she avoided conversations about Angelyne. Hence, she admittedly implored her father not to work with the LA icon anymore but had little success. According to Katherine, Angelyne allegedly stole small sums of money from Hugo’s cards, and he was aware of it. However, as per his daughter, Hugo was too amused and intrigued by Angelyne’s personality and considered her harmless.

In 2009, Katherine wrote and performed ‘Los Angelyne,’ a one-woman show wherein she reminisced about Angelyne’s impact on her family life. It was an autobiographical theater performance and a deeply personal recollection of her opinions on the billboard model. Although, she does acknowledge that Hugo and Angelyne’s relationship was entirely platonic and that he always remained faithful to his wife.

Where is Katherine Saltzberg Now?

In 2018, Katherine Saltzberg and her sister Laurie Fraser, who is also an actress, appeared on ‘Shark Tank’ to pitch Hugo’s Amazing Tape, a non-adhesive tape invented by their father in 2002. Hugo died in 2018, and the product’s patent expired, so his daughters decided to continue his legacy and aimed at $50,000 for a 50% stake in the company. Sharks Lori and Mark bought Hugo’s Amazing Tape for $100,000. Today the product is available at Walmart, the online website, and other retail stores. 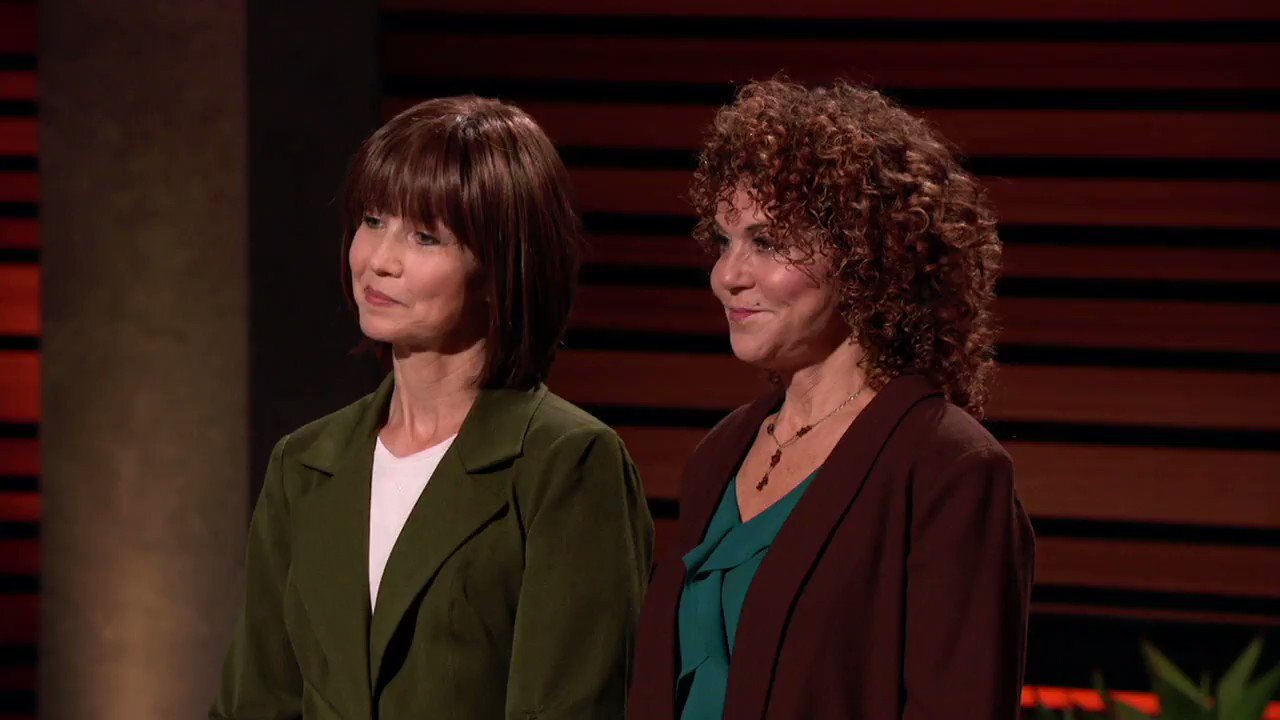 Presently, Katherine lives with her husband and children in Sherman Oaks, California. She works as a certified Parenting Coach and takes consultations via her website. In ‘The Odd Podcast,’ she disclosed that shortly after Joy passed away in 2012, Angelyne had visited Hugo in his retirement home in Westwood and had taken him for an outing without consulting them.

Regardless, Katherine did not mind it and was touched when Angelyne continued using Hugo’s voice clip for her voicemail number even in 2017. This was crucial in helping Katherine make peace with the billboard queen’s influence on her father. Both women were in touch until then, but it is unclear whether they still contact each other or not.

Read More: Is Angelyne’s Jeff Glasner a Real Journalist? Where is He Now?