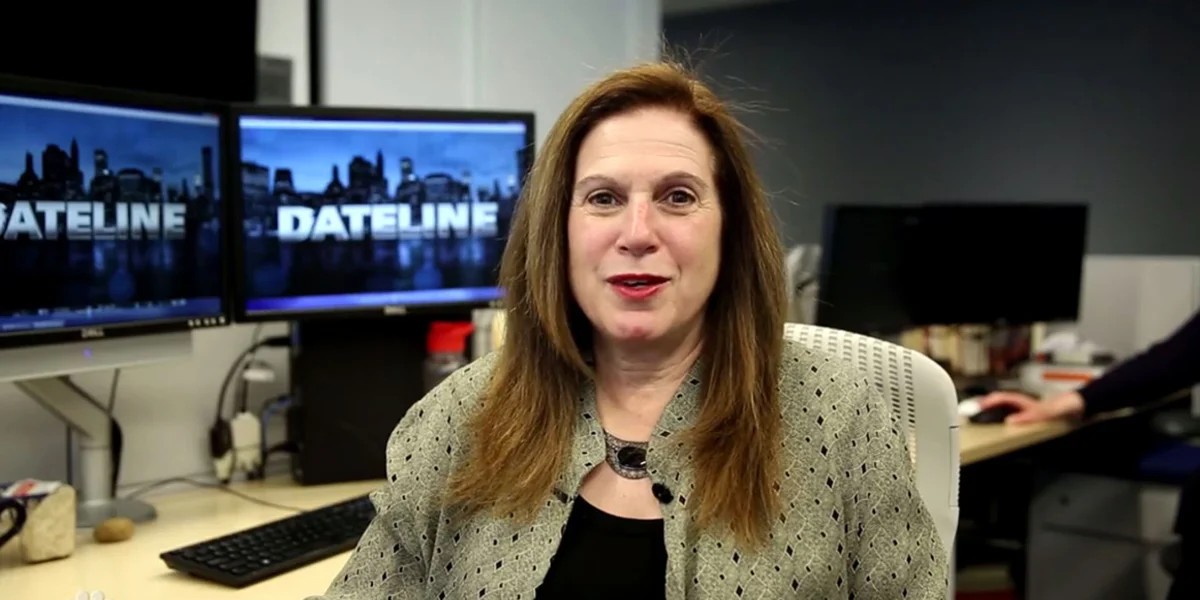 ‘The Thing About Pam‘ is a crime drama series that brings the viewers’ attention to the sensational murder case of Betsy Faria. The series is based on the Dateline NBC true-crime podcast of the same name. It follows Pamela “Pam” Hupp and examines her role in the murder of her best friend, Betsy Faria.

The real-life case has been extensively covered in the aforementioned podcast and episodes of ‘Dateline NBC.’ Therefore, it is no surprise that producer Cathy Singer enters the show’s narrative fold in episode 3. If you wish to learn more about Cathy Singer and her current whereabouts, here’s everything you need to know!

Who Is Cathy Singer?

Cathy Singer is a television producer and journalist best known for her work on the news magazine/reality series ‘Dateline NBC.’ The series features numerous moments covering the Betsy Faria murder case, the ensuing trial, retrial, and acquittal of Russ Faria, and the alleged role of Pam Hubb in the murder and misleading the investigation. All the major events of the case were covered by Singer, a producer on ‘Dateline NBC,’ when the news of the murder first broke out.

Her journalism career way back in 1977 by working at a local weekly newspaper in Illinois. She worked for various news outlets in Los Angeles and at CBS News in New York during the 1980s. Singer became a producer for ‘Dateline NBC’ in 1994 and was a driving figure in the extensive coverage of the Betsy Faria murder case. She first learned of the case through Russ Faria’s relatives in 2013.

Interestingly, Pam Hupp was convicted for the murder of Louis Gumpenberger, which took place on August 16, 2016, and officials believed that Pam was able to lure him to her house by pretending to be Cathy, the ‘Dateline’ producer. As per Pam’s accounts, she came back from a thrift store to find that a man — Louis — had been dropped off outside her house. She then claimed that he rushed at her with a knife and that she eventually killed him in self-defense. But given that Louis was disabled (due to a previous accident), he could not have mounted the attack that Pam claimed took place.

This is when authorities found out that about 45 minutes before Louis’ death, Pam was in his neighborhood. Although Pam claimed to be visiting her daughter, whose house was in the vicinity, a man and a woman reported that they were approached by a woman who worked for the NBC show. This woman wanted a soundbite for an episode pertaining to 911 calls in exchange for a thousand dollars. This exchange apparently took place on August 10, 2016, and the woman initially agreed to participate. However, when this supposed producer was unable to produce credentials, the woman backed out. The latter eventually went on to identify Pam as the ‘Dateline’ producer.

Where Is Cathy Singer Now?

Authorities believed that Pam lured Louis with the same ruse. She was driving around the area, introducing herself as “Cathy from Dateline,” and this was supposedly also a tactic to distract officials from uncovering the truth behind Betsy’s murder. The real Cathy commented on the whole ordeal and said that Pam could have felt okay impersonating her because “I think because I had been in St. Louis many times covering this story and we had aired our third TV show about it by then. And I am female, I was probably an easy but effective person to use in her scheme.”

Needless to say, the real Cathy was quite shocked upon finding out the truth. Singer also produced the true-crime documentary podcast series ‘The Thing About Pam.’ The television series ‘The Thing About Pam’ features a fictionalized version of Singer, who is introduced in the third episode of the series. In the series, Singer arrives in Troy, Missouri, to speak with defense attorney Joel Schwartz and learn more about the Betsy Faria murder case.

Singer has continued to work for ‘Dateline NBC’ for several years and continues to work with NBC News. She has also served as a freelance journalist for reputed news publishers such as The New York Times. Singer currently resides in Chicago, Illinois, and prefers to work from her home. She has two sons and one grandson.

Read More: Who Narrates The Thing About Pam?