Where is Faith Evans Now? 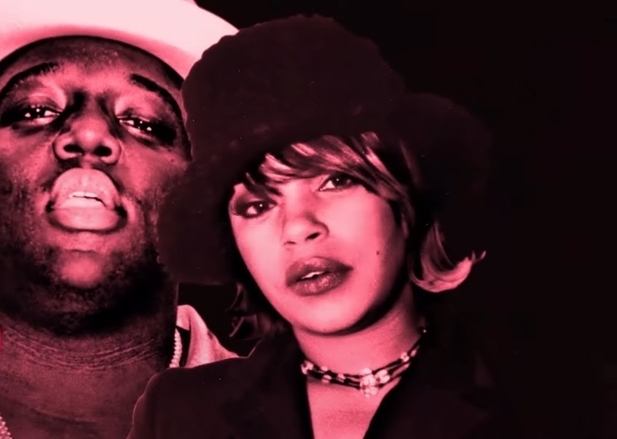 Faith Evans remains one of the most recognizable names in R&B and Hip Hop. While her talents are in no way unputdownable, many remember Evans because of who she was married to, at one time. Yes, we are talking about Christopher Wallace, aka, The Notorious B.I.G. or Biggie Smalls.

Biggie, who broke out with ‘Party and Bullshit’, a raucous track exemplifying high life in the hood, with girls, drugs, guns and plenty of bravado, proved himself to be East Coast’s answer to the West Coast overdose, including the likes of Tupac and Dr. Dre. Ultimately, the East Coast and West Coast rivalry would overshadow everything with Tupac countering Biggie’s ‘Who Shot Ya?’, with one of the best diss tracks of all time, ‘Hit ‘Em Up’. This rivalry escalated to the point where both rap legends were shot and killed.

Biggie’s murder remains unsolved and has been the focus of many documentaries, but Lifetime’s most recent foray into the ‘Juicy’ singer’s life, titled ‘Hopelessly in Love’, seeks to shine a light on the scandalous love story of Faith and Biggie. For those unaware, the couple’s marriage had its fair share of drama as Faith had caught Biggie in bed with Lil’ Kim. However, Faith has blasted the documentary for dredging up old wounds, including Biggie’s infidelities and his rivalry with Tupac. Evans has been vocal about preserving Biggie’s legacy, which she believes the documentary seeks to soil.

Moreover, she has alleged that she was duped into believing the documentary would be a positive piece with a little more of her background. Instead, it has turned out to be a sensationalization and dramatization of events, according to her. With Biggie and Faith’s relationship once again in the spotlight, coupled with Faith’s vocal protestations, you might be wondering about where Faith Evans is currently, and what she is doing. We have got you covered in that regard.

Who is Faith Evans?

Faith Renée Jordan, or Faith Evans, is a force to be reckoned with, in the world of music. She became the first female artist to sign a contract with Bad Boy Entertainment. She released some stellar work at the time, including ‘Keep the Faith’, before signing with Capitol Records and working with them until they were bought out. Apart from dominating the field of music, Evans has also tried her hand at television shows and films.

She has cameos in ‘Love & Hip Hop: Atlanta’, and has appeared in a music drama, ‘Turn It Up’, as well as MTV’s romantic comedy, ‘The Fighting Temptations’. Evans’ 2008 autobiographic book, ‘Keep the Faith: A Memoir’, won the 2009 African American Literary Award for Best Biography/Memoir.

Faith Evans married Biggie nine days after meeting him during a photoshoot for Bad Boy. The two tied the knot on August 4, 1994.

Where is Faith Evans Now?

After Biggie’s death in 1997, Evans has remained dedicated to preserving his legacy and has maintained that their love was very much real. She has also taken steps to be mature about things and bury the hatchet when needed. This includes making up with Lil’ Kim, with Evans saying that it did not make sense to stay mad at her late husband’s mistress.

The two even planned on collaborating for a tribute album to Biggie, with Evans realizing that Kim’s signature growl was needed for ‘Loving You for Life’. Ultimately the collaboration remains an example of Evans taking the high road.

Evans has one child with Biggie, C.J. Wallace, but has four children of her own. Of that, she has had two children with Todd Russaw, the music executive, who Evans married later in the same year that Biggie died. The two had a rocky marriage, including an arrest for drug possession, and finally divorced in 2011.

In 2016, Evans was romantically linked to Stevie J, who she had known for almost 25 years. The two worked together in the 1990s on the Bad Boy Label. Stevie J happened to be close to Biggie and is the godfather to Faith and Biggie’s son. Ultimately, Faith and Stevie’s romance apparently ended in 2017.

However, the couple got back together in June 2018 and married in a Las Vegas hotel with close friends and family present. Currently, Evans is married to Stevie, and plan on having kids together. Faith is still bent on keeping Biggie’s memory alive while promoting his work. In fact, in 2016, she had announced a posthumous Notorious B.I.G. album titled ‘The King & I’, which finally came out on May 19, 2017. Unfortunately, the album, which includes some of Biggie’s closest friends like Snoop Dogg, has not sold too well and has received scathing reviews.

Despite bashing Lifetime’s documentary for opening old wounds, Evans has taken to social media to actually help secure Biggie’s place in history, by trying to get him inducted into the prestigious Rock and Roll Hall of Fame. Biggie is a nominee for the 2020 induction, and Evans has taken to Twitter and Instagram to urge her fans to vote and help make it a reality. Notably, Biggie’s rival, Tupac, was posthumously inducted in 2017.

Only a few more days left to vote for the late, great Notorious BIG to be inducted into the 2020 Rock & Roll Hall of Fame! #RockHall2020