With Netflix’s ‘Conversations With a Killer: The Jeffrey Dahmer Tapes’ exploring the horrific tale of the titular serial killer, aptly monikered Milwaukee Monster, we get a complete insight into his warped mind. That’s because this three-part documentary series charts every aspect of his heinous offenses through not just his own narrative but also the first-hand accounts of everyone close to the matter. Amongst them is, of course, his primary defense attorney, Gerald “Gerry” P. Boyle — so now, if you wish to learn more about him as well as his current standing, we’ve got the details for you.

Who is Gerald “Gerry” Boyle?

Although Gerry is an undeniably acclaimed high-profile Criminal Defense Attorney, the truth is he has been on both sides of the law since he didn’t initially know the direction he wished to pursue. The Wisconsin native actually kickstarted his career as a Supreme Court Justice’s clerk upon graduating from law school before moving on to serve as a local Governor’s assistant legal counsel. He then joined the District Attorney’s Office in 1965 and even held the post of Chief Prosecutor for a while, that is, until he decided to open up a private practice after losing the 1968 elections. 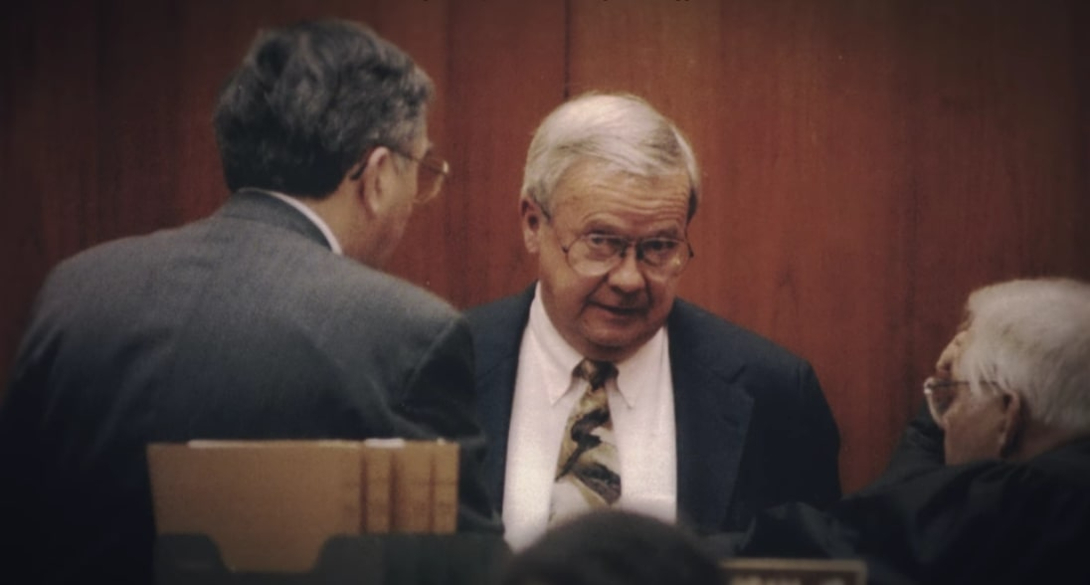 Gerry, thus, credits his unsuccessful campaign to be Milwaukee County’s DA for his long-lasting career as an independent lawyer, especially as it pushed his ambitions in a way he never expected. The fact he was able to quickly hone his skills in court also played a crucial role in helping him establish a name for himself in criminal defense, which is why Jeffrey’s father, Lionel Dahmer, hired him in the late 1980s. That’s when the then-28-year-old felon was accused of sexual assault involving a minor (for which he pled guilty), and Gerry was retained following his ultimate apprehension in July 1991.

“My duty and my goal [during the early 1992 jury trial] were to prove [Jeffrey] was insane during the commission of [his] offenses,” Gerry openly stated in the Joe Berlinger-directed original. However, despite the fact he failed to do so — the serial killer was found legally sane and sentenced accordingly — it doesn’t appear as if this is a loss that weighs heavily on the attorney. After all, he remarked, “Jeffrey Dahmer, he didn’t care. He had no sympathy for [his victims]. He had no remorse. And as far as I know, he never felt bad for the people he harmed; all the damage he did.”

Where is Gerald “Gerry” Boyle Today?

From what we can tell, Gerry Boyle practiced law for a total of 53 incredible years before stepping aside for good in 2018 due to unspecified medical incapacity, meaning he’s simply too sick to work. He did have several more high-profile cases within this period, including his defense of former Green Bay Packer Mark Chmura as well as winning a fired business executive $24.7 million in “the Seinfeld case.” Yet, his success soon became marred with complaints — towards the last few years of his career, he was accused of not being meticulous enough in his work despite having taken his fees upfront.

Then there was also the fact Gerry had allegedly accepted $10,000 in one criminal case and $15,000 in another back in 2015, only to not deposit either in a trust account as required. This particular allegation against him had made its way to the Supreme Court, but it was suspended, along with his license, once he stepped away from active practice in late 2018.

Therefore, it seems like Gerry is currently leading a quiet life well away from the spotlight in Mequon, Wisconsin. Though, there’s even a high possibility he often spends some time in Florida to be near his children/grandchildren. We should mention the now 86-year-old reportedly lost his health in the summer of 2017 and has unfortunately never wholly recovered.