Where is JJ Frankie JJ? Who are the Policetti Brothers on Shoresy? 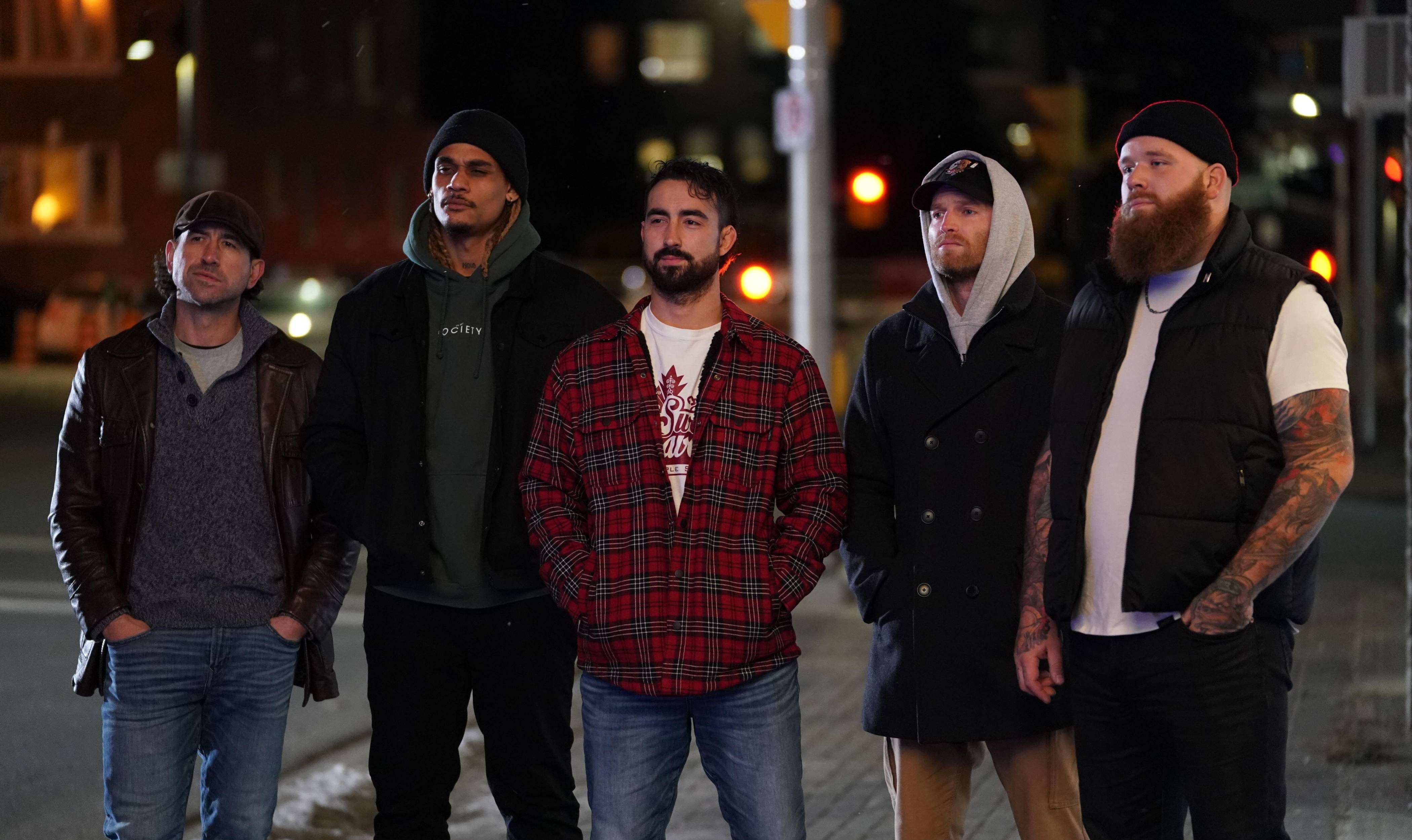 ‘Shoresy’ follows the popular ‘Letterkenny‘ character after he moves to Ontario to join an AAA-level hockey team. Unfortunately, the Sudbury Bulldogs are on the verge of disbanding following a string of defeats. Shoresy is having none of it and launches into an audacious plan to get the Bulldogs back to the top. Most notably, our chipped-toothed hero vows to never lose another match.

A number of quirky characters join the comedic chaos that ensues, including the star hockey player from Quebec, JJ Frankie JJ. There is some serious history between Shoresy and JJ from their interactions in ‘Letterkenny.’ Then there are the Policetti brothers, quite possibly the strangest additions in a show littered with quirky characters. The season ends with JJ seemingly missing, and the brothers have a bit of an unflattering reputation. Could it all be connected? Let’s find out. SPOILERS AHEAD.

Where is JJ Frankie JJ?

JJ Frankie JJ’s full name is Jean-Jacques François Jacques-Jean. The hockey player is a legend in Quebec, and despite Shoresy’s unwarranted attack during a previous game, JJ forgives him and agrees to play for the Sudbury Bulldogs. The imposing player is accompanied by his girlfriend, Lauren, who constantly fauns over him. That is until JJ cheats on her with Instagram celebrity Laurence Leboeuf.

In the season finale, hours before the championship match, JJ goes missing. Shoresy is eventually told that JJ has returned to Quebec in order to make up with his girlfriend, who spots JJ in a compromising position with Laurence. We don’t see JJ again, and it remains unknown if Lauren forgives him. However, the team is in a bad place without one of their star players, and Shoresy is forced to pick one of the less experienced players to replace JJ.

Who are the Policetti Brothers?

The Policetti Brothers are related to Mercedes, who happens to be the Sudbury Bulldogs’ coach, Michaels’ girlfriend. Michaels doesn’t remain coach for long, and the opening episode sees him threatening to shut down the team when Shoresy jokes about how Mercedes has had affairs with many of the team’s players. In fact, there are two aspects of Mercedes that are repeatedly extolled. First, she has had affairs with many of the team’s members, including Sanguinet. The second is that her brothers are unbelievably strange.

When we finally see Mercedes’ brothers, their reputation as being overly weird is confirmed. Since Mercedes is from a crime family, her two brothers are called the Policetti Brothers. Being from a crime family also makes the strange pair of brothers highly dangerous, though their expressions seem to hint otherwise. We finally see the brothers when they are called in to help the hockey team deal with a local bully named Phil. After Shoresy takes Phil down with a beating, the latter attacks team members of the Sudbury Bulldogs.

We don’t get to see how the Policetti brothers ultimately deal with Phil, but the results are hilarious. The bully shows up with his accomplices dressed as a chicken and offers the team members an apology. They then drive the team members to their hockey match reverently, and it seems like Phil’s bullying days are behind him after his encounter with the gangster brothers.

Read More: What Does Shoresy Always Say? What’s His Catchphrase?